Melbourne's athletics track classic next year will be renamed the Maurie Plant Track Classic and draw in some of the competition's top stars to honour one of its most important figures.

The biggest names in Australian athletics came together at St Ignatius' Church in Richmond on Wednesday for Plant's funeral. 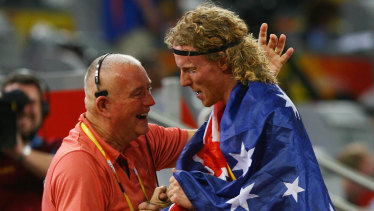 The late Maurie Plant, left, with Steve Hooker at the Beijing Games.Credit:Getty Images

Olympic and world champions Cathy Freeman, Steve Hooker and Sally Pearson were among the mourners to pay tribute to Plant at the church and then the MCG.

Plant was one of the most significant figures in Australian athletics, albeit one with a low public profile. This was despite his work with the BBC and other broadcasters in delivering intelligent and knowledgeable coverage.

Bruce McAvaney spoke emotionally of his long relationship with Plant, who was often by his side either feeding him information or behind the microphone over decades of the world's biggest events. 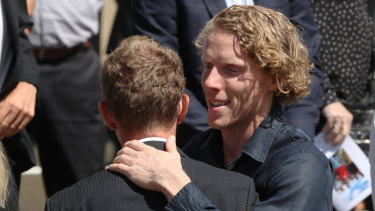 Hooker at Plant’s funeral on Wednesday.Credit:AAP

McAvaney joked of how Plant was famously uncomfortable with offering praise but was liberal with his thoughts if McAvaney had a down call.

As a caller he was equally forthright. On one occasion he intoned of a female Eastern European competitor (later confirmed to be a drug cheat) that she looked more and more like her athlete husband every day.

Plant was not diplomatic, yet diplomats across the globe mourned his passing.

IAAF president Sebastian Coe was forced to withdraw late from attending the funeral but had been a lifelong friend. 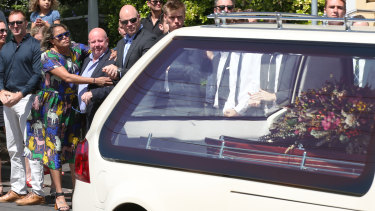 Cathy Freeman is among the crowd paying their respects.Credit:AAP

Plant was a rare figure in that he was impossible to categorise. He was equal parts broadcaster, agent, meet organiser and manager.

Or, as his long-time friend and business partner Brian Roe called him, simply "a facilitator". 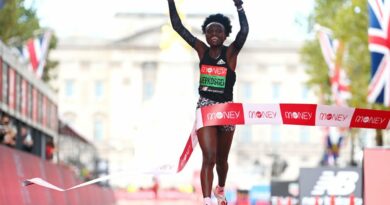