Maddie Coates is taking a positive approach to the task she has been set of being the first athlete to start behind scratch since the Stawell Gift became a 120-metre event in 1973.

For the national 200-metre champion, starting a metre behind scratch in Australia's richest footrace this weekend will give her more time to catch up to her competitors, says coach Scott Roswell. 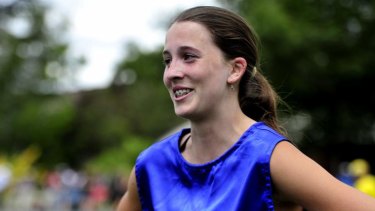 "What they've done in the past doesn't benefit her – usually they push everyone else forward and it makes the race a bit shorter for everyone else and gives her less time to catch them," said Roswell, who also coaches returning champion Jacob Despard and Jara Konteh in the men's gift.

"As much as we'd like her to be not behind scratch, we prefer it to be that way when she has got more time to catch up to her opponents.

"She can finish really strongly and really catch them over the line at the end."

However, Roswell, her coach of seven years, said she had been recently training for shorter sprints, as she was aiming to make the Australian 4 x 100 relay team.

"She is better on the longer stuff with her long stride, but we've been working on her shorter speed as well," he said.

Coates isn't daunted by her mark, Roswell said. "It is a challenge, obviously, because she's got to run a lot further than everyone else.

"But it sort of gives her confidence too that she's the fastest in the field – and she's got to be confident in her abilities to be able to catch up."

As for her chances, Roswell is hedging his bets. "I think if she runs to her potential she'll be in the mix.

"If she got into the final off that mark I think it'd be a great achievement."

In addition to Coates, Roswell also coaches the men's backmarker this year, defending champion Despard, who will start on 0.75 metres.

"They are the two fastest athletes in the race so it's an honour for me to have them as the male and female backmarkers," he said.

"It'll definitely be exciting obviously to see these guys to try and catch up from the back." 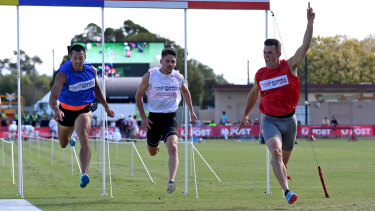 Roswell, who has been Despard's coach for two years, acknowledges it will be "an even bigger challenge" for the 22-year-old to achieve consecutive titles, a feat only achieved by one other competitor, Bill Howard, in 1966-'67.

"There's a slight potential there to see him go back-to-back," he said of Despard, who won last year off 4.5 metres.

"He runs really well on grass so we're hoping he can find himself a couple of metres."

As for Jara Konteh, newcomer and second favourite with the bookmakers, Roswell is optimistic.

The 19-year-old burst onto the athletics scene after winning the first professional race he competed in, the Keilor Gift, in February. The Stawell Gift will be just his second pro race.

After a hellish 2018 that saw Konteh battle hamstring injuries and miss the world junior  championships, Roswell, who has been coaching him since Christmas last year, says he has been steadily improving.

"I'm hoping come the weekend he can put it all together and finish pretty strong." 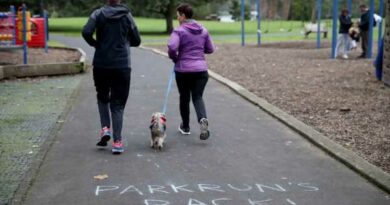 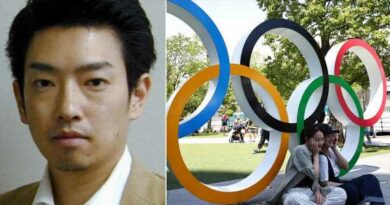