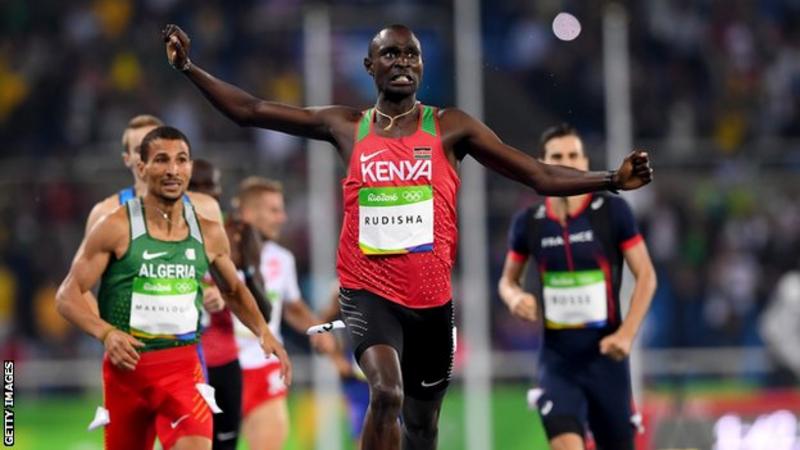 Two-time Olympic champion David Rudisha has thanked “the Almighty God for the gift of life” after surviving a car accident in his native Kenya.

The world 800m record holder, 30, was driving his SUV on the Nairobi-Kisumu highway when a tyre burst and the vehicle collided head-on with a bus.

Rudisha was treated for minor soft-tissue injuries and police confirmed there were no deaths in the accident.

“I am fine with no injuries,” Rudisha tweeted. “Thank you for your prayers.”

The collision occurred at around 22:30 local time on Saturday (20:30 BST) as the two-time world champion was travelling to his home in Kilgoris, western Kenya.

Keroka police chief Walter Abondo said: “Rudisha was rushed to the Keroka Sub County Hospital where the doctors revealed that the athlete had not suffered any fractures, and he has been allowed to go home and rest.”

Rudisha has not competed since the Shanghai Diamond League meeting in May 2017 because of recurrent back and knee injuries and he is reported to have started light training with a view to defending his Olympic title at Tokyo 2020.

He has a wild card for next month’s World Athletics Championships in Doha but he is not expected to compete in the national trials in Nairobi on 12-13 September.

Lance Armstrong reveals the ‘worst thing’ he did during drugs shame in new documentary
We and our partners use cookies on this site to improve our service, perform analytics, personalize advertising, measure advertising performance, and remember website preferences.Ok