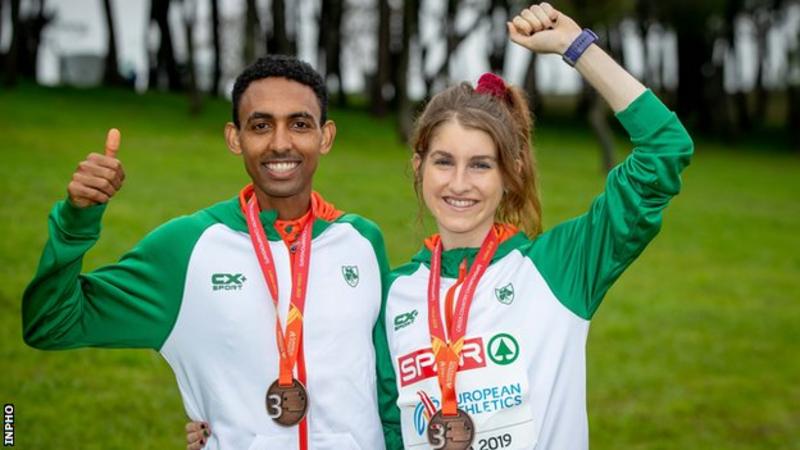 Efrem Gidey won a European Cross Country Championship medal for Ireland on Sunday less than three years after living in a refugee camp in Calais.

The 19-year-old’s unexpected third place in the opening men’s Under-20 race in Lisbon kick-started the most successful ever European Cross Country Championships for his adopted country as they finished the day with two individual bronze medals and two team silvers.

For much of the 6,225m race, Eritrea-born Gidey put it up to Norwegian star Jakob Ingebrigtsen before the defending European senior 1500m and 5,000m champion pulled away in the closing stages to take a fourth successive victory in the Under-20 event.

The teenager fled Eritrea with his family in 2016 and spent six months in the Calais camp before being granted refugee status by the Irish authorities in March 2017.

Since then, he has won two Irish Schools Cross Country titles in addition to landing Leinster and Irish Schools 5,000m championships on the track.

But it took Sunday’s achievement for him to finally arrive in Ireland’s wider sporting consciousness as his individual performance saw the Under-20s narrowly miss out on another team bronze on countback.

“I’m so happy, I don’t believe it,” said Gidey afterwards, admitting his target had been a top-10 finish.

“It’s just amazing. It was very fast at the start and a little bit hard, but my body is very strong.

“I’m so happy because every time I’m looking for the Irish team, what places we finish. My [target] was for Ireland, my country, to win.”

What made Gidey’s performance all the sweeter was the fact he very nearly missed out on the Lisbon championships altogether because of visa problems, with the Eritrea-born athlete having to travel a day later than his team-mates when the issue was finally resolved. 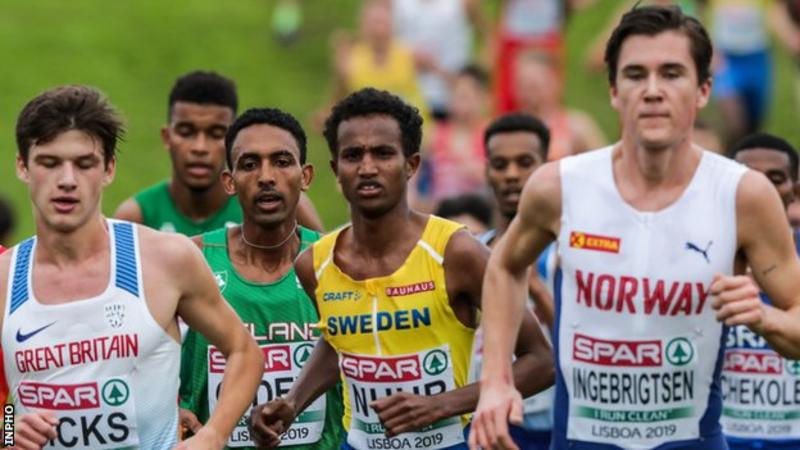 Athletics Ireland were concerned about the teenager having to travel to Portugal on his own but this was quickly assuaged by Clonliffe club captain Cooper.

“I said ‘if you can make your way to Calais from Eritrea, you can negotiate an airport’,” the Cooper told RTE Sport.

The Dublin club are holding a special event on Thursday evening to officially congratulate the returning hero and other Clonliffe athletes in action in Lisbon.

The club’s Facebook page summed up the joyous mood on Sunday.

“A journey of hope, a journey of resilience. From Eritrea to Lisbon via Clonliffe Harriers and Santry,” it read.

“Between these stops was despair, loneliness and fear. A refugee. A young boy. An athlete wearing the colours of Clonliffe Harriers and now an international star wearing the green of his adopted land.

“Around his neck a bronze medal: European Under-20. Efrem Gidey has done himself, his club and this country proud.”

Conor McGregor rises in UFC rankings after win over Donald Cerrone
We and our partners use cookies on this site to improve our service, perform analytics, personalize advertising, measure advertising performance, and remember website preferences.Ok