Madison de Rozario racing in the wheelchair is like Usain Bolt sprinting in his prime. When he raced he won. When Australia’s wheelchair marathoner competes she wins.

De Rozario won another gold medal, this one a second successive Commonwealth marathon gold to go with her twin golds from the Paralympics in Tokyo last year, her three world para championships gold and then there are the innumerable silver and bronze.

She won the marathon in Birmingham in 1 hour 56 minutes, winning by 3.45minutes from Eden Rainbow-Cooper of England. 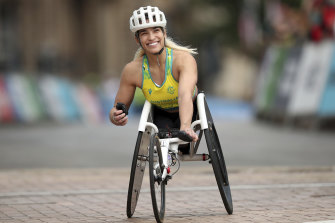 “The actual course though was one of the hardest marathons I have done in my life with the most brutal part of it being the last 5k which is the cruellest way to have to end the marathon. Definitely a tough race, I am definitely feeling it,” de Rozario said.

“We talk about defending titles but we try so hard to keep each race in a bubble. You try so hard to not let previous success or failures colour what you are about to do.

“It’s definitely a little motivator when you know what it is like to have been on the top of that podium you want it a bit more.”

That she would win another gold was likely given the long CV and the bursting trophy cabinet, that she would do so in Birmingham had a sense of even greater expectation given the size of the field.

There were four athletes in the race: two Australians, two English. There was no bronze medal awarded due to the size of the field.

“Regardless of the size of the field it’s an incredibly elite field. Shelley (Oxley-Woods) is a silver medallist in this event. Christie (Dawes) is a bronze medallist in the 5k and yet it was Eden (Rainbow-Cooper) who was ahead of both of them. That talked to the calibre of the younger athletes coming through,” she said.

“Yeah it was a small field but it was a tough race.”

She admitted the marathon had been her focus in training and preparation coming in and while competing over the short distance soon after the marathon was new to her, it was likewise new to her rivals.

Get all the latest news from the Birmingham Commonwealth Games here. We’ll be live blogging the action from 4pm-10am daily. 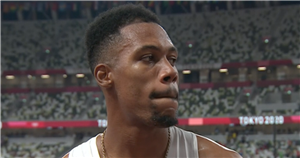