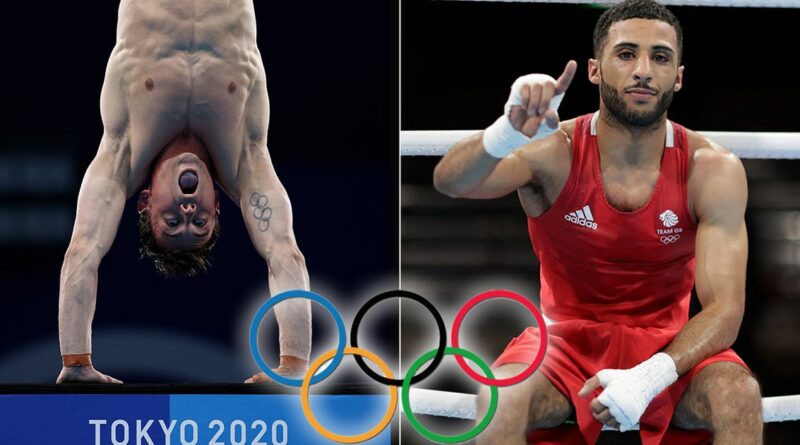 It’s the penultimate day of the Olympics with another 34 medals up for grabs.

Friday was another brilliant day for Team GB with golds in the women’s Madison and in the Modern Pentathlon.

GB sit in fourth in the medal tables having won 18 golds, 20 silvers and 20 bronzes to sit ahead of the Russian Olympic Committee with just two days of events left.

If Friday was all about Laura Kenny and her quest for gold at a third straight games, Saturday could be a huge day for Tom Daley.

The 28-year-old finally tasted success in the synchro, but today’s individual 10m platform probably marks his final chance to claim gold as a sole competitor.

In the boxing, Galal Yafai could become GB’s first gold medal winner, if he can beat Carlo Paalam in the final of the men’s flyweight competition.

Back in the velodrome, Jason Kenny and Jack Carlin start their keirin campaign, while Katy Marchant goes in the women’s sprint.

There will be action all over Tokyo and we’ll have everything, as it happens right here:

Remarkably we're at Day 15, meaning we only have two full days left before the games end!

Plenty to keep focused on throughout the night and the morning and we'll have all the action live.

At 03.30 UK time, France will take on white-hot favourites USA in the final of the men's basketball.

France actually beat the Americans in their opening game of the tournament. Could they repeat the feat again?