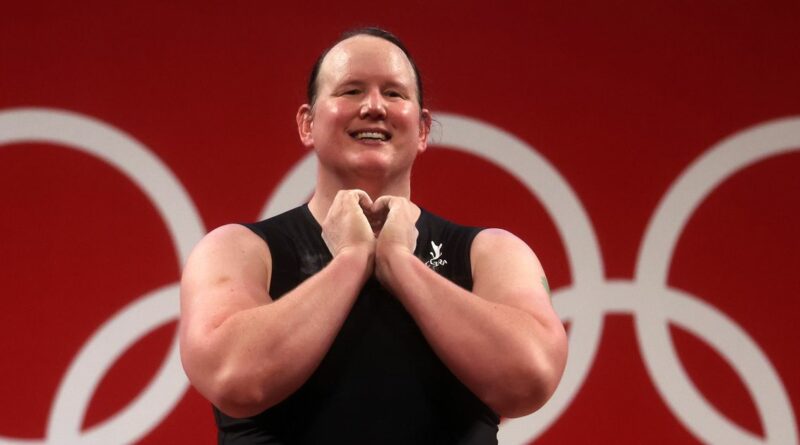 Transgender weightlifter Laurel Hubbard has been named New Zealand sportswoman of the year by the University of Otago.

Hubbard has made history by securing the prize earlier this week, becoming the first transgender athlete to win the award in its 113-year history.

The 43-year-old has enjoyed a year of firsts, becoming the first openly transgender competitor at the Olympic Games following her appearance in Tokyo this summer.

Her efforts in Japan failed to leave their mark, however, as the Auckland athlete failed to record a single successful lift at the Games.

After two failed attempts at 125 kg and one at 120 kg, her Olympic journey ended at an early stage.

Hubbard was keen to thank those who had supported her journey when she was handed her recent award.

She told the Otago Daily Times : “It is not possible for athletes to compete at the Olympic level without the encouragement and aroha of friends, family and supporters. This award belongs to everyone who has been part of my Olympic journey.”

University Students’ Association president Michaela Waite-Harvey described Hubbard as a "worthy" winner of the award, adding: “We could think of no-one more worthy of sportswoman of the year than Laurel Hubbard who represented Otago and New Zealand incredibly well at this year’s Tokyo Olympics.’’

She transitioned in 2012 and qualified for the Olympic Games after the International Olympic Committee changed their rules to allow women to compete if their testosterone levels were below a certain threshold.

"I see the Olympic Games as a global celebration of our hopes, ideals and values and I would like to thank the IOC for its commitment to making sport inclusive and accessible," she said.

Hubbard said she took up weightlifting as a boy to seem more masculine before struggling with the demands of living as a man.

Following 16 years away from the sport, she returned in 2017 with a stunning performance that saw her win two World Championship silver medals in the 90kg class in California in 2017.

After the victory she declared: "I'm not here to change the world. I just want to be me and do what I do."

‘We shook hands, turns out the bloody idiot had COVID’: Marschall’s Games fright