Serbia’s President says his country will not take out their anger with the Australian government for the humiliating deportation of Novak Djokovic on Australia’s teams visiting the country to compete in the next two months.

Australia’s best athletes are due to go to the world indoor athletics championships in Belgrade in March, while the Opals are due to compete there next month.

“We will not mistreat them due to elections,” President Aleksandar Vucic said of the Australian athletes, who have nervously worried about what the Djokovic imbroglio will mean for them flying into the country. 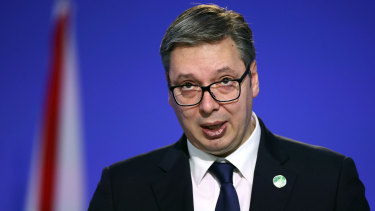 Having previously described Djokovic as a scapegoat for the Australian government, Vucic claimed that the looming federal election drove Prime Minister Scott Morrison and his government’s decision to rescind Djokovic’s visa and deport him.

Vucic said his country would not treat athletes as political pawns. Twenty of Australia’s best athletes will compete at this year’s World Athletics Indoor Championships in Belgrade from March 18 to 20.

The Opals are also due to play a World Cup qualifying match there next month. They will be Australia’s first sporting team post-Djokovic’s deportation to travel to Serbia when they fly in for the February tournament.

“We will show that we are better than the Australian government,” he said.

World Athletics and Australian Athletics have been worried the Serbian government would look to avenge their country’s star sportsman in their treatment of world athletes, and in particular Australian athletes, coming to the country.

“We are relieved to have the reassurance that our athletes can go and compete. It’s great any question mark has been removed for them,” Faichney said.

“I am sure it would have been on their minds as well, so to have that question mark removed gives them some surety.”

All of Australia’s athletes going to Serbia for the world indoors are double-vaccinated as all of them went to the Tokyo Olympics last year, where vaccination was required.

Hurdler Chris Douglas, who didn’t go to the Olympics but has since qualified for the world indoors, is believed to be fully vaccinated. 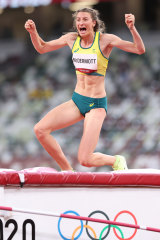 Australia’s best athletes will go to the world indoors as they embark on what will be a packed athletics year with the world (outdoor) athletics championships in Eugene, Oregon in July finishing only a week before the Commonwealth Games in Birmingham, England in August.

Olympic decathlon bronze medallist Ash Moloney will also go to Belgrade for the world indoors and compete in a heptathlon (seven events, rather than the decathlon’s 10).

Due to the taxing nature of the decathlon, Moloney is highly unlikely to compete at the Commonwealth Games, instead focussing on the world championships, however he is yet to make a final decision.