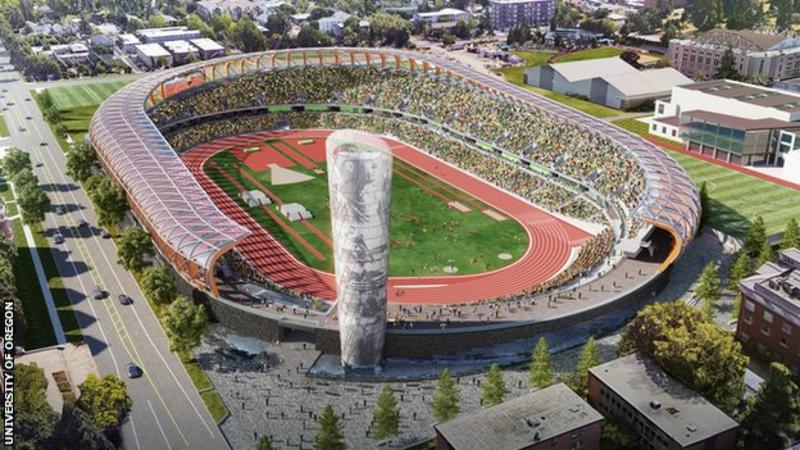 Organisers of the 2022 World Athletics Championships in the United States have agreed to stage the event three weeks earlier than planned to avoid a clash with the Birmingham Commonwealth Games.

The championships, in Eugene, Oregon, had already been pushed back a year after the postponement of this summer’s Tokyo 2020 Olympics to 2021 because of the coronavirus pandemic.

After a week of negotiations, a compromise has been reached, with athletics’ governing body shifting the event to 15-24 July 2022.

While the dates of Birmingham 2022 will remain the same for now – 27 July to 7 August – the start of the event is set to overlap with the finale of football’s Women’s European Championship.

Governing body Uefa has said it it is likely to delay the tournament, to be held in England, by a year because of the postponement of Euro 2020 in men’s football.

The women’s Euros is likely to conclude at the end of July 2022, meaning a potential direct clash with the start of the Commonwealth Games.

BBC Sport understands, however, that Birmingham 2022 may still come under pressure to delay when it is staged.

That could mean running into the multi-sport European Championships, due to start on 11 August in Munich, Germany.

World Athletics said the new schedule for 2022 will “prevent a direct conflict between any of these major events”, adding that it will be an “extraordinary international season for athletics”.

Lord Coe, the president of the governing body, said Commonwealth Games organisers were planning on staging the athletics towards the end of the event.

“We would not have chosen to have three major championships back to back but it will give us a unique opportunity to promote our sport and its stars around the globe over a six-week period,” said the Briton, who won 1500m gold at the 1980 and 1984 Olympics.

“Our guiding principle in rescheduling was to ensure enough space was created around the centrepiece World Athletics Championships for athletes to choose other major events to compete in.

“We were also very mindful that we did not want to damage the other major championships in 2022.”