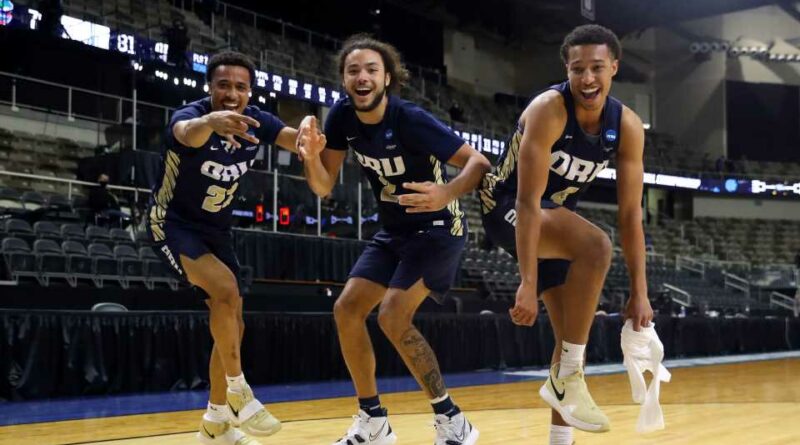 Two days after an improbable win over 2-seed Ohio State, Oral Roberts has done it again. The Golden Eagles on Sunday beat 7-seed Florida 81-78 in the second round of the NCAA Tournament, advancing to the Sweet 16 in the process.

The win marked not only the second March Madness win for the program since 1974, but also the second time, ever, a 15 seed has advanced to the second weekend of play. The first time that happened was in 2013, when Florida Gulf Coast’s “Dunk City” stormed March Madness with a series of earth-shaking dunks and a pair of wins.

Considering the historical rarity of Oral Roberts and FGCU’s accomplishments, it’s only natural the two teams face comparisons. Here’s how Oral Roberts stacks up to that high-flying Eagles team, including opponents, margin of victory, key players and more.

As noted, Oral Roberts in 2021 became only the second 15 seed to advance past Round 2 of the NCAA Tournament. Their predecessors, Florida Gulf Coast’s 2013 team, was the first to accomplish the feat. The Eagles faced 3-seed Florida in the 2013 Sweet 16, losing to the Gators 62-50 and ending their Cinderella run.

The Eagles, winners of the 2013 Atlantic Sun Tournament, drew 2-seed Georgetown — an at-large bid — in the first round of March Madness. FGCU shocked John Thompson III’s Hoyas, beating them 78-68 for a double-digit win. Two days later, the Eagles pulled the feat off again with another 10-point victory over 7-seed San Diego State, an at-large out of the Midwest. Florida Gulf Coast’s dream season ended with a loss to 3-seed Florida — an at-large — in the Sweet 16.

The Golden Eagles, who earned their tournament berth by beating North Dakota in the 2021 Summit League Tournament final, earned their first bid since 2008. Oral Roberts drew Ohio State, the sixth overall seed in the tournament and Big Ten runner up, for its trouble. But the Golden Eagles fought the Buckeyes hard the entire game, eventually pulling away with a 75-72 win in overtime. The Golden Eagles faced a similarly difficult challenge against Florida in Round 2, needing to overcome an 11-point deficit in the final 9:43 to come from behind and win 81-78.

The main man in charge was senior guard Sherwood Brown, the 2012-13 Atlantic Sun Player of the Year who shockingly began his career as a walk-on at FGCU. Sophomore guard Bernard Thompson and junior Chase Fieler also averaged double-digit scoring for the tournament, while sophomore guard Brett Comer was the only player to average more than 10 assists per game.

Sophomore guard Max Abmas may make the headlines for his incredible play — he led all Division I players in points per game heading into the tournament — but junior forward Kevin Obanor was equally impressive in the opening rounds. Both players averaged nearly 30 points per game, while Obanor averaged a double double with 11 rebounds in each of his first two games.