Home » 2021 WNBA mock draft: Who will the Dallas Wings select with the top two picks? 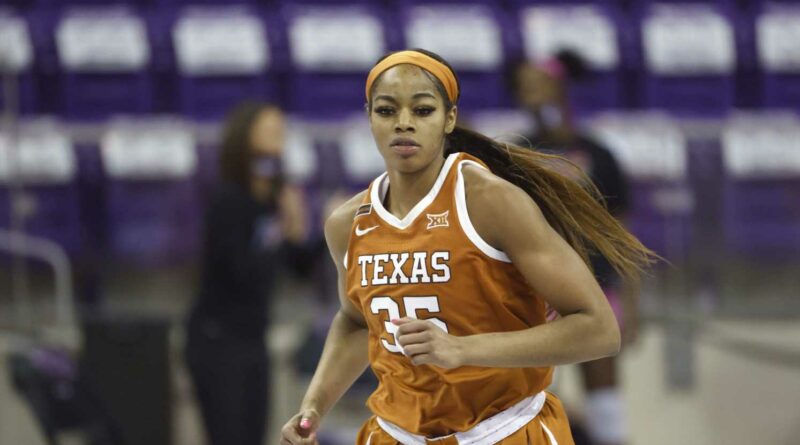 The WNBA will welcome new talent to the league Thursday night when the 2021 draft premieres at 7 p.m. ET on ESPN.

All eyes will be on Dallas as the Wings hold four of the top seven picks, including the first two.

Commissioner Cathy Engelbert will announce 36 picks over three rounds (12 picks per round) for the WNBA’s 25th season. For a second consecutive year, the draft will be held virtually.

The season, scheduled to begin on May 14, will celebrate the league's unique impact on sports over the past quarter century. Commemorative plans include a new logo displayed on courts, jerseys and game balls, new uniforms by Nike that were unveiled earlier this month, an inaugural Commissioner's Cup, a WNBA All-Star Game, the selection of The W25 and more to further push the WNBA’s initiatives to promote social change and equality within the league and beyond.

With big plans to create a unique and memorable season, the WNBA draft — full of top talent and dynamic players from college and international play — is sure to set the tone for the 2021-2022 season.

The 6-foot-5 forward/center out of Texas is a versatile post player who finished her junior season with 19.0 points, 11.3 rebounds and 1.2 blocks per game while shooting 51.1% from the field. Coming off the board first would be no surprise for the player who was vital in the Longhorns’ Sweet 16 upset over Maryland in the 2021 NCAA women’s basketball tournament.

The 19-year-old from Finland currently plays professionally for Virtus Eirene Ragusa in Italy. Joining Ragusa last August, Kuier has held her own playing against some of the WNBA’s best, including the 2019 Defensive Player of the Year Natasha Howard. She is set to become the first Finnish player in league history. The 6-foot-5 center who was born in Cairo and emigrated to Finland with her family as a small child, has drawn comparisons to reigning Defensive Player of the Year and two-time MVP Candace Parker over the past season.

The 5-foot-11 guard from Rutgers finished her senior season averaging 21.3 points, 6.0 rebound, 5.2 assists, 2.2 steals and 1.8 blocks per game and was the only player to rank among the Big Ten’s top five in points, assists, steals and blocks per game. Although the Scarlet Knights' season came to end after the first round of the NCAA Tournament, Guirantes scored 30 out of 66 points against BYU.

The 6-foot-2 guard/forward out of Tennessee is a dynamic scorer and tenacious defender who finished her senior season with 17.3 points and 8.8 rebounds per game. The two-way player is one of only four players in Lady Vols history to rank among the school’s career top 10 in points, points per game, rebounds and rebounds per game, joining legendary stars Chamique Holdsclaw, Candace Parker and Tamika Catchings.

Aari McDonald led Arizona all the way to the championship game of the NCAA Tournament, where the Wildcats lost by one point to Pac-12 rival Stanford. (Photo: Troy Taormina, USA TODAY Sports)

The defensive dynamo out of Arizona raised her stock when she made a huge impact during the 2021 tournament. The 5-foot-6 guard was key to the Wildcats’ upset over Connecticut in the national semifinals, leading Arizona to its first NCAA championship game. Averaging 20.6 points, 5.4 rebounds and four assists per game her senior season, McDonald was named the Pac-12 Player of the Year and co-Defensive Player of the Year.

The two-time Player of the Year in the ACC, Evans averaged 20.1 points and 3,9 assists this season. The 5-foot-6 guard had 29 points in Louisville’s Sweet 16 win over Oregon and 25 points in the Elite Eight loss to eventual national champion Stanford.

The 5-foot-11 guard out of Arkansas is a dynamic scorer, who averaged 22.3 points per game this season. A WBCA First-Team All American, Dungee scored 22 and 27 points against Ole Miss and Wright State in the NCAA Tournament.

The 5-foot-8 guard led Stanford to its first national championship since 1992. A steady shooter, the WBCA First-Team All American averaged 14 points per game her senior season and set a Cardinal record for most career 3-pointers in team history with 310.

The 6-foot-4 power forward out of Oklahoma State led Division I women’s basketball in blocked shots, averaging four per game, and was the WBCA’s national Defensive Player of the Year. Mack finished her senior season averaging 19.8 points and 12.4 rebounds.

A WBCA Honorable Mention All American, the 6-foot forward ended her senior season averaging 19.1 points and 7.2 rebounds per game for the UCLA Bruins, leaving the program ranked No. 4 on the all-time scoring list.

The 6-foot-3 forward averaged19.1 points and 9.4 rebounds per game this season. Walker, a WBCA Honorable Mention All American, helped lead the Crimson Tide to its first NCAA Tournament appearance since 1999.

In one season at Baylor after transferring from Stanford, Carrington was named the Big 12 Sixth Player of the Year and finished her season with 14.1 points, 4.9 rebounds and 2.3 assists per game. A key part in helping the Lady Bears advance to the Elite 8 in the 2021 NCAA Tournament, the 5-foot-11 guard was also able to raise her draft stock.

March Madness 2019: Gonzaga’s status as No. 1 seed might be most secure of any team