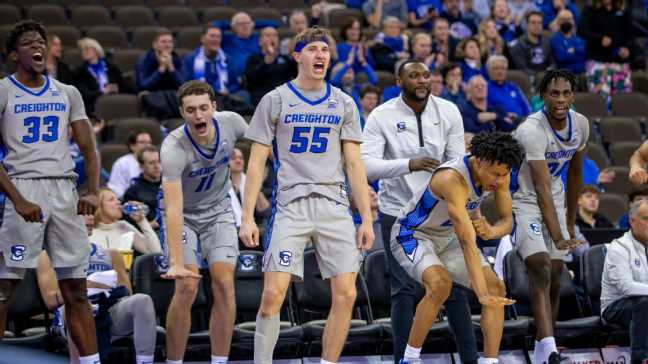 The Champions Classic was the start of early-season tournament season in men’s college basketball, with powerhouses Michigan State beating Kentucky in double overtime, while reigning national champion Kansas took down Duke without head coach Bill Self. Over the weekend that followed, Charleston won the 2022 Shriners Children’s Charleston Classic, UMass won the Myrtle Beach Invitational championship game and Virginia — in its first game since the shooting in Charlottesville that left three football players dead — took home the Continental Tires Main Event trophy after beating Baylor and Illinois.

The tournaments continue this week, with a slate of matchups that highlight some of the sport’s top programs and elite players.

Here is your handy guide to the men’s tournaments that will air on the ESPN family of networks through the rest of 2022.

Team to beat: Creighton. You could make the case for Arizona and Arkansas here, too. But the Bluejays have connected on 61.6% of their shots inside the arc. Ryan Kalkbrenner (16.5 PPG) is one of four players averaging double figures. And South Dakota State transfer Baylor Scheierman (10.5 PPG, 8.8 RPG, 42% from 3) has been a great addition. Creighton was picked to win the Big East, and looks like a team that can live up to the hype.

Sleeper team: Ohio State. Not only is Chris Holtmann reportedly in the Bronny James competition, he also has a squad that could compete for the Big Ten crown. A lot of early-season stats don’t matter, but Ohio State’s opponents have only shot 35.7% inside the arc.

Player to watch: Arizona lost three top players in June’s NBA draft, but Azuolas Tubelis is shooting 77% inside the arc as the new leader of this team.

Something for the hoops junkies: Arizona leads the nation in both effective field goal percentage (71.8) and adjusted tempo (78.0) on KenPom.

Team to beat: Saint Mary’s got a boost in April when Logan Johnson (10.7 PPG) announced that he would return for a fifth year, after leading the program to the second round of the NCAA tournament. Yes, the Gaels lost Tommy Kuhse and other standouts, but Randy Bennett’s track record suggests that the team will be competitive in the West Coast Conference again.

Sleeper team: Mike Hopkins has not accrued the momentum many had anticipated when he arrived at Washington, following his role as a Syracuse assistant, but transfers Keion Brooks Jr. (Kentucky) and Noah Williams (Washington State) hope to give the Huskies a chance to be competitive this season.

Player to watch: Brooks struggled to find his way at Kentucky, where he averaged 10.8 PPG last season. A fresh start in Seattle could help him showcase his potential.

Something for the hoops junkies: Since the 2007-08 campaign, Randy Bennett’s Saint Mary’s squads have finished with at least 25 wins 11 times.

Team to beat: The Jayhawks lost some of their key pieces from last year’s national title run, including Ochai Agbaji, and it’s not clear if they have enough playmakers to make another Final Four run this season. But Bill Self will be back after a four-game suspension and Jalen Wilson (24.5 PPG, 9.3 RPG, 4.3 APG) has so far sustained the momentum he accrued as a key player in the national title game.

Sleeper team: In a field that features Kansas, Dayton and Tennessee — all ranked in last week’s Associated Press Top 25 poll — the Wolfpack will be in a tough spot. But they have to feel somewhat hopeful after watching Kansas struggle at home against Southern Utah on Friday. NC State has shot 61% inside the arc thus far. If it can pull off the upset, it could make a run in a strong field.

Player to watch: Gradey Dick (16.8 PPG, 50% from 3), who loves to wear pink shoes, has lived up to the hype. The five-star recruit continues to make the case that he’ll be the closer for the Jayhawks this season.

Something for the hoops junkies: Wisconsin’s opponents have made just 11.1% of their 3-point attempts this season.

Team to beat: North Carolina. Yes, the news of G.G. Jackson’s decommitment from North Carolina has been a major headline this summer. But the Tar Heels return the key players from 2022’s national title game run, including Armando Bacot (22.0 PPG, 7.5 RPG), and add Northwestern transfer Pete Nance, a 6-10 forward who averaged 14.6 PPG and shot 45% from 3 last season. North Carolina will not only be the team to beat in Portland, the Tar Heels could be the team everyone is chasing once the NCAA tournament begins.

Sleeper team: Collin Gillespie and Jay Wright are both gone. But first-year head coach Kyle Neptune begins the new era of Villanova basketball with a crew that counts on veterans Eric Dixon (18.3 PPG) and Caleb Daniels (16.7 PPG), along with five-star prospect and projected NBA draft lottery pick Cameron Whitmore, who is recovering from a preseason injury. Neptune boasts the talent to maintain the same pedigree the program enjoyed under Wright.

Player to watch: A key member of an Oregon squad that chases a Pac-12 title this season, Kel’el Ware, a 7-footer from North Little Rock, Arkansas, is projected to be the 11th pick next summer, per ESPN’s most recent 2023 mock draft.

Something for the hoops junkies: Before transferring to Alabama this season, Mark Sears (19.6 PPG, 6.0 RPG and 4.1 APG at Ohio) helped the Bobcats keep turnovers to just 14.1% of their possessions, according to hooplens.com.

Team to beat: While a talented young Duke squad might need some time to mature under new head coach Jon Scheyer, Gonzaga and Drew Timme — a preseason All-American on every reputable list and a Wooden Award candidate — are ready to put last season’s Sweet 16 loss to Arkansas behind them and make another run toward the program’s first national title. Chattanooga transfer Malachi Smith (10.0 PPG) boosts a Bulldogs offense that lost lottery pick Chet Holmgren in the NBA draft.

Sleeper team: The NIT championship run not only helped Xavier reboot after a rocky finish to its regular season, it also convinced the nucleus of that team to return — a group that includes Jack Nunge (15.5 PPG, 6.0 RPG) and Colby Jones (13.5 PPG, 7.0 APG). New head coach Sean Miller is also high on UTEP transfer Souley Boum, who averaged 19.8 PPG and shot 37% from beyond the arc last season.

Player to watch: Dereck Lively II and Dariq Whitehead are the top two recruits in the 2022 class according to ESPN, but Jeremy Roach (13.0 PPG) — a hero in Duke’s Final Four run last season — is the veteran who will play a significant role for Scheyer.

Something for the hoops junkies: Purdue’s Zach Edey made 77% of his shots at the rim for Purdue last season, per hoop-math.com.

Team to beat: Memphis lost key players to the transfer portal and Jalen Duren to the NBA, but the addition of Kendric Davis (19.4 PPG, 37% from 3 last season), a Wooden Award candidate after a stellar career at SMU, will give Penny Hardaway a chance to make another run at the NCAA tournament.

Sleeper team: Porter Moser has some continuity with Tanner Groves leading a group of returnees at Oklahoma, which also added Grant Sherfield (15.0 PPG) from Nevada.

Player to watch: Stanford coach Jerod Haase has quietly built a program that can compete for the Pac-12 title with Spencer Jones and Harrison Ingram, the top scorers from last season’s team. But Michael Jones, who averaged 11.8 PPG at Davison last season, could determine where the Cardinal land in the conference standings.

Something for the hoops junkies: Poor shooters can become great shooters over time, too. Take Al-Amir Dawes (Clemson), one of three key transfers for Shaheen Holloway’s Seton Hall squad that could upset the field here and throughout the season. He finished 48-for-151 (nearly 32%) from beyond the arc as a freshman before improving to 84-of-211 (nearly 40%) in the same stat last season.

Team to beat: Rick Pitino’s Iona squad won 25 games last year on its way to a MAAC regular-season championship. Nelly Junior Joseph, a first team all-MAAC player, is back, and he will join Cruz Davis, a four-star recruit who originally committed to Oregon State, as Pitino aims to win a second consecutive league crown.

Player to watch: Louisville transfer Samuell Williamson is now at SMU, where he hopes to match the hype that has followed him since he was a five-star recruit in the 2019 class.

Something for the hoops junkies: In his 33 years as a head coach, Rick Pitino has just one losing season (1980-81, at Boston College). 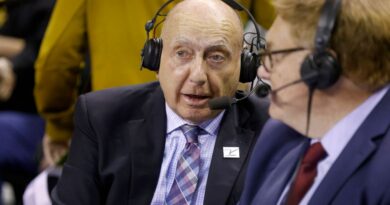