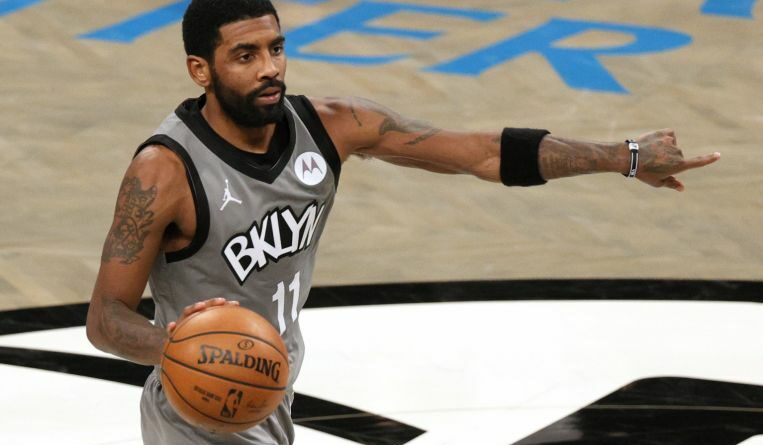 NEW YORK (AFP) – A video of Brooklyn Nets star guard Kyrie Irving is being reviewed by the National Basketball Association for Covid-19 safety violations as the playmaker missed a fourth consecutive game on Tuesday (Jan 12).

Irving, whose absence from the team has been declared for personal reasons, has no firm date set to return, according to Nets general manager Sean Marks.

“We are aware of a video on social media featuring Kyrie Irving at a family gathering,” Marks said in a statement. “We are reviewing the circumstances with both Kyrie and the NBA in order to determine compliance with health and safety protocols.”

The images appeared to show a mask-less Irving at a birthday party in what could be a violation of NBA virus health and safety protocols, which ban joining gatherings of more than 15 people and going to clubs and bars.

“Kyrie remains away from the team due to personal reasons,” said Marks, a former centre from New Zealand who won an NBA title with San Antonio in 2005.

“A date of his return has yet to be finalised. In the meantime, we will continue to stay focused on our organisational goals.

“Kyrie will have the opportunity to address his absence when he is ready to do so.”

Missing a fourth consecutive game on Tuesday when the Nets faced Denver, Irving was also expected to miss Wednesday’s game against New York and a Saturday contest against Orlando, ESPN reported.

The Nets were expected to be among the NBA’s top clubs this season with Irving and forward Kevin Durant back from injuries and backed up by a talented supporting cast.

But Brooklyn are joint-ninth in the Eastern Conference at 5-6.

Watch: Should this brazen hit be a suspension?