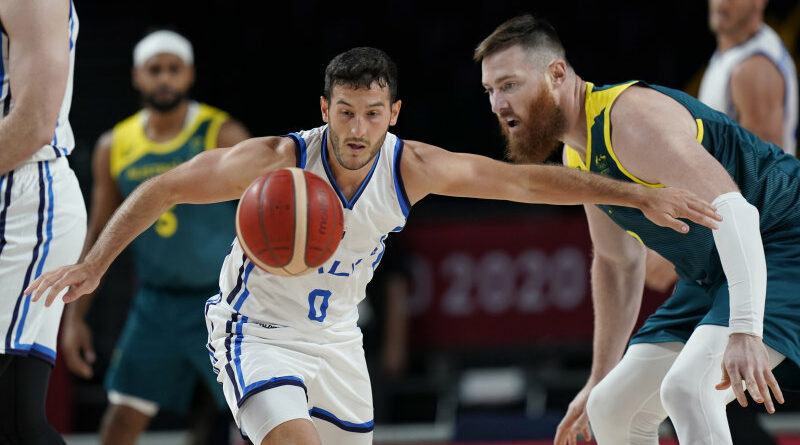 The Australian Boomers were bigger and they proved they were braver, claiming a clutch win over Italy on Wednesday night.

If the Boomers are among the favourites for the gold medal, then Italy are in the chasing pack and they clawed at the heels of the Australians before baskets from Patty Mills and Matisse Thybulle made sure of an 86-83 win. 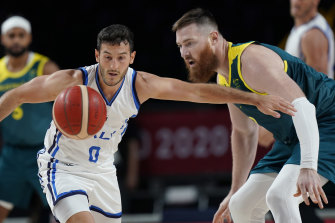 With Italy doing all they can to stop Mills and Joe Ingles from shooting, the two four-time Olympians turned providers, drawing their rivals before dishing away to big men Jock Landale (18 points), Aron Baynes (14 points) and Nick Kay (15 points).

Landale has NBA aspirations post-Olympics and his performance will do those dreams no harm as the three bigs dominated the rebound count 44-30, including 16-4 edge on offensive rebounds.

Tipouts from Landale and Kay set up three three-pointers in the last term as the Boomers took their biggest lead of the game – in all Australia had 26 assists.

Under the three-group system, the Boomers, now 2-0, are in a prime position to top their pool as long as they beat Germany in their last game on Saturday. 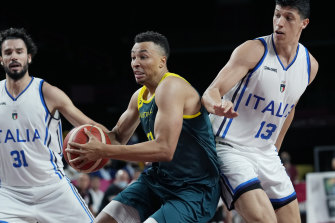 Italian star Simone Fontecchio (22 points) and Nico Mannion (21 points) did all they could to bring Italy back into the game but they couldn’t create the openings they needed.

The Boomers created plenty of scoring chances and were taking them with Mills shooting seven early points and Thybulle coming off the bench to make an impact at both ends.

But two fouls to Thybulle sent him back to the bench and Italy tied scores at 25-25 at quarter-time.

Mills found himself running into a wall of opponents in the second term and while his teammates looked to pick up the slack, Fontecchio and Mannion were finding too many avenues to the hoop taking a 45-44 lead into the main break.

The Boomers’ defence had to lift and they did.

A six-point lead didn’t last long for the Boomers but a drive and dish from Mills let Kay lay-up just before the buzzer for a 65-62 lead heading into the last.

The Italians tried to make a late comeback, cutting the lead, to three but Mills and Ingles made sure of the win with Mills’ runner ending the fightback.

Team USA needed a big margin and they ran up the score against Iran, scoring a 120-66 in men’s basketball on Wednesday.

The opening round loss to France means the USA are in danger of missing out on making the top four teams entering the knockout quarter-finals and that would mean they could be randomly drawn to face another contender like Spain or Australia. 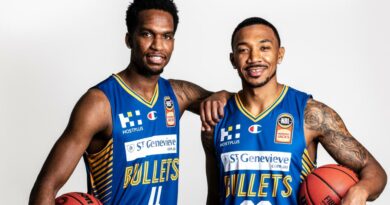 Houston, we have a Covid-19 problem