Home » Basketball » College basketball preview: 5 teams that could take a step back

It isn’t easy to remain consistent in college basketball.

Roster turnover caused by graduation, transfers and players leaving early for the NBA force teams to constantly reconfigure their lineups and rotations. Every season some retool or reload, while others are forced to rebuild, leading to a drop in the standings.

The Sooners offense revolved entirely around star Trae Young during their up-and-down 2018-19. The point guard had the ball in his hands almost every possession, was a go-to scorer and a reliable distributor. Young is now playing in the NBA for the Hawks, meaning Oklahoma will need a new game plan if it wants to make it back to the NCAA Tournament for the sixth time in seven seasons.

The Boilermakers were one of the most balanced teams in the country last season as they had four players who averaged at least 12 points per game. But, only one of them — star point guard Carsen Edwards — will return to campus. Edwards has a chance to win the Naismith Award, but the Boilermakers will need big man Matt Haarms and other role players to take a giant step forward if they want to come close to their 30 wins from a season ago.

For three seasons, point guard Jevon Carter spearheaded the Mountaineers’ intimidating “Press Virginia” defense. Carter, who was also West Virginia’s leading scorer at 17.3 points per game last season, exhausted his eligibility after 2018-19, as did Daxter Miles (12.9 ppg), his backcourt partner. The Mountaineers return talented rim protector Sagaba Konate, but the loss of Carter and Miles could be too much to overcome.

The Pirates will look completely different this season. The talented trio of Angel Delgado, Khadeen Carrington and Desi Rodriguez led Seton Hall to three straight NCAA Tournament appearances and all averaged more than 13.6 points per game as seniors in 2017-18. Replacing those three will be a difficult task even though Myles Powell — who tallied 15.5 points per game and knocked down 37.9 percent of his 3-pointers last season — will be back for the Pirates.

Kansas to hold out F Silvio De Sousa; Bill Self says he’s ‘proud’ of ‘how we conduct our business’

The start of 2017-18 must have felt like a dream for Sun Devils fans. Arizona State began the season 12-0, recorded wins over Xavier and Kansas and jumped into the top-five of the AP Poll. The Sun Devils, however, fell back to earth and barely made the NCAA Tournament, where they were topped by Syracuse in the First Four. The slide seems likely to continue this season as Arizona State lost its three leading scorers (Tra Holder, Shannon Evans and Kodi Justice) from that team. 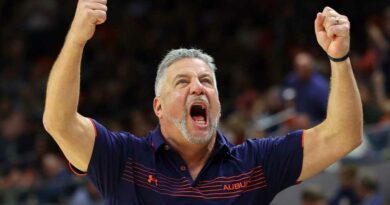 For Bruce Pearl to march from No. 1 Auburn to the head coaching job at Louisville would be madness 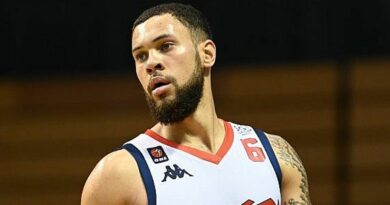