Five-star recruit Caleb Houstan has committed to Michigan, he told ESPN on Friday.

“I was down to four great schools, but one definitely stood out to me the most. I decided to commit to Coach Juwan Howard and the University of Michigan,” Houstan said. “I was recruited by a lot of great schools, and I appreciate all the time they all spent with me and my family.”

Houstan is the No. 10-ranked player in the 2021 high school class, making him the highest-ranked Michigan recruit since at least 2007, the first year of the ESPN recruiting database.

Standing 6-foot-8, Houstan has excellent size for a small forward with a versatile offensive skill set, being considered one of the best perimeter shooters in the high school game. He was the second-leading scorer at the 2019 FIBA Americas U16 Championship, averaging 23 points in 29 minutes per game and ranking among the top players at the event in both made 3-pointers and free throw attempts. Canada went 5-1, losing in the championship game to the United States.

“Michigan really showed that they wanted me and that I was going to be a key part of their program,” Houstan said. “They were invested in me as a player and really took the time to get to know my game. They run a system that I know I can do well in. I also developed great relationships with their coaching staff. Coach Howard led my recruitment and was involved throughout the entire process; Coach [Saddi] Washington as well and Coach [Phil] Martelli were all great too.”

Houstan was slated to graduate high school in 2022 but elected to reclassify over the summer, making him eligible for the 2022 NBA draft. Houstan said Howard’s track record as a NBA player and assistant coach with the Miami Heat was a factor in his decision.

“Coach Howard was a big part of my decision — his background and our relationship,” Houstan said. “He played in the NBA for 19 years and knows what it takes to get there and stay there. I think he can help me both on and off the court and in preparing to get to the next level. I know he’s going to push me every single day in order for me to get better and develop as a player.”

Michigan is in the midst of building what appears to be a top-10 recruiting class in 2021, after previously nabbing three four-star recruits in Frankie Collins, Kobe Bufkin and Isaiah Barnes. Houstan will likely play a significant role on the wing regardless of whether sophomore Franz Wagner, a potential first-round pick and a 6-9 sharpshooter who can play either forward position, returns.

“I expect to be a key part of their offense,” Houstan said. “They need me to step in right away and be a big contributor, and I want to do that. I want to be able show who I am as a player and have [an] impact right away.”

Houstan had a busy spring and summer planned prior to the onset of the coronavirus pandemic. He was slated to be a featured player on the Nike EYBL AAU circuit with team UPlay Canada before suiting up again for the Canadian national team at both the U17 World Cup and U18 FIBA Americas Championship in June and July.

UPlay CEO and founder Dwayne Washington has been working with Houstan throughout the pandemic and said people would have seen a different part of his game had the EYBL not been canceled.

After taking a backseat to a host of top recruits in Cade Cunningham, Scottie Barnes, Day’Ron Sharpe and Moses Moody as a sophomore at Montverde Academy last season, Houstan is likely to become a leading player on a team some still consider to be the most talented in all of high school basketball.

Houstan will be a candidate to be invited to all the high school all-star events in the spring — McDonald’s, Nike Hoop Summit and the Jordan Brand Classic — should those continue after taking a hiatus in April. That would allow Houstan and his classmates to gain some of the exposure they missed by not playing in the EYBL or FIBA over the summer.

Jonathan Givony is an NBA draft expert and the founder and co-owner of DraftExpress.com, a private scouting and analytics service used by NBA, NCAA and international teams. 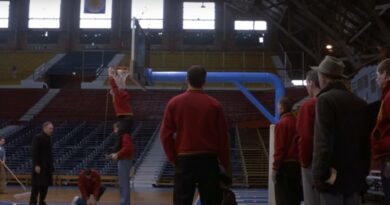