Home » Basketball » From unsure to these shores: Hopson ‘elated’ to return to NBL 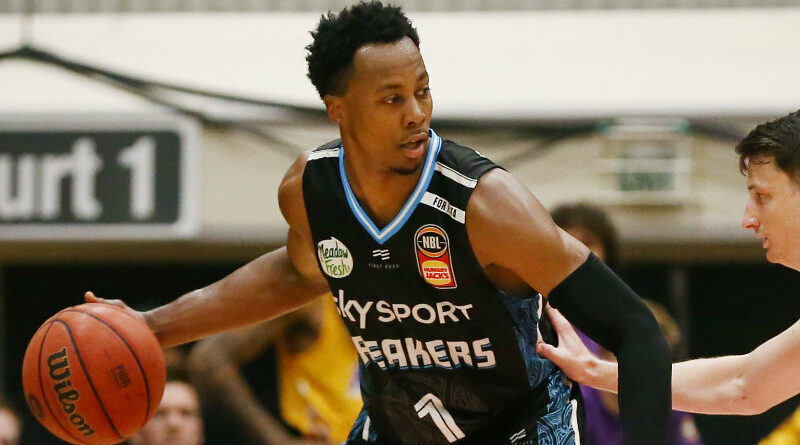 There was a time in the off-season when Scotty Hopson considered temporarily stepping away from the game.

The 31-year-old Melbourne United import had opportunities to play around the world but as he closed on completing his communications degree and COVID-19 continued to spread, Hopson contemplated his future.

"I might have took the year off, just continued to train and stay ready for when a job came. I just wanted to be patient with the decision I made, I didn’t want to rush into anything as there was so much uncertainty in the world," Hopson said. 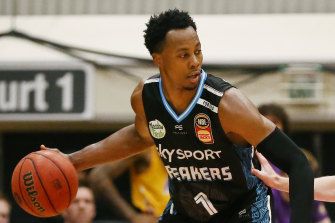 Scotty Hopson has transferred from the Breakers to Melbourne United for this season. Credit:Getty Images

Then United offered the chance to play a second NBL season after Hopson starred with New Zealand Breakers last season.

"With so much uncertainty going on in the world, my first thought was safety," Hopson said.

"Australia has done a really good job with how they are managing COVID-19. That was huge for me.

"In America, we are doing all we can, in the NBA they are doing all they can, but I looked at Australia like, if I go there chances are I will be able to play basketball and have a free mind from worrying about the virus. That was a big reason I came back to the NBL."

Hopson was the last Melbourne player to arrive after two weeks of quarantine in Sydney but, despite entering a group who have spent months together, he has been embraced.

He will play his first game in 10 months when United tip-off the NBL season against the Adelaide 36ers in Adelaide on Friday night and can't wait to hit the court.

"In contrast to last year, there seems to be more scoring options on the floor. I don’t have to do as much per se," Hopson said.

"I think [coach] Dean [Vickerman] wants me to be a little more forceful at times, insert myself into the team but he's allowing me to do it on my time."

United have faced their own challenges in the last few weeks as border closures in Victoria and New South Wales saw them forced to stay in Cairns where they played two pre-season games but ended up staying for several weeks.

It wasn’t an easy time but it has helped the team mesh.

"You take a group of guys who are here to play basketball and make each other better, then stick them in a hotel for two weeks," Hopson said. "That's not always easy but when we have the talent and sophistication that we have on this team, and the willingness to make each other better on and off the floor, then it's been easy.

"They have helped me evolve by having discussions and wanting to get to know me on more of a personal level."

Adelaide will feature NBA draft chance Josh Giddey, who will make his professional debut along with veteran former NBA guard Donald Sloan who shapes as their chief playmaker.

"I'm elated to be a part of Melbourne United," Hopson said. "I think this club is championship pedigree and that's something I look forward to being a part of as the season progresses."

Cassius Winston, Tom Izzo show Spartans still have what it takes against Michigan

Basketball: Kuzma out of World Cup with ankle injury; US roster set

Bracketology Trust Builder: Texas and Clemson are badly in need of quality wins