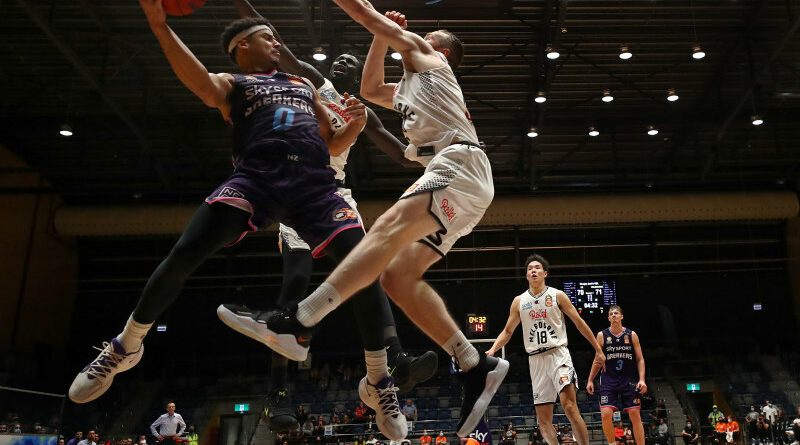 At least nine bookmaking websites that use Sportradar’s live data appear to be in breach of Australia’s Interactive Gambling Act by accepting Australian customers without a licence and offering live online betting on sporting events. 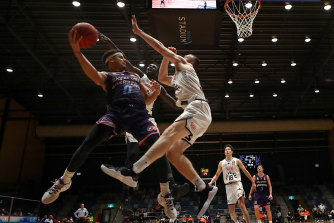 The NBL’s integrity partner, Sportradar, has been linked to off-shore gambling sites.Credit:Getty Images

All but one of these sites is licensed in Curacao, a loosely regulated island in the Caribbean, and the majority accept payments with cryptocurrencies such as Bitcoin. One advertises that punters can use the site anonymously, raising questions about how suspicious bets placed could be traced by sports integrity investigators.

Analysis of these websites’ computer code shows they are sourcing data from Sportradar, which became the NBL’s integrity partner in a deal signed over summer.

In 2017, scouts working for the sports data company were banned from Australian basketball matches after an ABC investigation revealed it was secretly “courtsiding” – calling in live data from matches to a betting operation – at amateur and semi-professional games and selling the live data to offshore sportsbooks. Players in lower leagues are arguably most susceptible to approaches from match-fixers, as they earn less money and receive less scrutiny than their counterparts in elite competitions.

Less than four years later, the NBL, which is independent of Basketball Australia but also governed by it, announced its partnership with Sportradar. The deal also gives Sportradar international broadcast and streaming rights for the league.

In recent weeks, Sportradar has also been announced as the data partner for the second division NBL1 competition and Victoria’s professional Big V basketball league. It will also provide integrity services to these competitions.

Basketball Australia and the NBL both declined to be interviewed and released short statements in response to detailed questions about the use of Sportradar data by offshore bookmakers.

Basketball Australia said it “requires certain integrity measures to be implemented and adhered to by all basketball bodies”. The NBL said all of its “agreements relating to betting” comply with Basketball Australia’s National Integrity Framework. It said it had no agreement with Sportradar to sell betting data.

However, The Age and The Sydney Morning Herald are aware of almost two dozen online bookmakers that are receiving a live feed of NBL data from Sportradar, enabling them to offer in-play betting on the league’s matches. Almost half of these sites allow Australians to sign up, despite the Interactive Gambling Act making it illegal for bookmakers without a local licence to accept Australian customers.

The sites include the Malta-registered zebet.com, where The Age and Herald signed up using an Australian address and then placed in-play bets on multiple NBL matches as a continuous stream of Sportradar data updated the site’s stats and scores.

At other sites, bets were offered in Australian dollars and registration codes were sent to an Australian phone number.

Some sites were geo-blocked to Australians, though sportsbet.io can be reached using a VPN. Once there, a gambler can register on the site using Australian details.

At betmasterplay.com, Sportradar also appeared to be providing data on a recent mid-week pre-season cup match between two amateur soccer teams in the Tasmanian second division.

A spokesperson for Sportradar said it “covers” NBL matches – providing play-by-play information – but did this by monitoring broadcasts of the games. While rival company Stats Perform is the NBL’s exclusive betting data partner, Sportradar said its collection of data in this manner “is common practice and is perfectly legitimate”.

Asked about some of the bookmakers seen to be using its data, the company said it “works with licensed operators around the world and applies rigorous compliance standards”.

“However, we are not a regulatory body and we do not have enforcement powers. Concerns regarding the conduct of such operators should therefore be directed to the relevant authorities.”

A secretive Sportradar subsidiary, Real Time Sportscast, which has in the past employed data scouts, has been advertising for “live statistics reporters” in Melbourne this year.

Federal Sport Minister Richard Colbeck said that capturing of sports data was not illegal, but had the “potential to have an impact of sport integrity if not managed appropriately by the sporting body”. 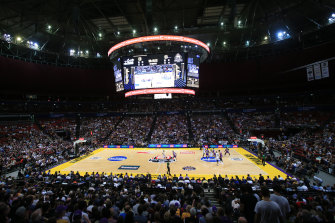 LIve betting on basketball is accessible via Sportradar to Australians on illegal offshore sites. Credit:Getty Images

Swiss-headquartered Sportradar has both integrity and data divisions. Its integrity division uses sophisticated algorithmic tracking of global betting markets to look for suspicious shifts in the odds that may indicate a game is being fixed. It then uses investigators to see if these red flags are legitimate concerns.

This was how Sportradar uncovered a match fixing ring in Victorian Premier League soccer in 2013 involving the Southern Stars football club, winning it praise from Australian law enforcement authorities.

But the company’s main line of work is servicing bookmakers, which has led to it being criticised for creating fertile ground for this same fraudulent behaviour. An independent review into tennis’s match-fixing scandal finding a cause of the problem was a contract with Sportradar that allowed it to distribute live data from lower-level matches.

Sportradar rejected this criticism and argued that the measures proposed by the review would worsen the sport’s problems by opening up a black market on betting.

Former senator Nick Xenophon, who helped to reform the Interactive Gambling Act, said the NBL was “either treating its fans as absolute mugs, or they are the biggest mugs of all to be entering into this deal”.

“This is gobsmacking. The Sports Minister needs to look at this from an integrity point of view. This just destroys the credibility of the game. It just shows you how poor the regulatory framework is … I think there should be a revolt amongst the membership of the NBL, because, on the face of it, they have compromised the integrity of the game.”

Former Australian Sports Anti-Doping Agency boss Richard Ings also questioned the deal, saying of selling live betting data to bookmakers, “There’s so much at stake for the integrity of sport”.

“How do you have an operation that is on the one hand looking at sport integrity, but on the other hand is involved in the gambling industry?” asked Mr Ings, who is also a former professional tennis umpire.

The 2017 ABC investigation revealed that, while low-level basketball matches were in play, Sportradar’s undercover data scouts would commentate the action to a call centre, believed to be in the Philippines, and that data would be distributed to bookmakers across the globe. Odds would be updated within seconds of the real action taking place.

“The notion of data scouts entering our venues and obtaining that, it actually compromises the integrity of the sport,” Basketball Australia’s then-CEO Anthony Moore said at the time, and the organisation introduced a new policy specifically to stop the practice.

Power Rankings: Now we wait to assess impact of Zion injury on Duke