Home » Basketball » How many 13 seeds have won in March Madness? History of 13-4 upsets, statistics for NCAA Tournament 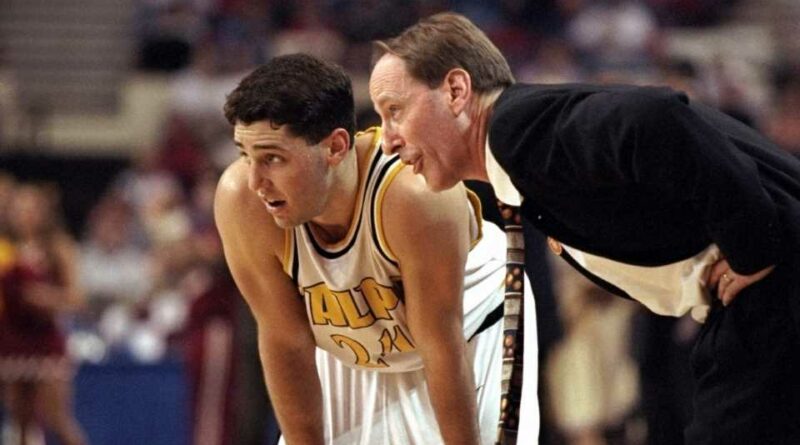 It’s difficult to fill out an NCAA Tournament bracket without picking at least one 13-over-4 upset, isn’t it?

That’s right in the bracket-picking sweet spot. It’s still risky, sure, but these upsets happen regularly enough that you don’t feel like you’re going out on the thinnest of March limbs. As you’ll see below, 13 seed upsets are at the heart of our love for the NCAA Tournament.

Here’s a complete breakdown of the history of 13 vs. 4 upsets in the NCAA Tournament, including the most memorable underdog runs and important numbers to know while filling out your March Madness bracket.

History of 13 seed vs. 4 seed upsets in NCAA Tournament

The 2008 upsets were especially special, because both happened on the same court in Tampa. In fact, that was a site/day unlike any other in NCAA Tournament history, because the other two winning teams that day in Tampa were also double-digit seeds: 12th-seeded Western Kentucky won on a buzzer-beater in overtime and 12th seeded Villanova rallied from an 18-point deficit to upend Clemson.

The first 13-over-4 was special, too. In that one — 1985, the first year of the expanded tournament — future NBA superstar David Robinson and his Navy Midshipmen thumped No. 4 seed LSU, a 23-point win that’s still the largest margin of victory for any 13 seed.

And we’ve seen 13 seeds win in all sorts of ways. In 1989, Middle Tennessee dropped 97 points on Florida State, and UNC Wilmington posted 93 against USC in 2002, winning a track meet by four points. On the other hand, you have the Princeton slowdown that baffled a very athletic UCLA squad in a 43-41 upset in 1996.

And definitely worth a mention? The buzzer beater that’s arguably the most famous first-round buzzer beater in the history of the NCAA Tournament came from a 13 seed. You know the one, the 3-pointer by Valpo’s Bryce Drew that gave his Crusaders a one-point win against Ole Miss.

Has a 13 seed ever won March Madness?

A 13 seed has never won the NCAA Tournament, and that probably will not ever happen. Six teams seeded No. 13 have advanced to the second weekend, but all six have faltered in the Sweet 16. Let’s take a look, shall we?

1988, Richmond. NCAA Tournament junkies know that just a few years later, Richmond was the first No. 15 seed ever to win a game, knocking off 2-seed Syracuse. You won’t be surprised that it was the same coach at the heart of both Richmond Cinderella squads, Dick Tarrant. In 1988, the Spiders knocked off Indiana — the Hoosiers won the 1987 national title — in the opening round, then beat fifth-seeded Georgia Tech in the second round. The magic ended against top-seeded Temple, though, as the Owls won by 22.

1998, Valparaiso. Bryce Drew, y’all. The play that was arguably the most beautifully orchestrated buzzer-beater in NCAA Tournament history pushed Valpo past Ole Miss in the opener, and then the Crusaders beat Florida State (a 12 seed) in the second round to advance to the Sweet 16, where they fell to Rhode Island.

1999, Oklahoma. It’s incredibly rare to have a power-conference school on the No. 13 seed line, but that’s where Oklahoma wound up as a 20-win at-large team. The Sooners dispatched Arizona and Charlotte before falling to Michigan State.

2006, Bradley. Imagine being a 13 seed making the Sweet 16 and not being the tournament’s darling because an 11 seed (George Mason) makes the Final Four. Bradley knocked off Kansas — a school that’s been on the wrong end of upsets from time to time — and Pittsburgh before being handled with relative ease by No. 1 seed Memphis.

2012, Ohio. Michigan raced all the way to the national title game behind Trey Burke in 2013, perhaps motivated by the memory of losing to Ohio in the first round in 2012. The Bobcats clawed their way past the Wolverines, then knocked off fellow upset buddy, No. 12 seed South Florida, in the second round. In the Sweet 16, Ohio came oh-so-close to making history, pushing No. 1 seed North Carolina to overtime before faltering.

2013, LaSalle. The club explored brave new worlds, becoming the first 13 seed to win three games in the NCAA Tournament. The first one was a First Four contest. LaSalle beat Boise State for the right to play No. 4 seed Kansas State. The Explorers won that one by two points, then beat 12 seed Mississippi by two points to advance to the Sweet 16, where they lost to Wichita State, a No. 9 seed that had just upended No. 1 Gonzaga and would get all the way to the Final Four.

Since the tournament expanded to 64 teams in 1985, we’ve seen four double-digit seeds reach the Final Four:

All four lost before reaching the title game. Only four teams seeded lower than the No. 3 seed line have ever won the national title: one 4 seed (Arizona in 1997), one 6 seed (Kansas in 1988), one seven seed (UConn in 2014) and one 8 seed (Villanova in 1985). No 5 seed has ever won. The Villanova story is the stuff of legend; a plucky, methodical 8 seed that reached the title game by grinding out a series of narrow wins (three by three points or fewer) and facing off against the might Georgetown Hoyas in the championship game.

It’s considered by some as the biggest upset in NCAA Tournament history. But here’s the thing: It makes for a great David and Goliath story, but Villanova was pretty darn good. In the 1985 and 1986 NBA Drafts, three starters from that 1985 team went in the top 30 picks (Ed Pinckney at 10 and Dwayne McClain at 27 in 1985 and Harold Pressley at 17 in 1986; Gary McLain went in the seventh round in 1985). Factor in that Villanova had already played Georgetown tough TWICE that year — losses by only two points and seven points — and, sorry, it doesn’t make for a top-five all-time upset.

It does, though, make for a pretty cool championship story. 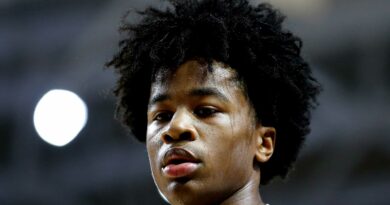 ‘He gave us so much’: Fan’s tears and a rush for Bryant memorabilia

Breaking down the best of the 2019 recruiting class