Home » Basketball » Kentucky could still be a 2-seed, and that matters a lot 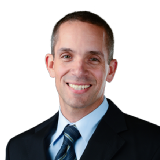 Keith Lipscomb is a senior editor for ESPN Fantasy Games.

In Joe Lunardi’s Bracketology published at the beginning of this week, Kentucky dropped to a No. 4 seed despite what was then a six-game winning streak and just one loss in the past six weeks. Let’s just say Big Blue Nation wasn’t feeling that. But the Wildcats have since moved back up to the No. 3 line, and have opportunities to improve their seeding the rest of the way, starting with Saturday’s home meeting with Auburn.

The Tigers ended Kentucky’s season last year by beating the Wildcats in overtime in the Elite Eight and won the first meeting this season on Feb. 1 in Auburn. It’s just the fifth time the Tigers have won back-to-back meetings with Kentucky in series history, which dates back to 1921.

Kentucky can clinch the SEC regular-season title and the No. 1 seed in the SEC tournament with a win against the Tigers. History is on the Wildcats’ side, as they have never lost three straight games to Auburn and are 48-2 at home against the Tigers. They have won 17 straight at Rupp Arena vs. Auburn, dating back to the most recent loss in 1988.

There’s still time for Kentucky to potentially ascend to the 2 line, especially if the Cats can win out. But how much does it really matter if Kentucky moves up or down a seed line? After all, John Calipari has already taken a No. 4 seed to the Final Four and a No. 8 seed to the title game during his time in Lexington.

NCAA tournament history doesn’t shine all that brightly on the 4s, in terms of deep advancement, and there’s a monstrous difference between No. 4s and No. 2s.

• No. 2s and No. 3s have had similar success in getting to (and winning) the championship game, but just three No. 4 seeds have reached the title game in the modern era and just one has hoisted the trophy (Arizona in 1997).

Below is an additional quick nugget on each of the three seeds, to further illustrate the differences between them:

No. 2: Never have we gone more than two years in a row without at least one No. 2 seed in the Final Four.

No. 3: A 3-seed has reached the Final Four in each of the past three years, just the second time that has occurred. And this is on the heels of five straight years without a No. 3 seed getting that far (2012-16), the longest such drought in the modern tournament era.

No. 4: It has been seven years since the last time a No. 4 seed made it to the Final Four.

Notice we’re talking about Final Four appearances here and not championships, because No. 1s have ruled the roost, winning 10 of the past 13 titles. But remember, if seeds hold into the Sweet 16, for example, No. 4s would have to face the toughest possible matchup. In the past 10 years, No. 1s are 15-5 against No. 4s in the tournament, while No. 2s are 8-7 vs. No. 3s, not surprisingly a much more even matchup historically.

That’s one reason why it’s important for Kentucky to remain in the business of being a top-three seed. Need another?

I’m willing to admit the word “disappointing” can differ in meaning depending on the individual. After all, expectations on the hardwood are high at Kentucky just about every season, so fans may feel disappointed that the Cats have just one title with Calipari at the helm despite three No. 1 seeds and a pair of No. 2s during the past decade.

But only one team can win the title each year, so I think it’s fair to say that when a team earns a top-two seed anything less than a trip to the Elite Eight is disappointing. Given those parameters, Calipari has rarely disappointed.

In the past 25 years, only Jim Calhoun (.784) has a better NCAA tournament winning percentage than Calipari’s .765 mark. And Calipari is one of two coaches to lead three different schools to the Final Four (Kentucky, Memphis and UMass).

His teams have reached the Elite Eight in 10 of his past 13 trips to the Big Dance (seven out of nine at Kentucky), and that’s regardless of seed. In his past 11 tourney appearances as a top-two seed, he has failed to get as far as the Elite Eight just once (2009 at Memphis, losing in the Sweet 16).

Since it’s very unlikely the Cats will reach the 1 line in this year’s bracket, let’s instead focus on how Calipari has fared specifically as a No. 2 seed in the past quarter-century — the last time he coached a No. 3 seed was 27 years ago! — compared to his results as a No. 4 and No. 5 seed (since it’s possible the Cats could drop a seed line or two as well).

In his three trips as a 4-seed or 5-seed, it’s been a mixed bag, as you might expect with slightly less talented teams. As a No. 4, Calipari’s Wildcats were eliminated in the second round in 2016 and made the Final Four in 2011. In his only appearance as a No. 5 seed in 2018, also at Kentucky, the run ended in the Sweet 16.

To no one’s surprise, UK’s strong play of late has been noticed in Vegas. At the beginning of the week, Caesars Palace had Kentucky’s odds to win the national championship at 18-1, which made them the 10th-ranked betting favorite. In just a few days, the odds are already shorter at 13-1, putting them in a tie for the fourth-ranked betting favorite. Calipari’s track record of surviving and advancing deep into the tournament is a large reason why and could serve him well in this Year of the Unknown.