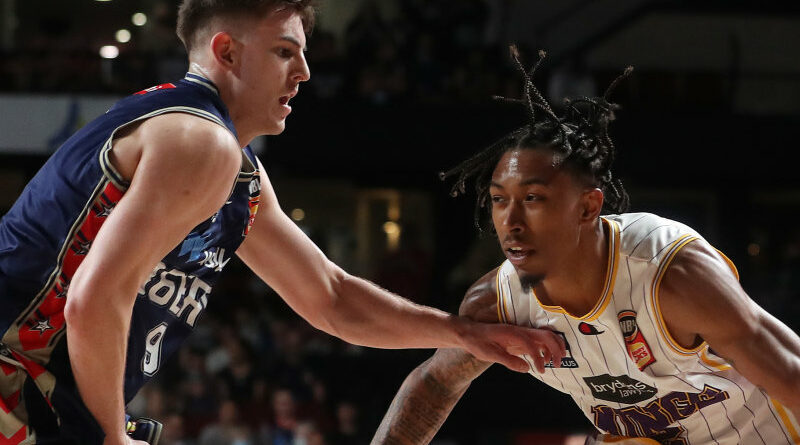 The Harlem Globetrotters are scheduled to bring their show to the Harbour City in July.

The way things are going, they will be the second-hottest team in town. 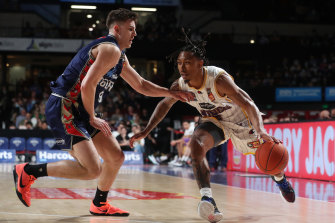 Sydney have extended their winning streak to 11, adding Adelaide to a growing list of scalps with a 84-77 win on the road.

The victory keeps alive Sydney’s hopes of finishing the regular season in top spot, moving within striking distance of ladder leaders Melbourne United. Not since 2005-6 has the franchise enjoyed a longer run, one they will seek to extend all the way to their first title since that season. However, the first priority will be to notch the one additional win required to ensure the club’s qualification for the play-offs. They will get their chance against the Breakers on Tuesday and then the hot Hawks at the WIN Entertainment Centre on Thursday.

This was the 100th meeting between the teams, 34 years after their first. The overall ledger still favours Adelaide 55-45, although the Kings have now won nine of the past 12.

The Kings didn’t have it all their own way. Ian Clark, the import who was Steph Curry’s back-up at the Golden State Warriors, hasn’t lost since arriving in February. However, the NBA veteran was a late scratching after failing to overcome a groin injury he suffered against the Jackjumpers. His absence, coupled with the early foul trouble Jaylen Adams found himself in – the import never got going and was limited to just 12 points – meant teammates had to step up.

Xavier Cooks was the pick of them, scoring a game-high 22 points and pulling down nine rebounds. Angus Glover helped swing the momentum the way of the men in purple and gold with a solid contribution from the bench.

“It’s a great time to be a King right now,” Cooks said.

“We’ve got to keep winning games and see how we go. The bigger picture is the play-offs right now.

Adelaide forward Daniel Johnson was an early threat offensively, scoring 18 points in the first half alone. However, he added only two more in the second, unable to produce when it mattered most.

There were 17 lead changes in their last encounter, a thriller in which Sydney prevailed. This one didn’t have the same ebb and flow. The 36ers raised hopes of an upset when they led by four late in the first quarter, but that’s as good as it got for the hosts. By the time the Kings secured a 13-point three-quarter lead, the home crowd was silent. They found their voice when the hosts got within six points in the final quarter, but they couldn’t make further inroads.

While the Kings’ didn’t produce the defensive intensity of previous weeks, their transition game compensated. As the game unfolded, the 36ers couldn’t keep pace.

This was a case of Sydney playing well below their best, but still getting the job done. It is the trait of a good team, one that has found form at the business end of the season. 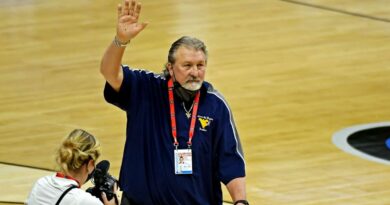 Basketball: Mavs' Dirk Nowitzki on being 40, LeBron passing him on the all-time scoring list, and Doncic