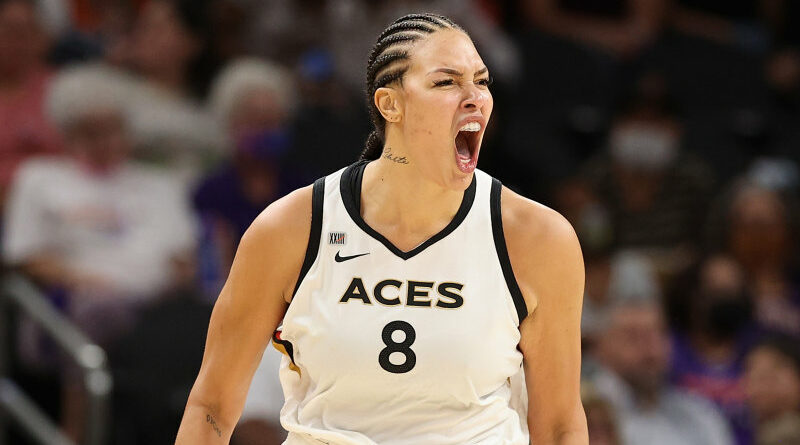 An investigation into Liz Cambage’s behaviour during a pre-Olympic exhibition basketball match against Nigeria is complete and she has been told to front a private hearing before an independent Basketball Australia panel.

Cambage, by her own admission, came to blows after heated verbal sparring but has denied other “rumours” of what allegedly unfolded against the Nigerians in a closed-door scrimmage in Las Vegas in July during the Australian Opals’ warm-up campaign ahead of the Tokyo Olympics. 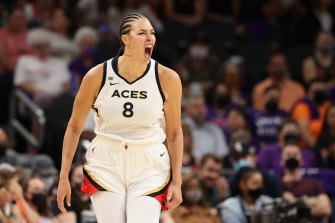 Liz Cambage will front a hearing once the Aces’ season is over.Credit:Getty Images

Basketball Australia released a statement on July 19 confirming its integrity unit had been called in for what was deemed by the organisation to be a “breach of the integrity framework and code of conduct”.

The star centre withdrew from the team and did not travel to Tokyo, citing struggles with her mental health, including panic attacks, concerns about heading into another bubble and a lack of sleep, declaring she needed time to take care of herself.

Footage of the on-court incident was captured on a phone – the match was not broadcast – but industry sources say only a select few have seen the vision.

Industry sources have confirmed extensive interviews were conducted, including with the Nigerian players, as part of a report. But The Age and Sydney Morning Herald can reveal Cambage, 30, has now been ordered to also front an independent hearing, once her WNBA play-off campaign with the Las Vegas Aces ends this month. The Aces, with Cambage scoring nine points, defeated Phoenix 93-76 on Thursday to lock their semi-final series at 2-2 and force a deciding game five.

The hearing will be held in private, with Cambage set to appear via Zoom. Neither her Australian-based manager Michelle Tozer, of IMG, nor Basketball Australia, wished to comment.

The final report has not been publicly disclosed, and has been tightly held within the top echelons of the national body now run by new chief executive Matt Scriven, the former managing director of Nine Melbourne.

Cambage could be banned from future Opals matches, which wouldn’t be ideal as she is the national team’s most important and marketable player and Australia will next year host the women’s FIBA World Cup in Sydney. The Opals were knocked out in the quarter-finals by the USA in Tokyo without her. Cambage had flagged leading into Tokyo that could have been her last Olympics.

She could also be banned from the Women’s National Basketball League, which is run by Basketball Australia. The 2021-22 fixture is set to be unveiled as soon as Friday. Cambage was a key figure in the Southside Flyers’ championship run in the Northern Queensland bubble last year but there has been no indication she will be back this summer.

However, basketball insiders suggest the fact that Cambage missed the Tokyo Olympics could be seen as enough punishment – if she is found guilty.

Regardless of whether Cambage is found guilty or punished, industry sources say she will need to make peace with her teammates, for this is not the first time relationships have been strained.

Cambage, whose father is Nigerian, took to social media soon after leaving the team to confirm there had been a physical and verbal altercation but was disappointed there had also been rumour-mongering.

“Yeah, things got heated in the Nigeria game. There was a physical altercation and there were words exchanged, but I’m hearing things that aren’t true at all,” she said.

There had been allegations Cambage had also broken protocol and left the Opals’ Las Vegas bubble, but she has denied this. This will not come before the Basketball Australia hearing. Cambage had been allowed to attend the WNBA All-Star game as a spectator.

She returned to the WNBA after the Opals’ disappointment but missed three weeks, having contracted coronavirus. In a post-match video call, she thanked her mum for helping her through.

“I’m so lucky my mama is in town all the way from Australia,” Cambage said.

“I’m so thankful she was here to look after me and get me back on my feet, and that she didn’t get [COVID-19]. She’s the real MVP at the moment.”

Three Takeaways from No. 8 Kentucky’s big win over No. 9 Kansas 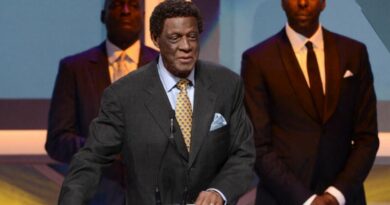