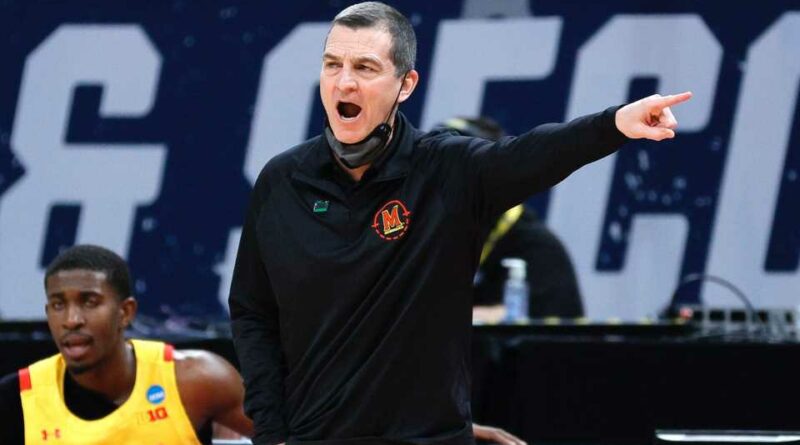 The Maryland Terrapins are losing basketball coach Mark Turgeon after the school announced Friday that the program and coach are parting ways. Maryland named its assistant coach Danny Manning as interim head coach.

“After a series of conversations with Coach Turgeon, we agreed that a coaching change was the best move for Coach Turgeon and for the Maryland Men’s Basketball program,” Damon Evans, director of athletics at Maryland, said via a statement. “He has dedicated over a decade of his life to the University of Maryland, and has coached with distinction and honor. He leaves College Park as the 2020 Big Ten Conference champion and with more than 225 victories. He’s a great coach and a great person, and I wish Mark, his wife Ann and his entire family all the best in the next chapter of their lives.”

Turgeon added to Maryland’s statement, and he made it sound like this decision has been in the talks for a little while.

“After several in depth conversations with Damon, I have decided that the best thing for Maryland Basketball, myself and my family is to step down, effective immediately, as the head coach of Maryland Basketball,” Turgeon said. “I have always preached that Maryland Basketball is bigger than any one individual. My departure will enable a new voice to guide the team moving forward.

Stadium’s Jeff Goodman provided more context to this change, which came as somewhat of a shock to college basketball fans. Reportedly, the Maryland administration wanted to go down a different path, and Turgeon was “worn down by the job and fan base.”

This change came mostly as a shock because Turgeon had just signed a three-year contract extension in April, meaning he would stay coach until the end of the 2025-26 season. More details about the reasoning behind the change have not been released.

In his 10-plus years coaching at Maryland, Turgeon has a 221-113 record. Maryland has appearances in five of the past six NCAA Tournaments, and it would have been six out of seven if the tournament wasn’t canceled in 2020. The farthest the Terrapins have made it in the NCAA Tournament under Turgeon is to the Sweet 16 in the 2015-16 season.

In the 2019-20 season, Maryland won its share of the Big Ten Championship title for the first time since the 2009-10 season. The team was predicted to go far in the NCAA Tournament before it ended up being canceled because of the COVID-19 pandemic.

So far this season, the Terrapins are 5-3, with their latest 63-58 loss coming to Virginia Tech on Wednesday. Turgeon appeared defeated during the news conference after this loss.

In April, Turgeon signed a three-year extension with Maryland with a payment of $3.3 million per season. The contract also included bonuses for any milestones Turgeon would have accomplished, such as winning the Big Ten tournament or making an appearance in the NCAA Tournament.

Because Maryland and Turgeon agreed to part ways mutually, it’s unknown whether Maryland owes Turgeon a set amount of money. His contract stated that if he was fired before May 1, 2022, Maryland would pay him $5 million. If Turgeon left Maryland for any “athletically-related employment or consulting in intercollegiate athletics or professional sport,” he would owe the school $500,000.

Who is Danny Manning?

Danny Manning was hired as Maryland’s assistant coach in April under Turgeon. The two played college basketball at Kansas together from 1984 to 1987.

Before taking the Maryland job, Manning worked the previous year as an analyst for ESPN. He worked as Tulsa’s head coach from 2012 to 2014, then as Wake Forest’s head coach from 2014 to 2020. While neither of those schools had tournament berths during his coaching years, he did coach 14 future professional players at Wake Forest, including John Collins and Jaylen Hoard.

Manning’s original assistant coach contract was a one-year $275,000 deal. His contract was set to expire on April 30, 2022. There have been no details released about a new contract.

‘We could still go 3-25’: Phoenix stay grounded ahead of Kings clash