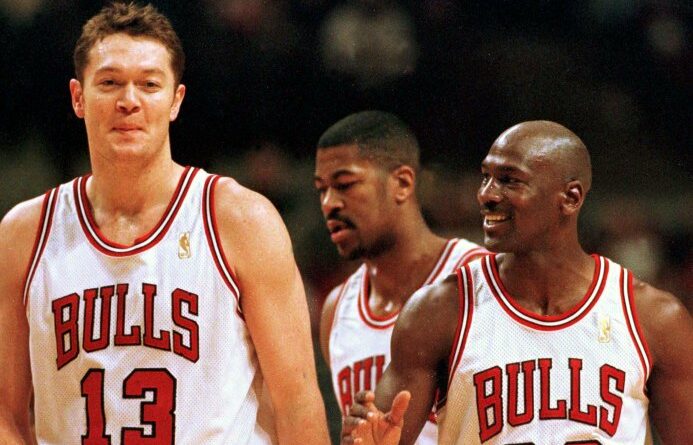 Basketball legend Michael Jordan has admitted he regrets not including his Australian teammate Luc Longley in the popular documentary series about the Chicago Bulls’ dominance in the 1990s, The Last Dance.

Longley was a member of the Bulls team that won three NBA titles in 1996-98 but in a 10-part Netflix series released last year featuring interviews with most the team, which Jordan’s company produced, the fact the big Australian was not interviewed and was rarely mentioned was controversial. Particularly in Australia. 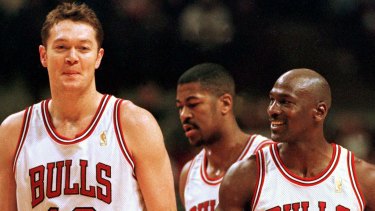 Longley declined to talk to media about the snub, but director of the Last Dance Jason Hehir told the Herald last year the decision to interview 90 people but not include Longley was due to budget.

In a two-part Australian Story episode focussed on Longley’s career that begins on Monday night, the 218cm giant finally admits he was hurt by the snub.

And in a sign that Longley’s pain resonated with his former Bulls teammates, Jordan, Scottie Pippen, Steve Kerr and legendary coach Phil Jackson all agreed to talk to Australian Story about Longley.

Jordan, who rarely does interviews, told the ABC if he could change any part of the documentary series he would ensure Longley’s role in the Bulls three consecutive championships was recognised.

“I can understand why Australia would say, ‘Well, why wouldn’t we include Luc?’ And we probably should have,” Jordan told the ABC.

“And if I look back and could change anything, that’s probably what I would have changed.”

“I know it hurt him,” Kerr says. “I watched it with my kids and I thought about Luc’s omission from it and how much he lost from that, and I feel bad for Luc.”

Longley has barely spoken about the documentary and says the media interest in his absence from it forced him to change his phone number. 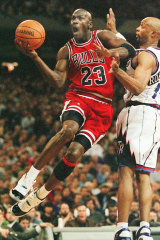 “Sitting there on the couch and watching episode after episode where I wasn’t in it — yeah, I was bummed about that,” Longley says.

Longley agreed to do an Australian Story and helped producer Caitlin Shea make contact with his former Bulls teammates, including Jordan.

“We got those interviews in the can and then it became about securing Michael Jordan. He expressed openness with Luc to doing it right from the start. And then finally, I think Luc just sent him an email and asked him to be involved and he said yes.

“There’s no way if I just went knocking on his door that he would have said yes to us. It’s a sign of the deep connection those guys have from their time in the trenches 25 years ago. They all agreed to do it and were very gracious and generous of their time.” 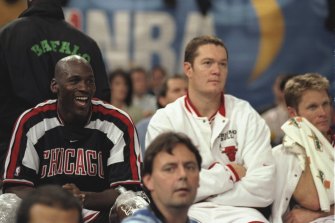 Shea organised for a local camera crew to meet Jordan but she conducted the interview herself, via an iPad.

“I was so nervous before the interview with Michael Jordan,” Shea said.

“But he just loped into frame and he was delightful. Luc and I had spoken about the interview beforehand. He coached me through it and gave me a bit of a game plan because he knows Michael so well.

“But Michael was absolutely delightful. He was forthcoming, he was generous and he seemed really happy to be interviewed about Luc.

“Sometimes in The Last Dance he seemed a little defensive. He just seemed really open and happy to be there, talking about Luc.

“The most lovely answer was when I asked him about why he was doing this interview. He gave the most amazing answer. But I’ll save that for part two.” 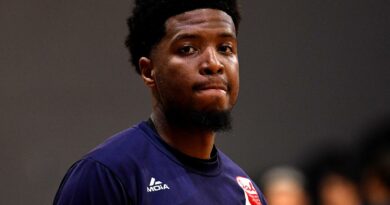