Home » Basketball » Mystery teams, All-Americans and other national predictions for 2022-23 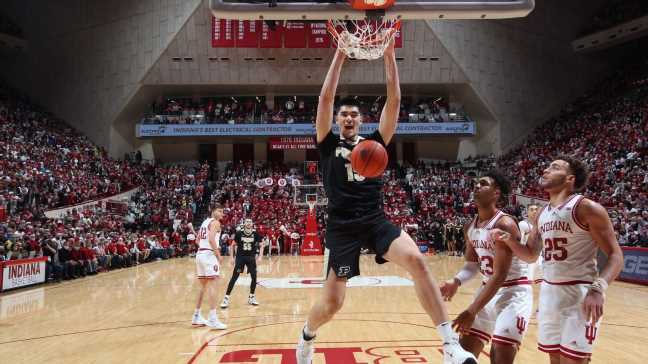 Seven months ago, Kansas entered the locker room at halftime in the national title game facing a double-digit deficit against North Carolina. Something happened within that room, because Kansas then launched one of the great turnarounds in title-game history, cut down the nets, and the 2021-22 season was over.

A lot has changed in college basketball since then. Nearly 2,000 players entered the transfer portal and restructured rosters around the country. The retirements of Jay Wright and Mike Krzyzewski have begun a new chapter for two of the game’s powerhouses. Expansion rumors continue to percolate, and it’s unclear how the game’s hierarchy will look in the future.

That all sets the stage for a 2022-23 campaign full of mysteries. Sure, Oscar Tshiebwe and Drew Timme return, and North Carolina is an obvious favorite to win the national title. But we don’t know much more beyond that. After six weeks of previewing the season — including discussing the strengths and weaknesses of every Power 5 conference, the AAC and the mid-majors — ESPN’s Myron Medcalf, Jeff Borzello, John Gasaway and Joe Lunardi make their final predictions.

The most interesting team

Medcalf: It feels safe to assume UCLA’s marriage to the Pac-12 will end in turmoil. During Pac-12 media day, league commissioner George Kliavkoff said he didn’t know anyone in favor of the Bruins’ move to the Big Ten — putting coach Mick Cronin and his players in a bad spot that day. The drama could continue throughout the season, especially if the preseason league title pick lives up to the hype. Meanwhile, Jaime Jaquez Jr. is finally healthy, five-star prospect Amari Bailey has arrived and Tyger Campbell is one of America’s top point guards. UCLA is must-see TV this year.

Borzello: Duke is always a storyline entering the season. But Mike Krzyzewski is no longer on the sideline, replaced by Jon Scheyer after more than 40 years in Durham. And, Duke brings in the No. 1 recruiting class in the country, while returning just one player (Jeremy Roach) who saw a real role last season. There are a lot of questions, but also high expectations and a ton of talent.

Gasaway: The last time we saw Kentucky, the Wildcats lost to a No. 15 seed. Now, they’re KenPom’s preseason No. 1. For the first time in coach John Calipari’s tenure, two seasons have come and gone without the program reaching the second weekend of the tournament. That reigning Wooden Award winner Oscar Tshiebwe is still here proves college has become a big man’s game … right? Or do the past two national champions suggest otherwise?

Lunardi: It will have been seven years without a call when Indiana sees its name on Selection Sunday. Now, in just his second season, Mike Woodson has the Hoosiers in position to end up atop the Big Ten and play deep into March. Woodson came home for this; star Trayce Jackson-Davis came back for this. Could Indiana really make the Final Four for the first time this century? Why not?

Lunardi: Dayton will begin its 2020 COVID revenge tour with point guard Malachi Smith sidelined by an ankle injury. Not great, but better than cancelling the NCAA tournament on a presumptive No. 1 seed and best team in school history. Smith will be back, center DaRon Holmes II will do a credible Obi Toppin imitation and the Flyers will not be “first team out” of the 2023 field. This season, the “D” in Dayton stands for disruptor.

Gasaway: Iowa. We’ve seen the “disaster” part. The Hawkeyes were out of the tournament by late afternoon on the first Thursday of the 2022 tournament, courtesy of No. 12 seed Richmond. But laptops yet again absolutely love this 2022-23 offense. Plus, Kris Murray is a preseason All-Big Ten selection despite starting just once last season. The aforementioned laptops are yet again wary of Iowa’s defense, though. The Hawkeyes could shock a No. 1 seed in the round of 32 or pull another 2022.

Borzello: Auburn was one of the nation’s big surprises last season, winning the SEC and even rising all the way to No. 1 in the polls in late January. The Tigers have the talent to compete near the top of the league again — but also have a backcourt that was highly inconsistent and struggled with decision-making last season. And now they don’t have Jabari Smith and Walker Kessler to bail them out. Can Wendell Green Jr. and K.D. Johnson take a step forward? Can Yohan Traore and Johni Broome replace the outgoing first-rounders?

Medcalf: Purdue. There’s a scenario in which national player of the year candidate Zach Edey and a bunch of new guards, including David Jenkins Jr. (40% from 3 at Utah last season), could blend and be a dangerous group ready for a run in March. There’s also the chance the Boilermakers could get into the NCAA tournament and face a veteran team that bounces them out.

The first top-25 team to exit the NCAA tournament

Gasaway: Oregon missed the tournament last season and returns less than half of its possession minutes. Will Richardson is outstanding. Landing national top-10 recruit Kel’el Ware was an exceptionally nice get for coach Dana Altman. Still, it’s not entirely clear how this particular rotation is expected, or expecting, to excel.

Medcalf: Illinois. I think Brad Underwood always finds a way to regroup, and adding Terrence Shannon Jr. and Matthew Mayer is certainly a boost. But the loss of Kofi Cockburn, one of the most imposing players in college basketball for the past two years, leaves one of the sport’s greatest voids. I could see this team being fairly vulnerable once the NCAA tournament begins.

Lunardi: No one has admired Villanova’s decade of excellence more than this St. Joe’s guy. But does any school get John Wooden twice? The loss of Jay Wright is massive. The Achilles injury suffered by Justin Moore was only seven months ago. The Big East has multiple challengers to Villanova’s throne. All due respect to new coach Kyle Neptune, who has hit all the right notes in succeeding Wright, but the Wildcats have only one way to go.

Borzello: Michigan, the only AP preseason top 25 team I don’t have in my top 25 heading into the season. The Wolverines bring back just one starter from a team that finished 19-15 last season (albeit one that made the Sweet 16 as an 11-seed), and don’t bring in any surefire lottery picks or game-changing talent. I love Hunter Dickinson, but coach Juwan Howard will have to figure out a lot of things with the rest of his roster.

Lunardi: I already mentioned the potential impact of Trayce Jackson-Davis. The 6-9 sophomore is the likely Big Ten Player of the Year. Why not take it one step further if the Hoosiers can pull off a storybook Final Four season?

Borzello: Armando Bacot. It’s not all that creative of an answer, but the best player on the preseason No. 1 team in the country? I’ll take a shot on that any day. Bacot is dominant on the interior. He averaged 16 and 13 last season, then upped his game in the NCAA tournament, averaging 15.3 points and 16.5 rebounds — including two games of 20-plus rebounds. Ridiculous numbers. If he does close to that for a full season …

Gasaway: Max Abmas. He’s the nation’s third-leading returning scorer, and there’s a fair chance Abmas will launch 300 3-point attempts this season. What if they fall? Enough of these all-conference teams with four centers. Keep an eye on the Oral Roberts scoring machine listed at 6-foot-0.

The storyline to watch

Borzello: The returning bigs. And it’s not just Oscar Tshiebwe, Drew Timme, Armando Bacot, Hunter Dickinson and Trayce Jackson-Davis. The depth at the position is remarkable this season. Adama Sanogo is going to be great again. Zach Edey might be the most dominant inside scorer in the country. Colin Castleton is fantastic at both ends of the floor. Ryan Kalkbrenner is incredibly underrated. DaRon Holmes II is ready to have a huge season. Oh, and the No. 1 recruit in the ESPN 100 was Duke center Dereck Lively. There will be high-level individual matchups at the position all season.

Gasaway: The changing game. Will UCLA and USC really join the Big Ten? (Not if our colleague Bill Walton can help it!) What about Gonzaga and the Big 12? Is tournament expansion really on the table, or is it just talk? Will there be a 24-second clock? Does the selection committee really have to live forever? It’s been a good 40-odd years with a 60-something-team tournament, shifting conferences and progressively longer 3-point lines and shorter shot clocks. What’s next?

Lunardi: The drumbeat for NCAA tournament expansion will grow louder. It’s not a terrible idea, provided it’s done modestly — as in, not 96 teams — and sensibly. There are ways to address both the power conference schools on the at-large side and preserve the obvious place for automatic qualifiers in America’s greatest sporting event. And if the men’s basketball committee can’t figure it out, yours truly is just a phone call away.

NEWCOMER OF THE YEAR PICKS

COACH OF THE YEAR PICKS 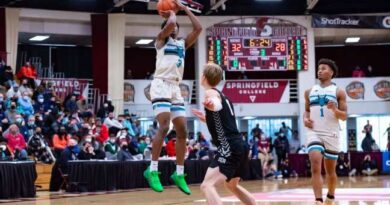 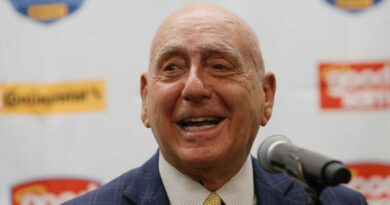