Tencent has been offering text updates only for Sixers games as well as those involving the Houston Rockets, Morey’s former employer. It also refused to screen Rockets games last season.

State broadcaster CCTV, which holds China’s exclusive TV rights for the NBA, has not aired any games since the season opened on Dec 22.

Tencent’s refusal to stream Sixers and Rockets games, and CCTV’s continued black-out, extends a year-long stand-off in the NBA’s biggest international market that has cost it hundreds of millions of dollars.

Morey, then the Rockets’ general manager, tweeted “Fight for Freedom, stand with Hong Kong” in October 2019, referring to the pro-democracy protests that Beijing calls separatist and seditious.

When the NBA backed Morey’s right to free speech, CCTV responded by pulling broadcasts, although it made a “goodwill” gesture by airing Game 5 from the NBA Finals series in October.

Tencent has continued streaming games, but only text updates were available for the Sixers’ season-opening win over the Washington Wizards on Dec 23.

Two other Sixers games over the weekend – against the New York Knicks and Cleveland Cavaliers – also had text updates.

Rockets games remain text-only this season, despite the popularity in China of Yao Ming’s former team.

Morey, who joined the 76ers in early November, told ESPN last week that he once feared his tweet supporting Hong Kong activists could end his NBA career.

However, he said he remained “very comfortable with what I did” even though he did not anticipate the outrage he would face from China.

Separately, the NBA fined Morey US$50,000 (S$66,300) on Monday for a tweet praising Rockets star James Harden, who has indicated he would accept a deal to join the 76ers. 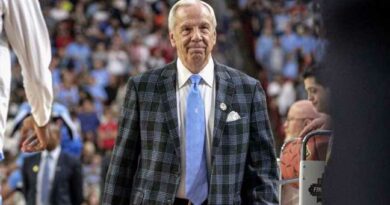 Court Report: It’s time to acknowledge the incomparable Ethan Happ as a National Player of the Year candidate 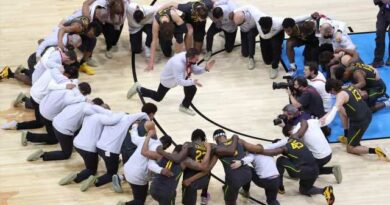