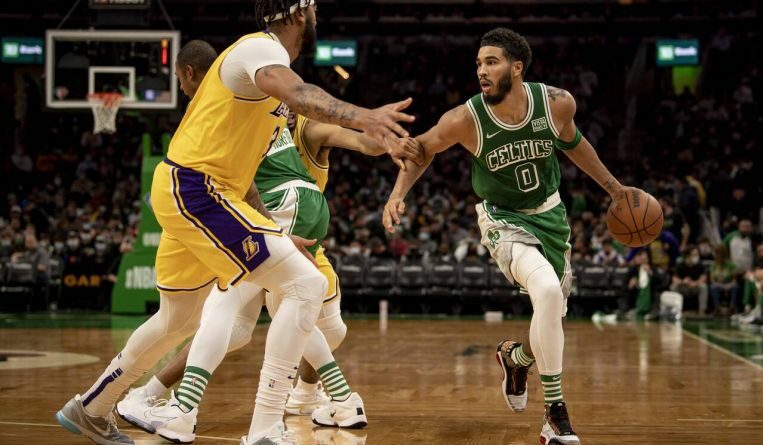 (REUTERS) – An emotional victory over their huge NBA rivals has the Boston Celtics riding high into a home match-up with the Oklahoma City Thunder on Saturday (Nov 20) night.

Jayson Tatum’s 37 points and 11 rebounds carried the Celtics in a 130-108 rout of the Los Angeles Lakers on Friday. His big game spoilt the return of Lakers star LeBron James after he missed eight games with an abdominal injury.

“Whether anybody else believed it (or not), I always tell myself when I get on the floor I’m the best player,” Tatum said.

The Celtics trailed by 14 points late in the first quarter before coming to life and outscoring the Lakers 112-76 the rest of the way. Boston won for the sixth time in nine games after opening their season with five losses in seven games and lead the Eastern Conference with a 12-5 record.

“I’d say (it was) composure, resilience, and just never hung our head. It never felt like we were out of the game,” Celtics first-year coach Ime Udoka said after making his sideline debut in one of the National Basketball Association’s biggest rivalries.

Boston’s win was all the more impressive considering it came without injured All-Star forward Jaylen Brown, who missed his seventh straight game with a Grade 1 right hamstring strain. Centre Robert Williams III was also sidelined due to an ailing left knee.

Oklahoma City are coming off a hard-fought effort in a 96-89 loss against the defending champions Milwaukee Bucks.

Jeremiah Robinson-Earl’s three-pointer with 2:36 left pulled the Thunder within 91-89. Neither team scored again until Giannis Antetokounmpo’s two-footer with 28.7 seconds remaining, and the Bucks closed out the win at the free-throw line.

“We gave it everything we had out there,” Oklahoma City assistant coach Dave Bliss said. “Just really proud of these guys.”

Bliss is serving as the team’s interim coach during their three-game road trip with head coach Mark Daigneault away from the team for the birth of his child.

Shai Gilgeous-Alexander had a team-high 17 points on 5-of-20 shooting to pace the Thunder. Josh Giddey totalled 14 points and 12 rebounds, Mike Muscala added 14 points and nine rebounds off the bench while Luguentz Dort and Ty Jerome scored 10 apiece.

Giannis Antetokounmpo, with 21 points and 19 rebounds, added seven assists and four blocks to help the Bucks earn their second consecutive win despite shooting a season-low 37.3 per cent from the floor.

“We’re a young team, we have a lot of flaws,” Jerome said. “But the thing I love about us and I think people will grow to love about us: We have no quit in us.”

The Thunder and Celtics split their two-game series last season.

Meanwhile, James Harden scored 13 of his 36 points in the third quarter and Brooklyn survived some shaky moments in the fourth before eking out a 115-113 win over Orlando in New York.

The Nets won for the 10th time in 12 games and also survived star Kevin Durant (sprained right shoulder) missing his first game of the season.

Andrew Wiggins had 27 points and Nemanja Bjelica tossed in 14 off the bench for the Warriors, who lead the Western Conference with a 14-2 mark. 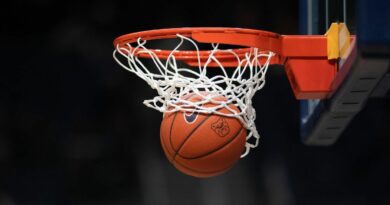