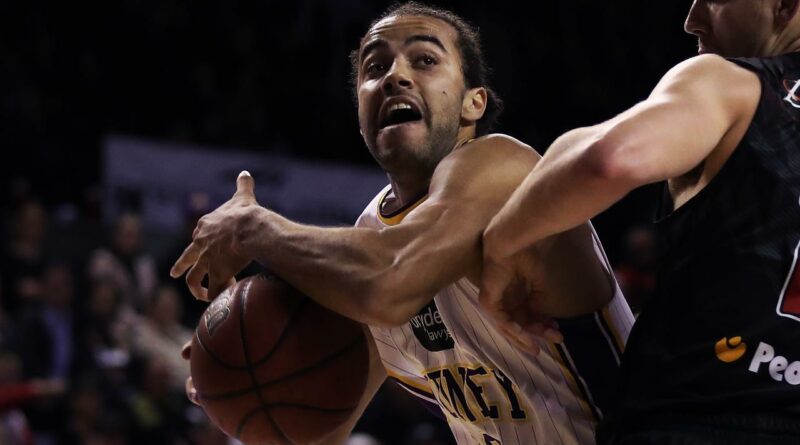 With Sydney’s season on a knife’s edge, coach Adam Forde says he doesn’t care if his charges find out their fate before they run out to face the Brisbane Bullets on Saturday evening.

The Kings need New Zealand Breakers to knock off South East Melbourne Phoenix in the early game to keep their season alive.

Forde said it was “inevitable” the group would find out the result before tip-off — but he doesn’t expect it to affect their performance.

“We can do everything, we can lock up the phones and be living in this bubble and then we can walk out of the tunnel and someone will just yell out ‘Oh, boys, you’ve got a chance’,” Forde said after his side’s season-saving win over Illawarra Thursday.

“It’s definitely motivating to know that ‘OK we’re still in with a shot’. Is that going to change how the guys are going to perform? No, it’s the last game of the season, we want to finish out on a high note.”

Watch live coverage every week of the 2021 NBL Season with ESPN on Kayo. New to Kayo? Try 14-Days Free Now >

Kings coach Adam Forde says his side needs no further motivation than getting a W against the Bullets. Picture: Getty ImagesSource:Getty Images

One way Forde can give his team the best chance is by getting struggling import guard Casper Ware’s offence going.

After missing all 11 of his shots against Perth and making just five of 20 against Melbourne, Ware went scoreless in he first and last quarters against Illawarra, finishing with 10 points on 4-13 shooting, although he did hand out eight assists to get his teammates involved.

But Ware’s former teammate Pete Hooley believed the slump could be having a mental impact on the California native.

“Whether that’s a lot going on between the ears now … that shooting slump, he’s well aware,” Hooley said on the NBL call.

“It’s a bit like quicksand — the harder he’s fighting, the deeper he’s sinking.

“You know when Casper Ware’s up and about. He’s got a bounce to his step, he’s having fun out there, he’s smiling ear-to-ear, but he’s an assassin when he’s doing that.

“That’s the one key that you’d like to see Casper Ware get back into if you’re a Sydney Kings fan.”

Rookie mentor Forde said Ware’s leadership and basketball IQ had been a godsend — and he earmarked the three-time All-NBL First Team member as a future coach.

“I’ve said this before and I’ll say it again, as a rookie head coach, to have Casper Ware as someone I can turn to and rely on at different stages of the season, is massive,” Forde said.

“I can’t pump him up enough. I don’t know what his ambition is after playing basketball, but he’s got all the makings to be a coach if he wanted to do that.”

Scouts there for RJ Hampton, but Machado rules