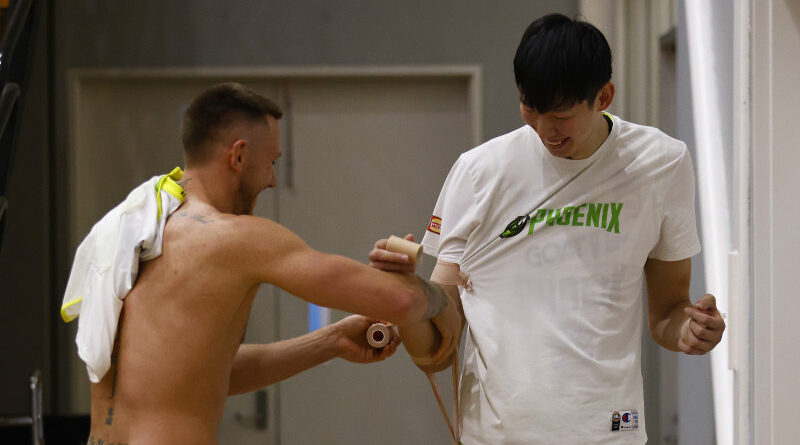 Chris Goulding is out and RJ Hunter should be in, but Chinese star Zhou Qi is under an injury cloud heading into the NBL’s opening round.

Melbourne United captain Goulding felt for his hamstring at training on Tuesday and will be out for this weekend, facing a fitness test ahead of the “Throwdown” against South East Melbourne Phoenix next Sunday; Sydney Kings NBA import Hunter is tipped to make his club debut after pulling his groin in the warm-ups for his club’s opening game of the NBL Blitz.

But the biggest uncertainty surrounds Phoenix centre Zhou, who rolled his ankle while starring for China in their FIBA World Cup qualifier win over Japan last weekend. 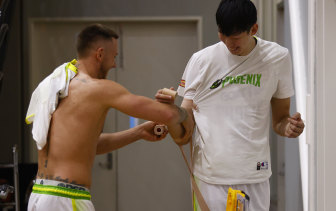 Zhou has been hailed as the most important signing in NBL history. Not only is he vital to the Phoenix’s defence, a successful season in the NBL could open up commercial and future playing opportunities for other young Chinese stars looking to take the step to the NBA.

He returned to Australia on Wednesday and has to finish a 72-hour isolation as the game was in Japan. The Phoenix were taking a cautious approach to his recovery on Wednesday, saying it was hard to know if he would be fit or not. He will need a fitness test on game day.

Hunter’s return is a welcome one for the Kings, with the former Boston Celtics guard a lights-out shooter who is tipped to have some big games this year.

He pulled his groin in warm-ups for the first pre-season game and the COVID-19 scare at the Illawarra Hawks denied him the chance to get any playing time last weekend, but he is expected to play a role in Sunday’s clash with Melbourne United at Qudos Bank Arena.

I was at Melbourne training last week and loved the way Olympic bronze medal-winning teammates Dellavedova and Goulding were combining during training, but we will have to wait at least a week to see them team up under the bright lights.

United and Phoenix will be desperate to have their full sides in round two for what is shaping as a post-lockdown celebration and potentially a capacity crowd of 11,000 fans.

But United won’t rush Goulding – the two-time championship winner captain is too valuable to risk – nor will Phoenix rush Zhou, so we will all be watching with interest on Saturday.

The New Zealand Breakers have done it as tough as any club in the past 12 months, spending 156 days in Australia last season and again saddling up for a long stint this campaign.

But they have had a horror week after COVID-19 hit nine of the 39-strong travelling party, and two players and coach Dan Shamir had to isolate.

Shamir has reportedly been feeling under the weather despite being vaccinated and Stuff.co.nz reported on Wednesday that Shamir was unlikely to coach on Saturday night.

The NBL won’t be postponing the game as their COVID-19 player rules allow for replacement players to be called in and postponements can only be considered if a team can’t suit up eight active players.

If LeBron can get it, anyone can

The Breakers aren’t alone in battling COVID-19. NBA superstar LeBron James was put onto the league’s health and safety protocols this week and has reportedly tested positive for the virus. 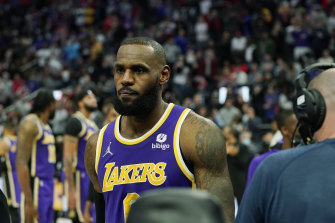 LeBron James is in the NBA’s health and safety protocols.Credit:AP

The LA Lakers forward is reportedly double-vaccinated and it isn’t clear if he has had a booster shot, but it proves yet again that the virus doesn’t discriminate and can get to anyone in the right circumstances.

James is the player of his generation and the biggest figurehead in the league, so everyone will be hoping he is back soon and back at full fitness. James, who turns 37 this month, is on track to play several more years unless injury or illness intervenes.

WNBL title contenders Melbourne Boomers will have a new home this season, heading to the renovated Parkville – formerly known as the State Netball and Hockey Centre.

The Boomers’ home at the State Basketball Centre at Wantirna South in Melbourne’s south-east is undergoing major extension works, so the club has moved its club base and home games.

The Boomers kick off their tenure at Parkville against reigning champions Southside Flyers on December 11, but they will do so while looking for a new general manager. Christy Collier-Hill has been snapped up by Basketball Australia to replace Lauren Jackson as head of the WNBL.

The WNBL tips off this weekend and WA’s tight border restrictions mean the Perth Lynx are stuck at home until round five, when they are tipped to temporarily move to regional Victoria for the majority of January and February.

The league still has a February 20 home game listed for the Lynx, but no one can confidently predict what WA’s border rules will be by then.

But the Warriors know they have an ace up their sleeves, with championship-winning guard Klay Thompson fast approaching a return from serious knee and Achilles injuries. 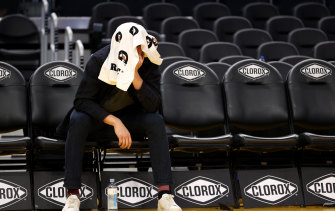 Warriors coach Steve Kerr was excited about what they could do to teams who overplay on MVP favourite Steph Curry when Thompson rejoins them.

“When people commit players to Steph the way Phoenix did then there has to be openings,” Kerr told US media after the game.

“That’s going to be fun. We have a lot to look forward to, but we have to get better.”

Two moments to look out for on Friday night

Tasmania JackJumpers open the NBL season and their renovated home MyState Arena, formerly the Derwent Entertainment Centre, when they tip off the season against Brisbane on Friday night.

The JackJumpers name has been a win on the island and import Josh Adams has had fans excited about his dunks and three-pointers during the NBL Blitz, while former Bullet Will Magnay has much to prove after his short-stint with New Orleans Pelicans in the NBA last season.

But the scene-stealer could come in Perth when new Adelaide 36ers coach CJ Bruton and his side receive their trophy for winning the NBL Blitz pre-season tournament.

The word is that league great Cal Bruton, father of CJ, will be at the game to present his son with the Loggins-Bruton Cup which is named after Leroy Loggins and Cal Bruton.

Cal has always been a proud dad: CJ won six NBL titles as a player in 516 games and two Olympics with the Boomers, the national men’s team.

CJ is in his first season as an NBL head coach and he has made a stellar start, though Perth would love to spoil the party and beat the Sixers.

Australian basketball has some great parent-child combinations and the Brutons are right up with the best of them.

Hoops Heaven is The Age and SMH’s weekly basketball column that will feature news, views and insights from basketball writer Roy Ward. 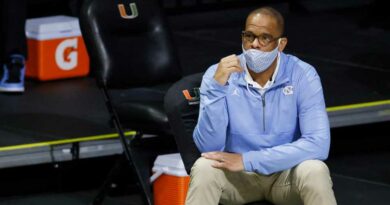 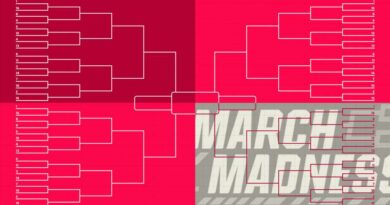