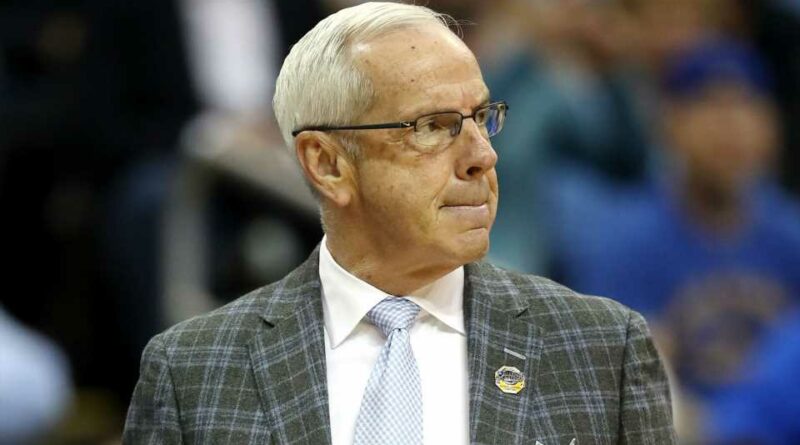 Roy Williams retired Thursday after 33 years as a head coach.

Williams, 70, spent 15 seasons at Kansas before an 18-year stint with North Carolina. He finished with 903 wins, nine Final Four appearances and three national championships. He’s one of the most decorated coaches of all time. This is not an April Fools’ Day joke.

North Carolina’s past three coaches — Williams, Matt Doherty and Bill Guthridge — either played or served as an assistant coach for Dean Smith. Davis checks both boxes. He played for Smith, and he’s served as an assistant for Williams since 2012. Davis also played in the NBA from 1992 to 2004, and he makes for the easiest transition if some of the flashy candidates are not interested in the job. If the Tar Heels were going to do this, however, then why not just make the announcement now?

Miller is another interesting potential successor, and with good reason. He played for Williams at North Carolina from 2004 to 2007, and the Greensboro native has spent his entire coaching career in the state with Elon, High Point and UNC-Greensboro. The Spartans have enjoyed five straight seasons with 20-plus wins, and that includes two NCAA tournament appearances. Miller, 38, is bound to land a major conference coaching job soon enough. This could turn out to be the perfect fit.

Brad Stevens is always the first name that comes up from the NBA ranks — think, Indiana a few weeks ago — but inevitably he always stays with the Boston Celtics. The next name is Donovan, who has spent the past five seasons with the Oklahoma City Thunder. Donovan had more success at the college level with two national championships at Florida, and at 55 year old he is not much older than Williams was when he took the North Carolina job in 2003. Donovan could thrive at North Carolina.

Would North Carolina consider the 68-year-old coach? Beilein’s stint with the Cleveland Cavaliers did not work out, but he has a proven track record of success with Canisius, Richmond, West Virginia and Michigan. The Wolverines went to the Final Four in 2013 and 2018. Beilein can coach in any conference and be successful. SN’s Mike DeCourcy wrote, “There is little doubt he has turned down other opportunities waiting for the right one to re-enter coaching. This would be one he could not decline” when the Texas job opened up. Could this be that job?

Moser’s stock will never be higher, and this would be the time for North Carolina to strike. He’s led Loyola to a Final Four appearance and a Sweet 16, and the Ramblers have four seasons with 20 or more victories. Moser is an Illinois native, however, and his overall coaching record is 239-241. That would stick out for a fan base that expects to contend for national championships every year.

Stackhouse is another recognizable alum who completed his second season as Vanderbilt’s head coach. The past two seasons have produced a 20-37 record and a 6-28 record in SEC play. There is no doubt that Stackhouse would be able to use his NBA experience — he was an assistant coach at Toronto and Memphis — to keep the recruiting pipeline open, but that record might make some Tar Heels nervous about a potential hire.

Smith played at North Carolina from 1983 to 1987 and was a two-time NBA champion with the Houston Rockets. He is most recognized now for his work on “Inside the NBA,” and there is no doubt that is he is still invested in the North Carolina program. Smith knows the game, but he has no coaching experience.

Moton, 46, is one of the best in-state candidates on the list. He played high school and college ball in North Carolina, and he’s enjoyed a steady run of success with North Carolina Central in the MEAC. The Eagles have made four tournament appearances since 2014, and they have a 110-41 record in the MEAC since 2012. It is a big step up, but Moton deserves consideration based on that track record.

Holtmann is another candidate who will come up for openings, and it’s based on his immediate impact at Ohio State. The Buckeyes have won 20-plus games each of the past four seasons, and Holtmann does have in-state experience with his stint at Gardner-Webb. Holtmann is one of the better major-conference candidates worth taking a look at.

Hasse is not a flashy candidate, but he was an assistant for Williams at North Carolina from 2003 to 2012. He took UAB to the NCAA Tournament in 2015, but he has not pushed Stanford to the Big Dance in the past five seasons. Haase is a member of that North Carolina coaching fraternity, but he might not have enough success to land the job. 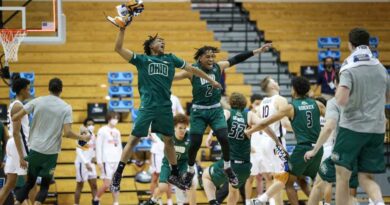 Ohio plays Cinderella for third time with upset of Virginia, and it’s more charming than ever