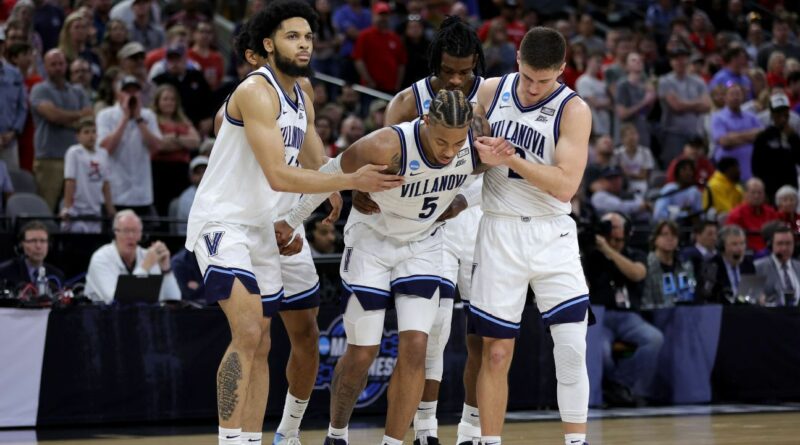 Villanova guard Justin Moore will have an MRI after suffering an apparent injury to his leg late in Saturday’s win over Houston in the Elite Eight, head coach Jay Wright said.

Moore had to be helped off the court after he was injured inside the final minute of Saturday’s game. He did not take part in post-game celebrations, leaving for the locker room on crutches during the trophy ceremony.

“We’re going to get an MRI when we get back. But it’s probably not good,” Wright said.

Moore, a junior, had eight points and two rebounds in 37 minutes against the Cougars. He is averaging 15.0 points, 4.9 rebounds and 2.3 assists this season.

Cassius Winston, Tom Izzo show Spartans still have what it takes against Michigan