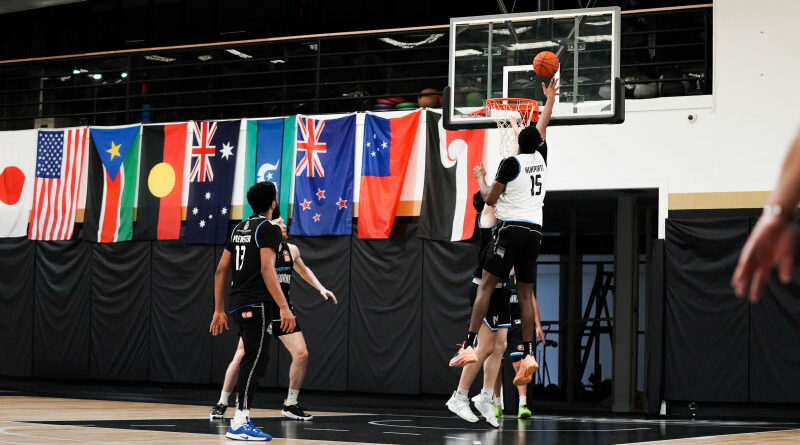 There are moments at Melbourne United training where Ariel Hukporti receives a taste of the NBA life he dreams of.

Those moments are when new teammate and NBA championship winner Matthew Dellavedova throws the 213-centimetre German national an alley-oop pass to slam dunk. 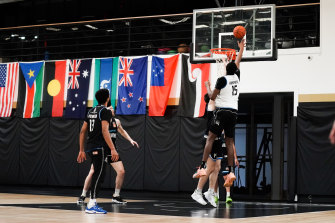 Wind back a few years and Dellavedova was lobbing those same passes to LeBron James in the NBA Finals and if Hukporti plays the way he hopes to this NBL season, he will join James in the US league.

“He throws the alley-opp a lot, and they are perfect height,” Hukporti told The Age and Sydney Morning Herald.

The 19-year-old centre is part of a new wave of foreign players using a season or two in the NBL as a stepping stone to the NBA.

Less than a decade ago, many agents and players saw the NBL as being off the NBA map and somewhere unproven players could audition for bigger contracts in Europe and, from there, maybe make the NBA.

Since then, NBL clubs and league owner Larry Kestelman have obliterated those perceptions chiefly with an inspired program for young players called Next Stars, which has led to the likes of NBA first-round picks LaMelo Ball, Josh Giddey and RJ Hampton earn NBA riches after a season in Australia.

Next Stars filled a void in the market as US teens, who didn’t want to play as amateurs in college basketball, struggled to find professional, reliable places to prepare for the NBA.

“It’s becoming a really attractive place for young prospects to come and play wherever they are from in the world.”

Ball was seen as a troubled, selfish talent after his father took him out of the US to play in Lithuania but his stellar play in the NBL and his professional efforts at training and off the court saw him rise to be a top-three pick, and he is now starring with Michael Jordan’s Charlotte Hornets.

Giddey chose to play for the Adelaide 36ers last year and he did so well the Oklahoma City Thunder picked him with the sixth pick in this year’s draft. The 19-year-old Victorian has wowed observers early this season with his heady passing and mature play.

“It’s becoming a really attractive place for young prospects to come and play wherever they are from in the world,” Dellavedova said.

“It’s a tough, competitive league, and you will get great medical, physio care, strength and conditioning work while in a team-first culture.

“Ariel is a great kid, he’s a happy guy and his physical tools are impressive – he is already pretty good, and he has a lot of potential, so we want to help him reach his ceiling.”

Extra NBA scouting attention has had a spin-off for the rest of the league, with a number NBL stars earning NBA call-ups such as Jae’Sean Tate, Jock Landale, Mitch Creek, Will Magnay and Cam Oliver.

Next Stars made such an impression that the NBA set up its own program in the second-tier G-League, with its NBA Ignite team now signing US teens who want to turn professional and some foreign players including Bendigo’s Dyson Daniels, who this season chose Ignite over a Next Stars offer.

A few years ago the Sydney Kings used their Next Stars spot to sign Brazilian guard Did Louzada, who had already been drafted by New Orleans Pelicans but needed somewhere he could learn English and refine his game.

Two seasons of work saw Louzada graduate to the NBA last season so while Ignite has, for now, diverted US teens from the NBL, the league has turned its attention to Europe.

This is how Hukporti made his way to Melbourne United, French guard Ousmane Dieng to New Zealand Breakers, Philippines big man Kai Sotto to Adelaide, Spanish/French guard Tom Digbeu to Brisbane and Russian shooter Nikita Mikhailovskii to the Tasmania JackJumpers.

Australians Mojave King (Adelaide) and Makur Maker (Sydney Kings) are also on Next Stars deals this season, while New Zealand has also signed young French player Hugo Besson as an import when he could also qualify as a Next Star.

Hukporti confidently speaks English with a heavy US accent thanks to his love of popular music and coaching from US nationals, such as respected mentor David Gale, but others will be intensely learning the local language.

“When you are 15 or 16 playing [in Germany] with the pros, you have to learn English. I just learned it from them,” Hukporti said.

“I have a couple of problems with your [Australian] accents [but I’m otherwise fine].”

What Hukporti needs is time on the court against elite professionals as his powerful frame, athleticism and handy shooting touch already have teams interested.

Last year he played in Lithuania and while Australia is a long way from home, he loved the idea of challenging himself here.

“I saw a lot of people going from Australia to the NBA,” Hukporti said.

“My goal is to be better, it doesn’t matter where it is.

“I heard about Next Stars and I said, ’Why not?

Hukporti wants to earn meaningful minutes for United and help them to consecutive championships, then he will turn his attention to the draft.

“First of all I want to win the championship with the team and get better individually, so I can help the team get what they deserve,” Hukporti said.