Home » Basketball » Remembering John Chaney: Outburst just a chapter in the story of a coaching great 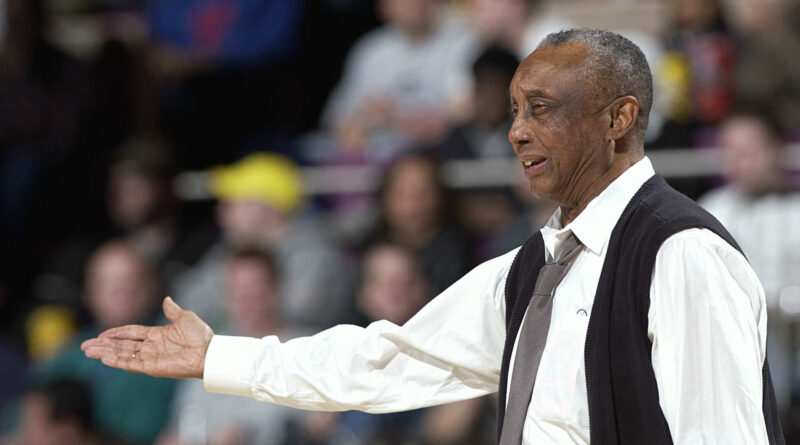 His career as a college basketball coach led him, eventually, probably several years too late but certainly in time for him to appreciate the experience, to the Naismith Memorial Basketball Hall of Fame. That’s as good as it gets in John Chaney’s business, and that honor was attached to him for exactly two decades of his life and for eternity beyond.

He had spent a decade playing minor league basketball because jobs were not plentiful for African-American men in the NBA in the mid-1950s. It took him two decades of dominance in high school coaching and D-II before he got his chance at college basketball’s big time at age 50, because that’s how it was for a Black coach in that period. But he made the people who hired him appear brilliant.

So many, though, remember Chaney for a single video clip.

It was all over the internet immediately after news broke Friday afternoon that Chaney had died just eight days after his 89th birthday. The moment is part of his legacy, for better and for worse.

It was in February 1994 that Chaney interrupted John Calipari’s press conference — after Calipari’s Massachusetts team beat Chaney’s Owls by a single point — and shouted, “I’ll kill you! You remember that. When I see you, I’m going to kick your ass!” More than one disingenuous reporter would term that a threat to kill Calipari. Even if recounted accurately, though, as a warning Chaney would fight Calipari and expect to win, it was not the sort of conduct one would demand from a college coach.

This was not Chaney’s first transgression. A decade earlier, he’d gotten into an altercation with George Washington coach Gerry Gimelstob in which witnesses described Chaney as grabbing Gimelstob by the throat. Two decades after that, he was angered at a lack of foul calls against Philadelphia rival Saint Joseph’s and admittedly ordered one of his players to enter the game and begin committing “hard” fouls. One SJU player wound up with a broken arm.

What kind of coach can have these three episodes on his resume and still be revered for his humanity and dignity? Only the best, and Chaney certainly was that. It wasn’t merely his ability to identify overlooked talent or gift for convincing elite prospects with plenty of options and no Philly roots — Mark Macon of Michigan, Mark Karcher of Baltimore, Rick Brunson of Massachusetts— to choose a university with a no-frills city campus. It was more than his knack for getting players to outperform opponents with bigger names and grander budgets.

Temple University’s official Twitter account declared, upon his passing, “The greatness and wisdom of John Chaney extends far beyond the basketball court. For generations of Owls, he was a wise counselor, a dedicated teacher and a passionate leader.”

He was revered by his players and those who worked with him. On Chaney’s birthday, Temple sports information director Larry Dougherty posted on Facebook, “Happy 89th birthday to one of the greatest men I have ever met.” Mike Vreeswyk, the sweet-shooting small forward on Chaney’s greatest team, the 1988 Owls, posted the same day, “Almost everything I have I owe to him.” Mark Whicker, who wrote a column for the Philadelphia Daily News before relocating to California in 1987, called him the “best man I ever met in basketball and maybe anywhere else.”

Although their rivalry sizzled in the 1990s and reached its zenith (or nadir, depending on one’s perspective) on that Sunday afternoon in Philly, Chaney and Calipari became friends afterward, often happily mocking their curious origin story. Calipari coached only two more seasons in the Atlantic 10 before trying his luck in the NBA. When that didn’t work out and Calipari returned to college coaching at Memphis, Chaney agreed to visit for his opening game as Tigers coach.

“Coach Chaney and I fought every game we competed — as everyone knows, sometimes literally — but in the end he was my friend,” Calipari posted on Twitter. “Throughout my career, we would talk about basketball and life. I will miss those talks and I will my friend.”

So maybe it’s OK to remember John Chaney for that one moment, as long as one understands what it was, why it happened, how the men involved handled it and how it did not begin to capture the breadth of Chaney’s achievements and character.

“I have tried to put a thought together about John Chaney, but it is proving to be impossible,” his longtime rival at Saint Joe’s, Phil Martelli, wrote on Twitter. “All the clichés could never give him his due: Hall of Fame, never to be duplicated, once in a lifetime, unique character.”

Basketball: Nuggets beat Jazz in overtime despite 57 from Mitchell