When it comes to basketball, the SEC has been much ado about nothing in recent years.

Aside from perennial powers Kentucky and Florida, the SEC hasn’t been able to find a solid footing on the basketball front over the past decade. However, last season may have been a turning point.

The conference sent eight teams to the NCAA Tournament, with Kentucky and Texas A&M making it to the Sweet Sixteen. The talent pool in the conference has never been better, producing five first-round picks in the 2018 NBA Draft, including four lottery picks.

With Kentucky boasting its usual haul of freshmen wunderkind (five recruits in the top 40, per 247Sports’ Composite rankings) and Florida welcoming a five-star recruit of its own in Andrew Nembhard, the SEC — which boasts five teams in Sporting News’ preseason top 25 — should be competitive as ever in 2018-19.

Sporting News breaks down the SEC with predictions, a sleeper team, an X-factor, Player of the Year hopefuls, a coach on the hot seat and the biggest regular-season games.

What makes this Kentucky team different than in years past? One name: Reid Travis.

Travis, a grad transfer from Stanford, brings invaluable leadership and experience to a young Wildcats team. Travis averaged 19.5 points and 8.7 rebounds per game for the Cardinal last season, each third best in the Pac-12 in their respective categories. A two-time second team All-Pac-12 selection, Travis’s decision to transfer to Kentucky has the Wildcats in great position in the SEC.

Along with the bevy of freshmen wunderkind John Calipari brought to Lexington this summer, Kentucky looks like the favorite to add another piece of hardware to its collection.

As is the case every year since Calipari’s arrival at Kentucky, freshmen are the lifeblood of the Wildcats’ program. When things work out, Calipari’s teams can be national title contenders. And in cases where things don’t work out, the Wildcats wind up losing to Robert Morris in the first round of the NIT (albeit, that was just one time).

Will Wade has only been at LSU for one season, but he has already made his mark on the Tigers’ roster. Wade’s recruiting prowess was on full display last year as he picked up four top-100 commits — per 247Sports’ Composite rankings — including two five-star players in Nazreon Reid and Emmitt Williams.

The return of leading scorer Tremont Waters (15.9 points per game in 2017-18) bodes well for the Tigers. Waters, coupled with the influx of freshmen talent, have the Tigers in position to shake up the SEC this season.

Florida at Auburn, Feb. 5 — The Tigers can set the tone early in conference play with a win over the Gators and help position themselves nicely for a run at the SEC title.

Kentucky at Mississippi State, Feb. 9 — The only scheduled meeting between these two teams and a pivotal game in the race for the SEC regular-season crown. The home-court advantage, plus Mississippi State’s veteran-laden roster, should have the Bulldogs as the early favorite to win this game.

LSU at Kentucky, Feb. 12 — LSU has loads of talent and a lot to prove. A win in Lexington against John Calipari can help establish LSU as a force to be reckoned in the SEC.

Mississippi State at Tennessee, March 5 — Both teams should be contenders in the SEC and this lone, regular-season matchup between the two is the penultimate game for both teams.

Florida at Kentucky, Mar. 9: — Florida and Kentucky have combined for 14 SEC regular-season titles since 2000. The final game of the regular season for both teams could factor in the conference title race.

SEC Player of the Year hopefuls:

Tremont Waters, G, LSU: Waters led the Tigers in scoring his freshman year and was named to the SEC All-Freshman team. The sophomore is poised to have an even better season this year.

Grant Williams, F, Tennessee: Williams returns for his junior season after leading the Volunteers in scoring last season with 15.2 points per game. He was also first-team All-SEC selection to boot.

Quinndary Weatherspoon, G, Mississippi State: Weatherspoon will be a senior on a talented Bulldogs squad this year. The second-team All-SEC selection from a season ago gives reason to believe Weatherspoon can perform even better this year.

Reid Travis, F, Kentucky: While Kentucky has loads of uber-talented freshmen on its roster, it’s Travis who deserves just as much attention. The grad transfer from Stanford averaged 17.4 and 19.5 points per game over the last two seasons and there’s no reason that shouldn’t continue in his final collegiate season.

DECOURCY: Reid Travis gives Kentucky something it hasn’t had before

Coach with something to prove: Ben Howland, Mississippi State

Howland’s track record speaks for itself: 10 NCAA Tournament appearances including three consecutive Final Four appearances from 2006-08 while he was at UCLA. It’s obvious he knows how to not only get teams to the tournament, but win as well.

While Mississippi State doesn’t have the pedigree UCLA does, Howland’s done a terrific job nonetheless. The Bulldogs’ win total has improved each season under his tenure and heading into the 2018-19 season, expectations are high in Starkville. 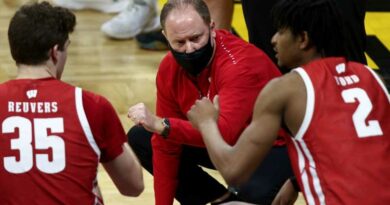 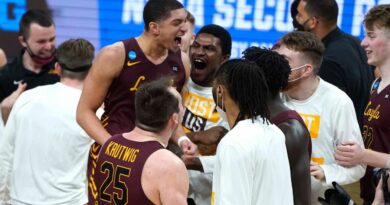 ‘We’re not done yet’: Loyola Chicago happy to stay in NCAA bubble

‘The refs swallowed their whistle’: Australian heartbreak in 3×3 basketball