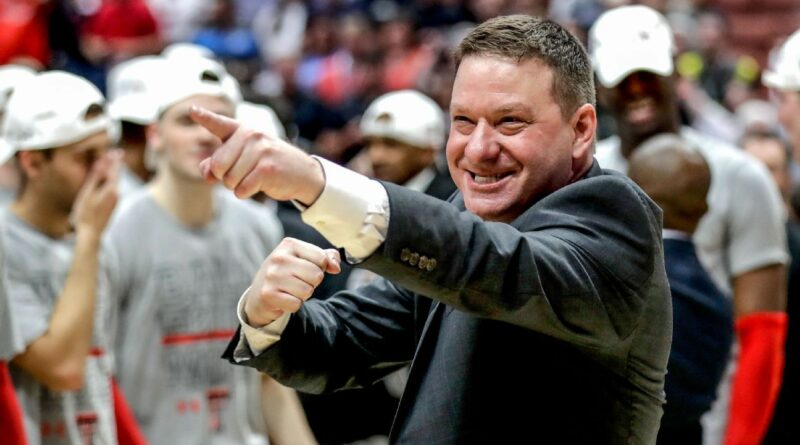 Beard’s buyout to go to another Big 12 school dropped to $4 million on Thursday morning, sources told ESPN, and the two sides moved quickly to come to an agreement.

Beard has established himself as one of the best coaches in the country during his five seasons at Texas Tech, leading the Red Raiders to a national title game appearance in 2019 and an Elite Eight in 2018. They finished 18-11 overall this season, 9-8 in the Big 12, before losing to Arkansas in the second round of the NCAA tournament.

While Beard was making nearly $5 million per year at Texas Tech, going to Texas offered him a chance at one of the best jobs in the country — and one where he had a personal connection. Beard went to Texas and started his coaching career as a student assistant under Tom Penders with the Longhorns.

Before taking over at Texas Tech in 2016, Beard spent one season as the head coach at Arkansas Little Rock, leading the Trojans to 30 wins, an NCAA tournament appearance and a first-round upset win over Purdue.

Beard has taken one of the more circuitous routes to the top of the college basketball pyramid, spending time as an assistant coach at Abilene Christian and North Texas before going to Fort Scott Community College and Seminole State Junior College. After a decade as an assistant coach at Texas Tech under Bob Knight and Pat Knight, Beard coached the South Carolina Warriors of the American Basketball Association and then spent one season at McMurry University and two seasons at Angelo State.