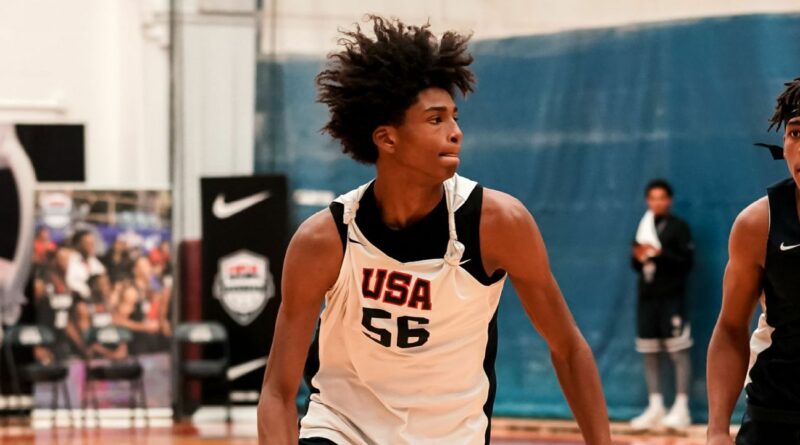 AJ Johnson, the top available prospect in high school basketball, has committed to Texas, he told ESPN on Monday.

Johnson, ESPN’s No. 25-ranked player in the 2023 high school class, was the lone top-40 prospect to announce where he’ll be playing next season besides Bronny James, who ranks No. 34.

“I chose the college route because I want to win a national title before reaching the next level,” Johnson said. “The exposure I’ll receive playing on TV all the time will help my overall brand.”

A late-bloomer who only entered the conversation as a five-star prospect this past summer after a strong showing on the Adidas grassroots circuit, Johnson took advantage of his first invite to a USA Basketball camp in October to make a claim for consideration as the best long-term 2023 class member prospect in attendance.

“During the pandemic I grew around 5-6 inches,” Johnson said. “I worked on my body and my athleticism kicked in. I kept working on my game and god looked out with the growth spurt.”

At 6-foot-6, Johnson has excellent size for a guard, showing outstanding fluidity playing off smooth hesitation moves with long strides and demonstrating creativity as a finisher. He attacks the basket with his head up looking to find teammates off a live dribble, and shows promise as an outside shooter off the dribble and with his feet set, giving him a good framework to build off as a big guard who can handle, pass, shoot, and excels in the open court. He’s yet to turn 18, making him one of the younger prospects in his class.

Johnson started the season at Donda Academy, but elected to depart for nearby SoCal Academy after anti-Semitic statements made by Donda’s founder, the artist formerly known as Kanye West, caused the school to be disinvited from several prominent high school tournaments.

“Donda was cool,” Johnson said. “I was upset I had to leave, but I understood why. We all built a bond there and felt like we didn’t go there for Kanye, but to actually play basketball. Going through all that was crazy, it was a once in a lifetime experience for sure.”

With projected top-10 draft pick freshman Dillon Mitchell likely off to the NBA, and six seniors in their rotation, four of whom are out of eligibility at the conclusion of this season, the Longhorns still have work to do in filling out their roster for next year, the bulk of which is expected to occur in the NCAA transfer portal.

Texas is off to a strong start at 3-0, including a 93-74 shellacking of then-No. 2 ranked Gonzaga last week. Newly-instated assistant coach Bob Donewald has revamped the Longhorns offense, adjusting Chris Beard’s traditional motion offense in favor of a more modern wide-open drive and kick attack, playing at the fastest tempo of Beard’s career thus far, including the highest rate ever of 3-pointers attempted. The Longhorns currently rank 77th in average possession length, per KenPom, after ranking 278th and 268th in Beard’s two previous seasons at Texas and Texas Tech, while still grinding opponents to a halt and possessing the No. 1 defense in the country.

Johnson says that played a significant role in his decision.

“The revamped Texas style was everything,” Johnson said. “Coach Beard and Coach Terry’s whole pitch to me was playing up-tempo and fast and letting their guards rock. Them losing 2-3 guards next year also was huge so I can come in and play and make an impact right away.”

Jonathan Givony is an NBA Draft expert and the founder and co-owner of DraftExpress.com, a private scouting and analytics service utilized by NBA, NCAA and International teams. 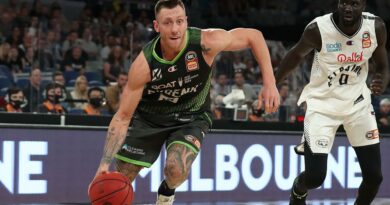