Home » The loss Melbourne United had to have 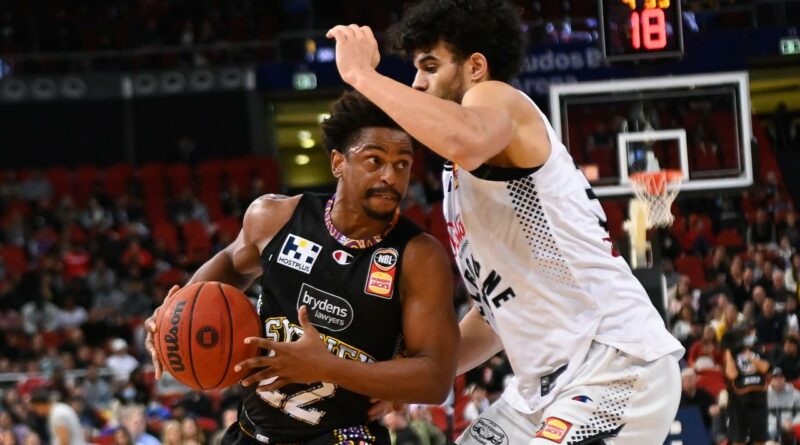 With just three games remaining in their regular season, Melbourne United star Jock Landale believes the team’s double overtime loss could be just what it needs on the eve of a championship run.

“There have been times this season where maybe we’ve felt a bit good about ourselves and this kind of pulls us back down to earth,” Landale said.

“Any time we have a bad loss we seem to come out firing in the next game and hopefully we carry that into the finals.

“We never want to lose a game and I think that’s where our head is always at but for us to lose a tough game, double overtime, going into finals I think it will steer us in the right direction.”

One of the three remaining games will come against the Perth Wildcats with top spot on the NBL ladder still up for grabs after United missed a golden opportunity to create separation from their biggest rival in the title race.

“There are a lot of things to learn from right now and heading into finals that’s where our head needs to be. We’ve got three games left this season and we’re one game up on Perth and we need to secure that top spot,” Landale said.

“It’s time to move on, some of us felt sorry for ourselves for two seconds in the locker room but Dean and Chris picked us up and said we need to move onto the next one.”

The win was the short in the arm Sydney’s finals charge needed. (Photo by Jaimi Joy/Getty Images)Source:Getty Images

Complicating matters over the final week of the regular season is the Covid situation in Victoria, with Monday night’s home game against the Cairns Taipans now being held in Sydney. The game will present a new challenge for Dean Vicerman’s squad, with no fans in attendance.

“We haven’t spoken about it yet,” Vickerman responded when asked about generating atmosphere in an empty arena.

“On game day, on shootaround I think we’ll start to talk about what it’s going to be like. I’ll talk to a couple of other people that have been through it and what you need to generate.”

Frustrated with his team’s inability to put the game against Sydney away in the first half, Vickerman’s focus will quickly move to the final week of regular season play.

“We’ve got to make sure that we’re really healthy, we’ve got to play the right type of basketball leading into the playoffs,” he said.