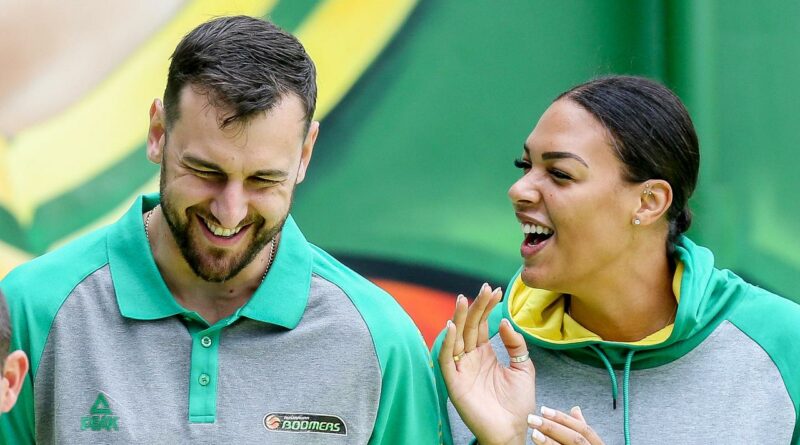 The captivating rivalry between Liz Cambage and Andrew Bogut is not all it seems.

The two basketball giants have exchanged barbs regularly over the years, including earlier this month when Cambage made headlines when she took issue with two promotional pictures showing predominantly white Australian Olympic athletes, including one published by underwear company Jockey.

Bogut suggested there was an ulterior motive behind Cambage’s Olympic boycott threat — referencing her link to Bonds.

He implied the 29-year-old Opals star may have been motivated to criticise the snap by factors other than racial equality.

An amusing back-and-forth between Bogut and Cambage broke out soon after.

Could you please not use all yellow emojis and use a more diverse range of emojis next time.

But speaking at an event promoting the NBA’s global partnership with Hennessy in Bondi, Bogut conceded the gibes were all for show.

“We were texting back and forth all week leading up to that,” Bogut told news.com.au on Thursday morning.

“We’ve been texting and laughing about it … it’s been great.”

Cambage’s threat received a mixed response in Australia. Some applauded her for taking a stand while others, including former tennis star Todd Woodbridge, accused her of “disrespecting” fellow athletes.

She ultimately backtracked in an Instagram post last week, declaring she was “in” for the Tokyo Games.

Bogut: Jokic should be crowned MVP

With the NBA Playoffs fast approaching, speculation inevitably shifts towards who should be crowned MVP.

“I have Jokic as my MVP,” Bogut said.

“I think Jokic’s season has gone somewhat underappreciated to an extent. He’s not a flashy, athletic, throwing down dunks kind of guy, and I think people kind of fell asleep on him a little bit.

“His numbers have just been too good to pass up.”

Bogut won an NBA championship with the Golden State Warriors in 2015, and his former teammates got their post-season underway on Thursday with a play-in game against the Los Angeles Lakers.

Giddey will be a top-10 Draft pick

Earlier this week, Adelaide 36ers guard Josh Giddey was released for the remainder of the NBL season to prepare for July’s NBA draft.

The 18-year-old is considered one of the strongest international prospects in the draft, with many observers predicting he could go inside the first 15 picks.

But according to Bogut, basketball fans should not be surprised if Giddey’s name is called out within the top 10.

“He’s the next guy that’s going to lead our flag, lead the country,” Bogut said.

“We’re really excited to see where he goes — I think he goes top 10 from everyone I’ve spoken to.

“He plays ahead of his age, he plays a lot older than his age.

The NBA draft will be held in Brooklyn on Thursday July 29, although it remains unclear if Giddey will attend, as he could be selected for the Boomers for this year’s Tokyo Olympics, which start just days before the draft.

Hennessey recently signed on as a global partner of the NBA, marking the tournament’s first spirit agreement. 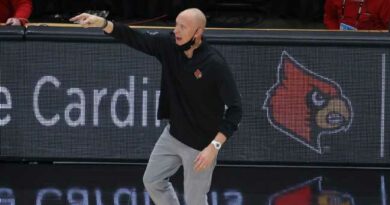 LeBron dominant as Lakers down Nets