Home » Basketball » ‘We could still go 3-25’: Phoenix stay grounded ahead of Kings clash

South East Melbourne Phoenix are refusing to get ahead of themselves despite an undefeated start to the season.

The undefeated Phoenix will look to go 4-0 to start the season with a win over the Sydney Kings at Qudos Bank Arena but star forward Mitch Creek, whose dunk over Matthew Dellavedova last round has earned more than 10 million views on social media, said his side wouldn’t drop its guard. 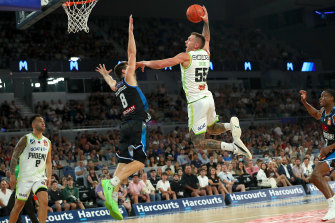 Mitch Creek throws down a dunk against Melbourne United.Credit:Getty Images

“Just because we are 3-0 doesn’t mean anything,” Creek said on Thursday.

“There are still 25 games to go and we could end up 3-25 but obviously that’s not what we are hoping for.

“All the chanting and roaring and distractions on social media, the guys don’t buy into it a lot as it was cool for an hour and after that it got annoying.

“You hear from people you haven’t heard from for 10 years plus and people want to be your friend again but we all know what we are here for, we know our job, our roles and we are playing them perfectly at the moment.”

The Phoenix will be almost at full strength with only import forward Devin Thomas still to play this season after illness and then being forced to quarantine but he trained this week and is rebuilding his fitness.

The Kings will be without NBA point guard Jaylen Adams who is out all round due to an ankle injury while import shooter RJ Hunter will be a game-time fitness test after hurting his knee and young guard DJ Vasiljevic returns from a serious Achilles injury.

“They have been difficult to assess because they haven’t had a consistent line-up,” Phoenix coach Simon Mitchell said.

“Dejan coming back in this another new face for Sydney. They are trying to push the pace but that’s fine, we are pretty comfortable with that style.”

Both sides have had their losses and their injury concerns but this should be a torrid test as the Kings look to press the pace via their young, athletic side while United looks to control the game through Matthew Dellavedova and Chris Goulding.

The Hawks are arguably the best defence in the NBL and Duop Reath is the form big man in this league as well. NZ is struggling but look so dangerous when young guards Will McDowell-White and Hugo Besson are firing away or attacking the hoop.

The Bullets stunned the Wildcats winning in double overtime in Perth last Sunday and they will be back for another win on Friday with Lamar Patterson in form and Robert Franks showing promise at power forward. Watch out for Vic Law and Bryce Cotton, they will be fired up following the loss.

This should be a cracker as the Kings look to end the Phoenix’s undefeated start to the season. Sydney has some injury question marks while Jarell Martin will have his work cut out for him trying to reduce the impact of Phoenix centre Zhou Qi who been a match-winner so far.

The Taipans are missing Scott Machado but showed a lot of heart to beat Tasmania last weekend. Mitch McCarron and Dusty Hannahs will look to propel their young side to a road win while Daniel Johnson and Isaac Humphries will need to win the big man battle as well.

Melbourne United will look to backup from Thursday’s clash to end the round with a win over the Breakers. Jack White is listed to return from a serious Achilles injury for United while the Breakers are slowly getting back all their players after being hit by COVID-19.

The Bullets head home from WA and run straight into Brian Goorjian’s Hawks who know they need to beat sides like the Bullets if they want to finish in the top-two this season.

The Wildcats and JackJumpers know each other well with former Wildcats assistant coach Scott Roth in charge in Tassie and the likes of Clint Steindl, Will Magnay and Jarrod Bairstow following him to the Apple Isle. Should be a big ask for them to win this one.

The Kings and JackJumpers will end a long round with a clash in Sydney. Keeping JackJumpers guards Josh Adams and Josh Magette quiet will be essential for the Kings, otherwise an upset is possible. 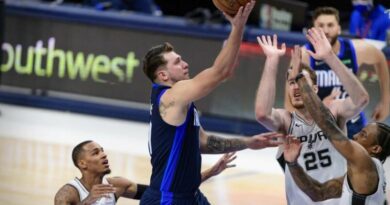