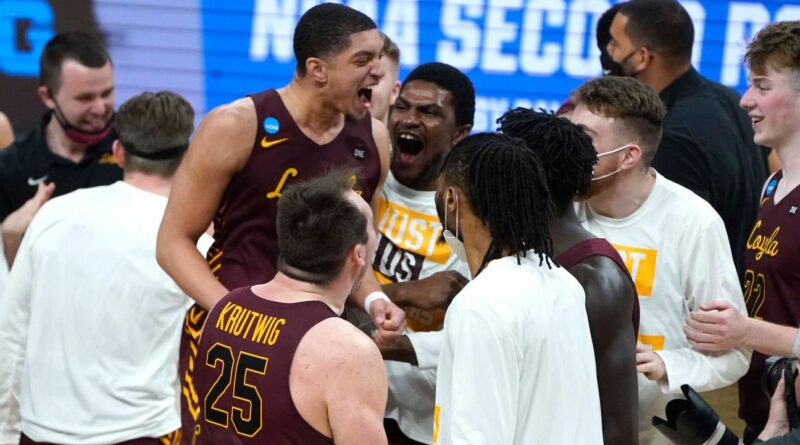 Loyola is back in the Sweet 16 of the 2021 NCAA tournament, three years after its magical Final Four run, and doesn’t have another game for at least four days. Celebration time, right? Not in the NCAA bubble.

After leaving Bankers Life Fieldhouse, Williamson and his teammates spent the rest of Sunday in their downtown hotel, which they haven’t left other than for practices or games, since arriving in Indianapolis.

“Every time you leave your hotel room, you’ve got to have a mask,” Williamson told ESPN on Sunday. “You’ve got to have your credentials on because if you don’t, then you’re not part of this bubble.”

Williamson and his teammates desperately want to remain in the bubble, ideally for another two weeks, as they seek another Final Four appearance, and potentially more.

“We could go out and party, but at the end of the day, we’re not done yet,” Williamson said. “We’re looking forward to our Sweet 16 matchup. We know we’re not done yet, and we’re just getting started. If we’re serious about our goals and dreams and aspirations, this is the sacrifice that you have to make.”

Williamson’s bubble celebration Sunday involved his phone, as he hadn’t even started responding to messages. He still felt the impact of Loyola’s 71-58 win, saying, “It’s crazy, it’s insane. We were trending on Twitter, ESPN SportsCenter, you name it.”

After the game, Loyola coach Porter Moser encouraged his players to remain on the court, where they danced and stood behind Moser and center Cameron Krutwig for their CBS interviews. Moser saw players exit the court quickly after the first-round win against Georgia Tech, and wanted Sunday to be different.

“I wanted them to stay out and enjoy it because that etches in your memory, that moment right there,” Moser said, “feeling all the work you’ve put in, all the effort you do to stay together, sacrifices you make, especially this year.”

Moser and Loyola’s senior leaders, Williamson and Krutwig, bring perspective as participants in the first Final Four push. There was no COVID-19 then, and wins could be celebrated with family, friends and fans.

But the drive to get back to the sport’s biggest stage hasn’t changed, even during a strange tournament in a strange time.

“I was a part of the run my freshman year,” Williamson said. “I kept trying to tell guys, ‘Don’t fall into the trap because this feels nice and this might be the best feeling that we’ve all felt in a long while. But I promise you it gets better.’ I said, ‘Guys, I’ll never lie to you. It gets better.’ And then they’re like, ‘I bet you it does.’

“We’re going to make that sacrifice.” 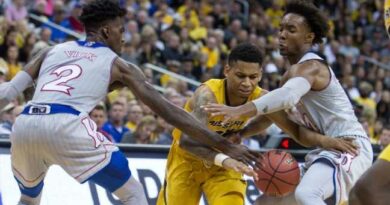 Debunking NCAA tournament myths, and why the committee doesn’t really care about you playing your rival 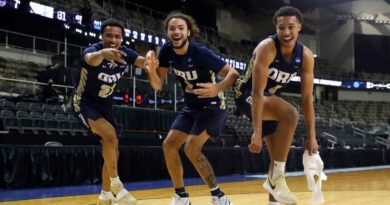 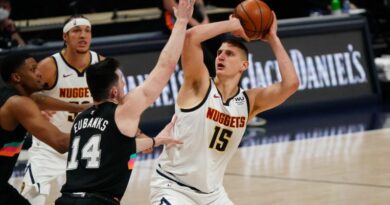