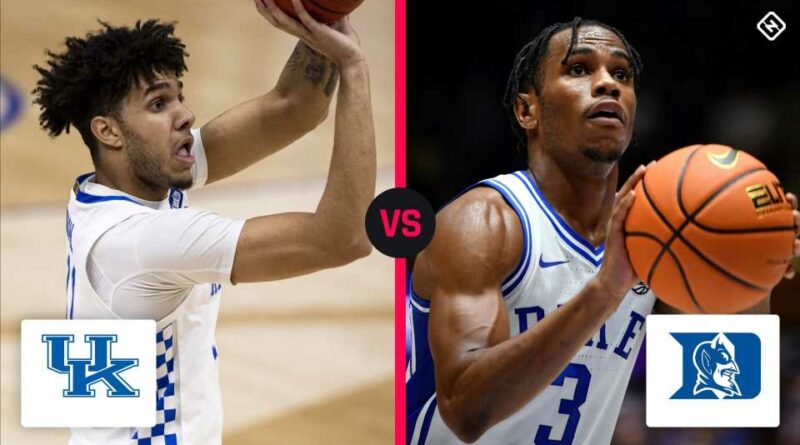 The second game featured in the 2021 Champions Classic is between two of the big blue schools, No. 9 Duke vs. No. 10 Kentucky.

Although both of these teams typically do well each college basketball season, last year they both did not make the NCAA March Madness tournament. It was the first time since 1995 that Duke didn’t make the tournament.

This year, Duke will be under a spotlight because it’s coach Mike Krzyzewski’s final season as a head coach. Coach K is the winningest coach in college basketball history with a 1,170-361 record in 46 years as a coach, and a 1,097-302 record in 41 years as Duke’s head coach. He has won five national championships and has 12 Final Four appearances, which is tied for the most in NCAA history.

In its 10th year, the Champions Classic has happened every year on opening night of college basketball, with Kansas, Michigan State, Duke and Kentucky rotating who they play. Duke vs. Kentucky will follow on Tuesday after the Kansas vs. Michigan State game. The event is held in New York City at Madison Square Garden.

The Blue Devils open as slight favors over the Wildcats.

Below is all the info you need to watch Duke vs. Kentucky on Tuesday, including tip-off time, TV channel and both teams’ upcoming schedule.

What channel is Duke vs. Kentucky on tonight?

Duke vs. Kentucky will be shown on ESPN as the second game of the Champions Classic.

Dan Shulman and Jay Bilas will broadcast from the booth, while Holly Rowe will report from the sidelines. Dick Vitale will miss his first Champions Classic due to his chemotherapy treatment.

Additionally, ESPN’s streaming service ESPN+ will show the game, along with fuboTV, which offers a seven-day free trial.

The first game of the Champions Classic doubleheader will tipoff at 7:00 p.m. ET. Following the Kansas vs. Michigan State game, Duke vs. Kentucky will tipoff at 9:30 p.m. ET.

Here are Duke’s next five games.

Here are Duke’s next five games.