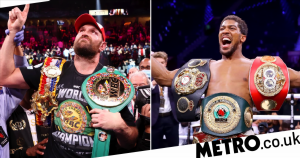 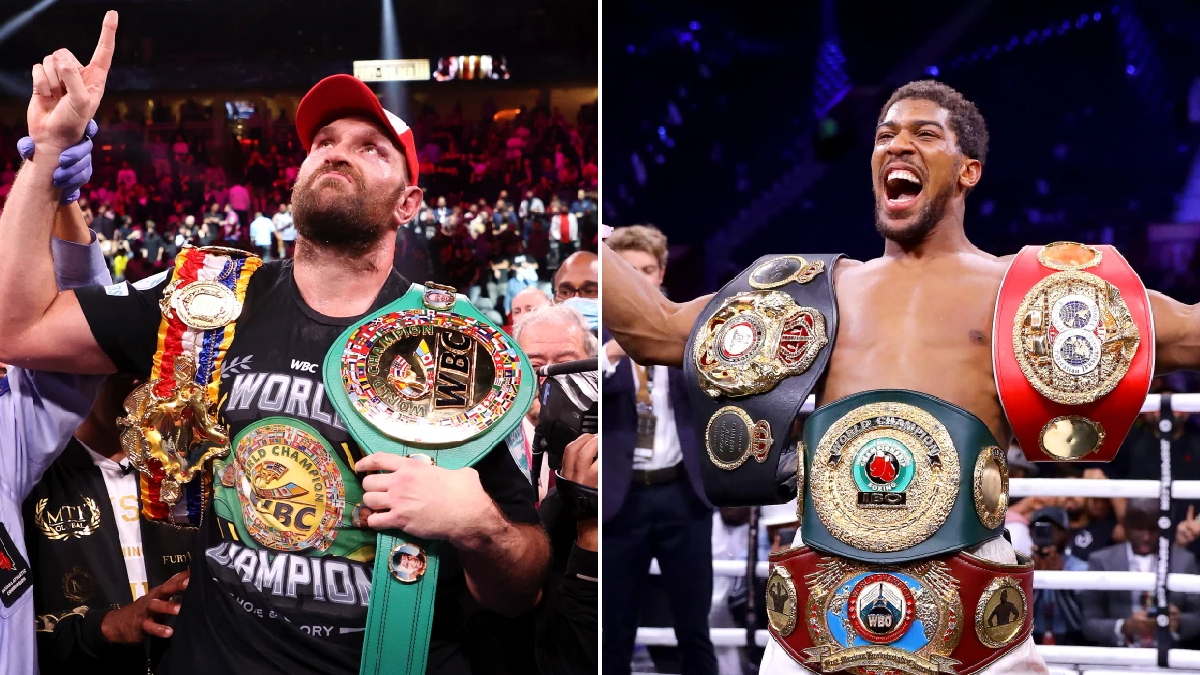 Boxing delivered on some spectacular moments in 2021.

Saul ‘Canelo’ Alvarez and Josh Taylor wrote their names into history by unifying their divisions, Tyson Fury and Deontay Wilder shared a battle for the ages while shock losses for Josh Warrington and Teofimo Lopez proved nothing can be taken for granted in the sport.

But what does the new year have in store? Metro.co.uk considers the 10 fights that need to happen in 2022.

Conor Benn capped a spectacular rise in 2021 with an emphatic sixth round knockout win over Chris Algieri in December. It was another test he passed with flying colours after his similarly destructive win over Samuel Vargas in April before outpointing another experienced operator in Adrian Granados in August.

Broner represents a compelling next challenge for the Ilford fighter. The man once tipped to be the future of the welterweight division has endured a turbulent time in recent years and has fought just once since his defeat to Manny Pacquiao in January 2019.

But at 32, there is still life in the flashy American and he represents the calibre of opponent that could propel Benn into the world title conversation by the end of the year.

After 18 months of personal tragedy outside of the ring and a major setback in it, Anthony Yarde repositioned himself in the light-heavyweight world title picture with his vicious revenge victory over Lyndon Arthur in December.

Ranked no1 with the WBO, the Hackney fighter is likely to face the winner of Joe Smith Jr vs Callum Johnson, who meet in January.

Croydon’s own Joshua Buatsi is on a similar trajectory with world title gold within his grasp in 2022, underlining his credentials with a ferocious win over Ricards Bolotniks in the summer. He and Yarde have stated over the years their mouth-watering all-London showdown doesn’t make sense until both are world champions. 2022 could be the time.

At the start of the year, the red-hot lightweight division was littered with huge fights involving the new ‘four kings’ – Devin Haney, Teofimo Lopez, Gervonta Davis and Ryan Garcia. So far, all four have been kept away from either other. That must change in 2022.

A meeting between Davis and Garcia could make for the most compelling scenario. Following his sublime with over Luke Campbell in January, Garcia took time away from the ring following struggles with his mental health before suffering a wrist injury in the second half of the year.

Davis meanwhile moved up to super-lightweight to destroy Mario Barrios in the summer before he was given a tougher test back at 135lbs against Isaac Cruz last month.

Garcia vs Davis represents a huge matchup in one of boxing’s most talent-laden divisions and will go some way in establishing who is the future king.

George Kambosos’ stunning win over Teofimo Lopez ensures he is the current ruler at lightweight, however. The Australian captured the IBF, WBO and WBA titles after shocking the boxing world in New York in November and is now the division’s most wanted man.

Just weeks after that upset, Vasiliy Lomachenko provided a telling reminder of his brilliance with a resounding victory over Richard Commey – a fight which saw the Ukrainian urge his opponent’s corner to throw in the towel such was the severity of the beatdown he was dishing out.

The three-weight world champion looked unbeatable before his shock defeat to Lopez last year. On recent evidence, he is ready to reclaim the throne.

Undisputed super-lightweight champion Josh Taylor will defend his belts in a homecoming bout against Josh Catterall in Glasgow in March.

The Scot has toyed with the idea of moving up to the welterweight division in 2022, possibly setting up a blockbuster clash with Terence Crawford. But in the background, a bitter rivalry with Lopez has been simmering.

Following the defeat to Kambosos, Lopez’s father and trainer Teofimo Snr insisted a move up to Taylor’s division at 140lbs awaits this year. The challenge may be keeping Taylor in a division he has already cleaned up in just 18 fights, with no real challenges left should he come out on top against mandatory challenger Catterall.

Lopez will likely take a warm-up fight at super-lightweight before pursuing a title in the division later in the year. If Taylor is still there, it is undoubtedly the fight to make.

Canelo has entered 2022 as boxing’s pound-for-pound best, a title he retained thanks to a stunning 2021 that saw him unify the super-middleweight division. The Mexican superstar is already drawing up plans to create more history by rising through the divisions in search of more audacious challenges.

Already a four-weight champion, Canelo has been given the green light to jump two divisions to take on WBC cruiserweight champion Ilunga Makabu. But the biggest challenge could be at light-heavyweight, where Artur Beterbiev’s reputation as one of the sport’s most fearsome operators represents the sort of challenge Canelo craves.

WBC and IBF champion Beterbiev is boxing’s only world champion with a 100 per cent knockout record. Canelo has already won a world title at light-heavyweight after dethroning Sergey Kovalev in 2019 but a meeting against another battle-hardened Russian represents one of the biggest fights to be made in the next 12 months.

Unified lightweight champion Katie Taylor has carved out an incredible career in the ring and at 35, there are not many challenges left for her to accomplish.

The biggest, and by far the most compelling, comes in the form of 33-year-old Amanda Serrano, a seven-weight world champion – a tally only bettered by Manny Pacquiao – and another legend of women’s boxing.

Both avoided potential banana skins in December with Taylor and Serrano easing to victories over Firuza Sharipova and Miriam Gutierrez. The stage is now set for the biggest fight in women’s boxing.

Jake Paul vs any professional boxer

Jake Paul the boxer is here to stay. But until he tests himself against a professional of the sport he will still be derided as a sideshow, albeit a dedicated and entertaining one. Following wins over Ben Askren and Tyron Woodley, fighting another UFC fighter will do little to silence those questioning his role in boxing.

The Tommy Fury fight would go some way in helping his cause but with the American showing little interest in re-arranging the bout that was postponed in December, other options are being considered.

One is Julio Cesar Chavez Jr. It would represent an almighty scalp for Paul, beating a former WBC middleweight champion and the son of one of boxing’s all-time greats. Paul’s dedication to learning on the job cannot be doubted and the YouTuber has shown more commitment to boxing than Chavez Jr in recent years, with the Mexican’s professionalism persistently questioned amid struggles to make weight over the years.

Chavez Jr has lost three of his last six fights including a meeting with former UFC champion Anderson Silva in July, coming in 2.4lbs overweight before being comfortably beaten by the 46-year-old. Paul will fancy his chances.

This fight has occupied a place on lists such as these for the last three years and as more time passes, there is a lingering fear boxing might miss out on what could be an all-time classic.

Promotional red tape has killed off hopes in the past but Terence Crawford’s decision to leave Bob Arum and Top Rank and become a free agent following his win over Shawn Porter in November seemingly improves that situation.

Spence is scheduled to take on Yordenis Ugas in early 2022 and will hold three of the four major world titles in the division should he walk away victorious. Beyond that, Spence and Crawford simply need each other to definitively stake their claim as the single best fighter in the division.

Both men are undefeated and are operating at the peak of their powers. Only the winner can move on and challenge Canelo Alvarez’s standing as boxing’s pound-for-pound best.

Any hopes of Fury vs Joshua taking place in 2022 will be accompanied by extreme trepidation after its spectacular collapse last summer. Then, the timing seemed perfect. But that opportunity was missed and now, the ever-complicated business of arranging the biggest fight in boxing looks decidedly trickier.

Oleksandr Usyk now holds the IBF, WBO and WBA heavyweight titles and should he defeat Joshua again in their rematch in April, hopes for the Battle of Britain will likely be dead for good.

Fury will also have to navigate past whatever challenges present themselves with Dillian Whyte currently in arbitration with the WBC over his long-awaited title shot.

A lot will need to happen before talks that dragged for so long can even begin again. But for now, we can dream. 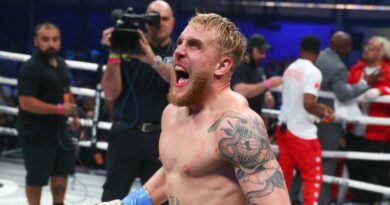 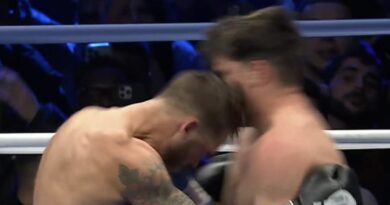 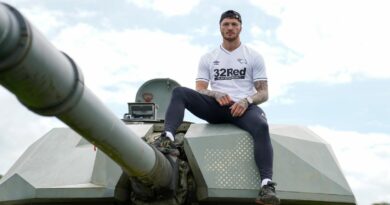