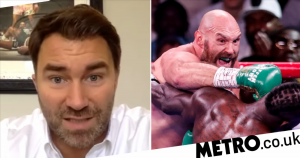 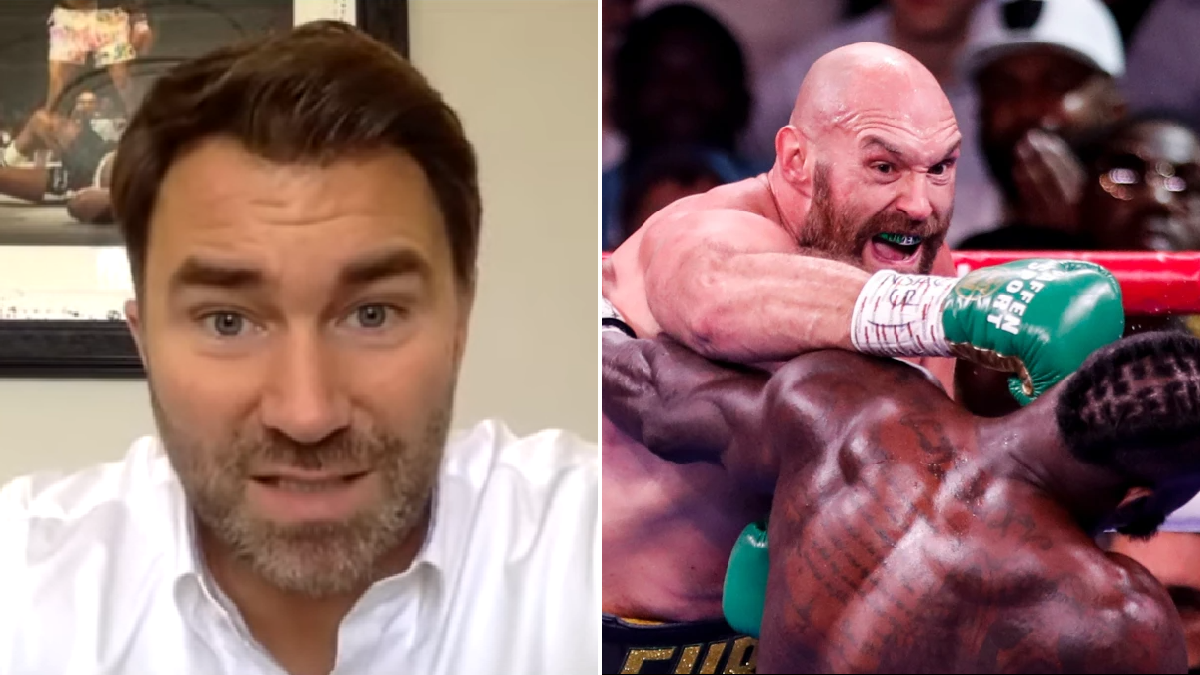 Anthony Joshua’s promoter Eddie Hearn claims Deontay Wilder looked ‘petrified’ before his clash with Tyson Fury but has praised both boxers for producing a ‘brilliant fight’ in Las Vegas.

‘Listen, it was a brilliant fight,’ Hearn told iFL TV. ‘Technically it was all over the shop but who cares? The drama was unbelievable.

‘Massive credit to both fighters. Wilder looked hypnotised before the fight and after two rounds he almost couldn’t stand up.

‘He started quite well but he looked petrified and exhausted before the fight even started. After three rounds he couldn’t stand up and I thought it was all over.

‘He comes back with the equaliser and Fury goes down twice. It was non-stop and full of drama.

‘I have to give Fury credit because he dug deep and got the win. It was brilliant for boxing and for the heavyweight division because we need fights like that.

‘I wanted Fury to win. Props to both guys and massive congratulations for Fury because it was a great win.’

Asked where the defeat leaves Wilder, Hearn added: ‘His credibility was on the floor before Saturday. He got absolutely hammered in the last fight and he was full of excuses.

‘His credibility was shot to pieces. Now I think it’s gone through the roof because although his tank was empty, he stuck in there.

‘In any normal situation, I feel the corner would have pulled him out. But he deserves credit. He’s got bottle.

‘I still think he’s in a good position. Wilder shouldn’t be disheartened because Fury is a brilliant fighter.

‘But I don’t know how much he’s going to want it after that. I just think Fury’s got his number and absolutely terrorised him mentally.’ 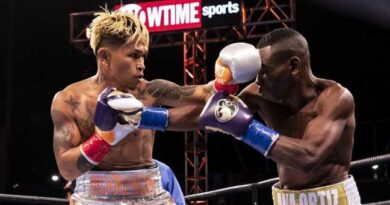 Saunders admits his poor diet could affect fight with Murray