Amir Khan has claimed that "curries" and a bad diet are to blame for holding back Asian boxers.

The Olympic silver medallist and former light-welterweight world champion made the comments about Asians in the sport of boxing after retiring last week. He has also claimed that Asian athletes use their background as an "excuse" for not reaching the top level of their respective sports.

Khan, who has family roots in Pakistan, announced his retirement from professional boxing last week at the age of 35, with his final fight coming back in February as he lost to rival Kell Brook via a sixth round technical knockout in their long-awaited bout.

He told reporters: “Look, us Asians are not really meant to be fighters. We're not supposed to be good sportsmen and women.

“Our diet is appalling. It's curries. It's not the right diet to be a champion. If you put us against a lot of English fighters their diet is a lot better. They're stronger than us. But obviously I changed my way of living. Luckily, I started very young.

“But not many Asians become sportsmen and women because we don't have the diet. We don't have the dedication. But if we see someone doing it, like if they've seen me do it, maybe that can inspire and motivate them.

“If Amir Khan has done it, being Asian and living on chapatis all his life and eating curries, we can do it. But you still have to take it easy on those things.”

Where does Amir Khan rank among the best British boxers of the 21st century? Let us know in the comments section below.

During his career, Khan won an Olympic silver medal at the 2004 games in Athens before turning professional and becoming a world champion at just 22-years-old.

The 35-year-old doubled down on his claims, adding: “It's an amazing platform for them to see what I've done and that it's possible for them to do the same and achieve what I've achieved.

“People used to say: ‘We are Muslim, we are Asian, we can't make it in boxing. We're not going to be picked.’ It's an excuse that all Asians use – that we're never going to be picked. Look at football, for example. There are no Asian footballers but guess what they all say? ‘We won't get picked because we're Asian.’

Khan confirmed he was ending his professional boxing career last Friday, just six days after long-time rival and fellow British boxer Kell Brook had announced he would also be hanging up his gloves.

The pair finally settled their differences inside the ring at the Manchester Arena in February after years of call-outs and taunts from both sides. 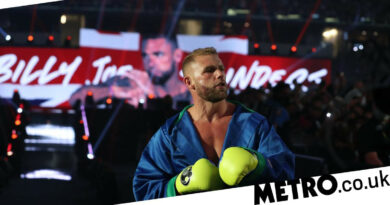 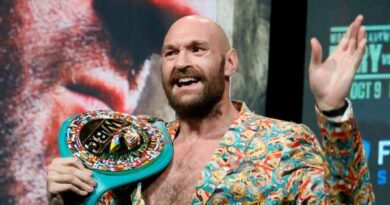