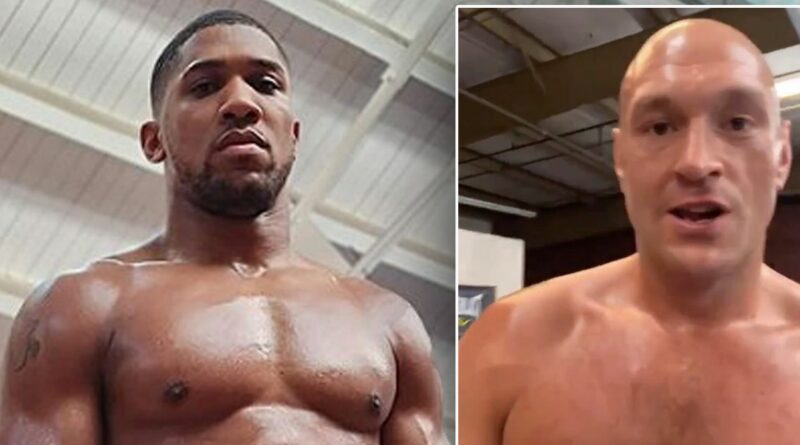 Anthony Joshua has blasted Tyson Fury and called him a “fraud” as their undisputed clash looks set to fall through.

And the Gypsy King has hit back himself, urging Joshua to fight him this weekend and calling him a liar.

WBC heavyweight champion Fury, 32, has been ordered by a US judge to face Deontay Wilder for a third time.

The Gypsy King was set to put pen to paper on a £108m superfight with WBA, WBO and IBF champion Joshua in Saudi Arabia on August 14.

But Wilder – who Fury beat in February 2020 – has won an arbitration to force another fight which has left the Joshua clash in ruins.

And Joshua has hit out at his British rival.

He said: “Tyson Fury – the world now sees you for the fraud you are.

"You lied to the fans and led them on. Used my name for clout not a fight.

“Bring me any championship fighter who can handle their business correctly.”

Fury has responded, though, by posting on Twitter [sic]: “Your more full of s*** that Eddie, Spouting absolute s****!

“Your full team knew there was an Arbitration going on, it was out of my hands! but i tell you what if i’m a fraud let’s fight this weekend bare knuckles till 1 man quits? let’s put up 20 mill each!!!”

Joshua looks set to face WBO mandatory Oleksandr Usyk in August instead while Fury could face Wilder on July 24 in Las Vegas.

The only way the undisputed heavyweight showdown can be saved now is if Wilder agrees to a financial deal to step aside.

But Fury has claimed the American wants as much as £14m to make way.

He said: “What a joke the Bronze Bomber has become.

“Looks like I have to crack his skull again.”

Fury's US promoter Bob Arum has a July 24 date reserved at the Allegiant Stadium in Las Vegas for a Wilder fight.

But the Bronze Bomber's new trainer and former heavyweight Malik Scott has claimed his man has no intention of taking a cash offer to go away as he wants revenge.

Scott said: “Wilder declined and had no interest in step aside money.

“You are dealing with a whole different type [of mentality] over here. He wants the blood not the step aside money.

"Retribution is upon us."

Another issue is WBO mandatory challenger Usyk is pushing for his shot against WBA, IBF and WBO champion Joshua.

The WBO have contacted Joshua's promoter Eddie Hearn and want a response inside 48 hours before they order the clash. 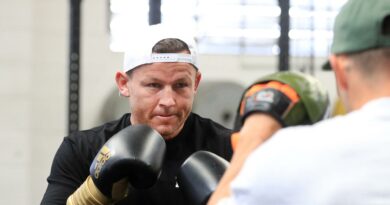 All the results from NRL All Star Fight Night