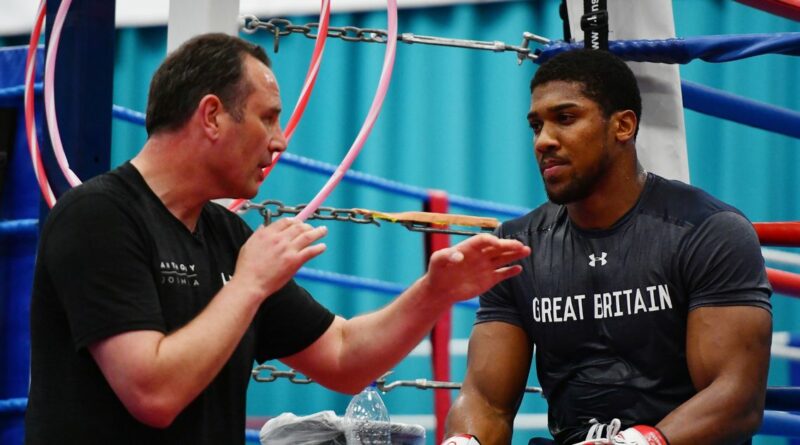 Anthony Joshua has confirmed he was searching for a new coach to add to his team – but he will not relocate to America permanently.

The former heavyweight world champion recently embarked on a tour of American gyms following his defeat by Oleksandr Usyk.

But Joshua has insisted that he will only be gaining specific training in America and will not permanently be relocating across the Atlantic.

“With the new trainer situation it is funny because for eleven years I have been in Sheffield from the age of 19 to 32," Joshua told IFL TV.

“I just looked at myself and said I need to get out of this comfort zone, because I need a new coach to learn from as well. I will not be basing myself in the States, I am a UK resident so I am not going out to the States to find a new coach.

“Rob’s in Lithuania so I need to find a new coach for certain points as I train ten or eleven months a year. So I need to step away and get some new teachings from trainers who have trained the likes of like thirteen or fourteen world champions.

“I don’t need anyone that is going to make me, I am a f****** winner but I need to get out and put myself back in the gym. In hindsight I wish I had done these things sooner, but now I can go out there and add things to my game.”

Joshua lost his world titles to Usyk last month as the Ukrainian dominated over 12 rounds to become a two-weight champion.

The rivals' rematch is pencilled in for March next year with promoter Eddie Hearn determined to stage the sequel in the UK.

And Joshua has spoken about the specific trainers he met during his time in America and what they would bring to his team.

"In ten days I went to America and wanted to narrow down the people I want to learn from," Joshua continued.

Will Anthony Joshua get his revenge in the rematch against Oleksandr Usyk? Let us know your thoughts in the comments section below.

"I might learn from a Hunter, a Reynoso, A Garcia if I say to them 'can I come and work with you for six months?' What I have learnt is loyalty is good, but trying to be too loyal can come at your own detriment.

"Yeah Rob McCracken will be in charge for the next fight, but he may need to talk to the people I want to work with. But Rob may tell me it isn't working for him so we have to do what is right for us both."

Joshua will look to take the rematch at the late stages of next year, with his promoter Hearn revealing negotiations will get underway shortly for a date and a venue.