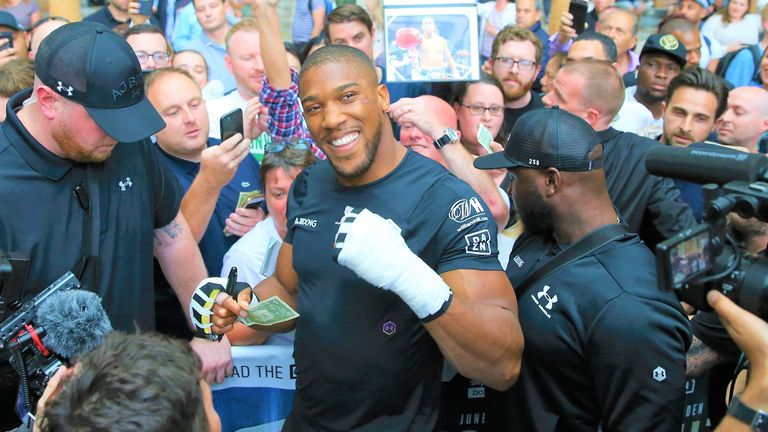 New York fight week for Joshua vs Ruiz is one I won’t forget. It was a crazy night but something else happened in the build-up that I’ll also always remember, writes Sky Sports expert Andy Clarke.

At that point I didn’t know Anthony Joshua at all, not properly, we’d just never needed to have any contact and that was totally fine.

He always seemed like a nice bloke and I’m friendly enough but I’ve never been one to thrust myself on people, the thought of it makes me cringe to be honest.

But something that had always drawn me to Anthony is the fact that he’s Nigerian. My wife, Amarachi, is also Nigerian, British-born, from London and about the same age so they’re from a similar background and one that I’ve learnt a lot about over the last 10 years.

Watch all of @AnthonyfJoshua's fights on Sky Sports Action throughout the day! pic.twitter.com/6k0aVq6Vdd

I was sitting at the press conference during fight week on the Thursday and at one point he mentioned his Nigerian upbringing and that he felt that being raised in a Nigerian house made him a good pupil in the gym because it meant he was used to a bit of tough love and blunt feedback shall we say. It made me laugh because Ama’s told me loads of very entertaining stories about her own experiences of African parenting and I’d seen glimpses of it in action myself.

After the presser, we had a fighter meeting, where we and fellow broadcasters get to sit down with the boxers individually and ask whatever we want without any cameras present. There were loads of people in the room and it went on for a long time. I’m never usually bothered about asking anything as by that stage of fight week I’ll have asked it already but I was keen to follow up on what he’d said so I waited until the end and then asked. 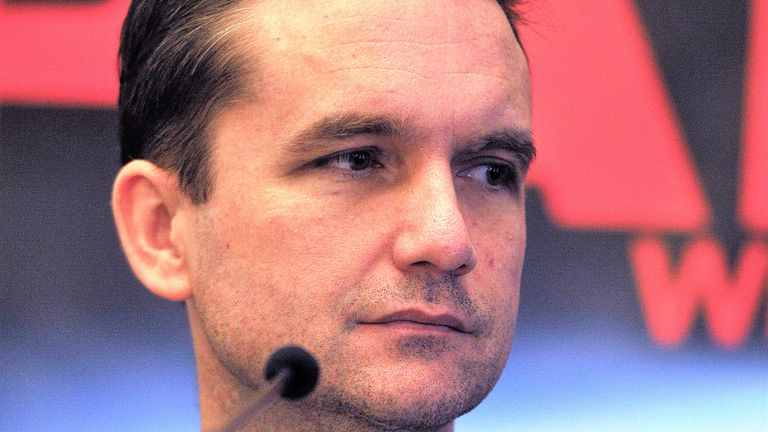 It was like having a personal conversation with someone, but in a room full of people, some of whom I knew well but most of whom I didn’t know at all.

Fifteen minutes later we were still talking, having covered pretty much everything, including my own traditional Nigerian wedding (it turned out he’d seen the footage of my glorious entrance/ringwalk at Newham town hall that Adam Smith had put out on Twitter), family, future plans for children etc. It was like having a personal conversation with someone, but in a room full of people, some of whom I knew well but most of whom I didn’t know at all.

Honestly there was more discussion of my wedding than there was of Andy Ruiz as pretty much all the boxing-related questions had been about Deontay Wilder and Tyson Fury.

Then as we were leaving I was introduced to his dad, who was keen to know how I’d found the whole experience of becoming an honorary African man, as he put it. It was very good fun. AJ’s dad must be about the same age as my in-laws and Nigerians of that generation are something else, a different breed, and I say that in the most complimentary way.

Who is the number one heavyweight on the planet? ?

The swagger and self-belief is off the scale and the cussing can be at times too (I felt for Eddie Hearn when Mr Joshua was giving it to him in the ring after Andy Ruiz had won, I really did) but it’s counter-balanced by a ready and inexhaustible supply of genuine generosity and good humour. It’s a pretty extreme combination and one that I’d never really encountered before I met my wife, or rather before I met her parents and their friends, but having been exposed to it for a good while I knew what Anthony was talking about when he threw it in as a reason why he felt he had the right temperament and level of resilience required to thrive as a boxer.

It made sense to me and that’s why I asked him about it. It doesn’t mean I have some burning insight into him as a person or that we’re now best friends but it’s just interesting how a flicker of recognition, a vague connection, can lead to a conversation you never imagined having in a setting you certainly never imagined having in it. I like things like that.

Manny Pacquiao reveals his one addiction ahead of Keith Thurman fight

Mike Tyson becomes instant hit after signing up to Cameo