Anthony Joshua will take home the biggest purse British boxing history on Saturday for his world heavyweight title rematch with Andy Ruiz Jr. The Brit previously made £18million for his efforts in the first clash with Ruiz back in June.

Joshua is arguably the biggest star in world boxing, alongside Mexican Canelo Alvarez, who makes £30m per fight as part of his broadcasting deal with DAZN in the U.S.

But Joshua will pocket more for his bout with Ruiz in Saudi Arabia on Saturday, according to the Daily Star.

Saudi officials offered up a £31m site-fee in order to secure Ruiz vs Joshua 2 – set to be the highest-grossing pay-per-view event for some time in the UK.

And Joshua will take a decent cut of revenue from those numbers, with his purse set likely to land between £45 and £60m. 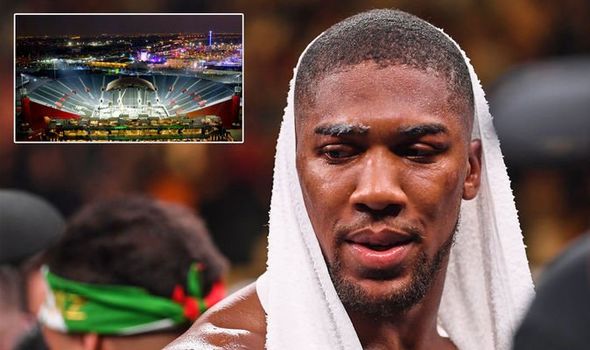 Not only will Joshua take his cut from PPV numbers – he’ll also gain financially from marketing fees and international broadcasting rights.

The clash will air in the United States in DAZN, where the event is set to get underway at around 3.45pm (EST).

A 16,000-seater stadium has been erected at the UNESCO World Heritage site of Diriyah, which sits on the outskirts of Saudi’s capital Riyadh.

Ruiz vs Joshua 2 date and UK start time: When does Saudi Arabia boxing clash get underway?

Ruiz will take home £7.5m, easily his highest payday as a professional fighter.

The Mexican’s purse was set out in the contract he signed prior to his first clash with Joshua, who was stopped in the seventh round at Madison Square Garden in June.

Ruiz made around £3m on the night he shocked the world by sending Joshua to the canvas on four occasions before becoming the first from his country to win the world heavyweight championship.

But on Saturday, Joshua, who was downed by a left hook in the third round of his first fight with Ruiz, will be looking to win back his WBO, WBA and IBF title belts. 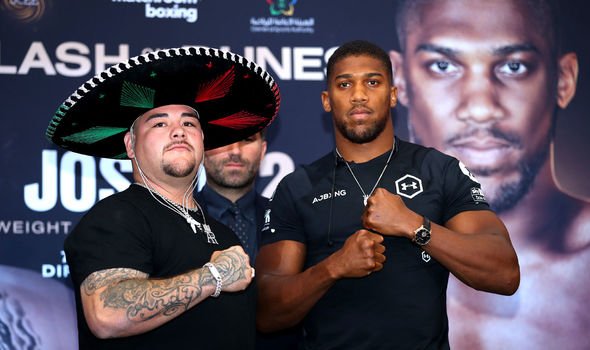 “The left hook? I’m worried about every shot in boxing, you have to be cautious,” he said.

“Ruiz and his people don’t get enough credit for his jab – he has a decent jab as well – so we need to be prepared for that.

“It’s almost good that I lost because all of the sparring partners are coming out of the woodwork now, no-one wanted to spar me before.”

“I’ve been boxing 11 years now and I have always been on top, from the amateurs to the pros, so this has been six months of letting Andy Ruiz take all that pressure.

“You’ve seen all the stuff he’s had to deal with; we’ve been dealing with that for 10 years now and it’s a breath of fresh air.

I’m no longer focused on any other opponent than Ruiz, and it feels good to just be focused on one guy.”