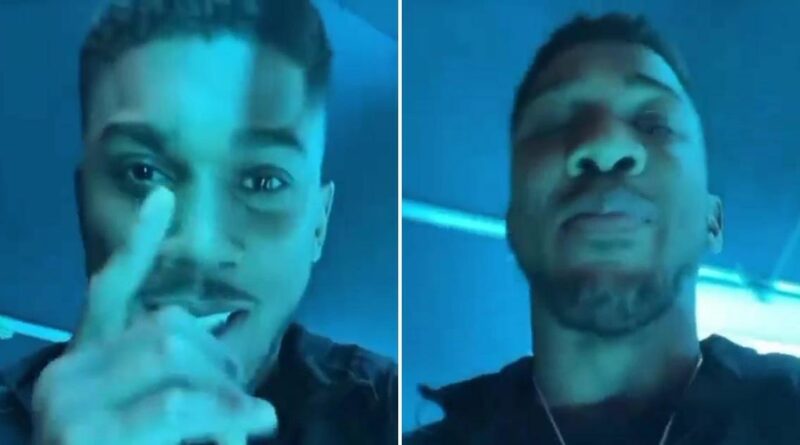 Anthony Joshua has showcased his rapping skills in a brutally-worded freestyle uploaded on Instagram.

The former British heavyweight boxing champion, 32, suffered a world title defeat in his rematch with Oleksandr Uysk in August. AJ faced backlash in the aftermath due to his monologue in the ring, where he spoke on Mike Tyson, his time in jail and the Ukraine war, after throwing his opponent’s belts and abruptly leaving the ring.

He has since posted several deep messages on social media which have been more in tune with the calm and thoughtful AJ fans have come to expect. But he has now released a barrage of savage lyrics in a freestyle uploaded by UK music legend Skepta on Instagram on Thursday.

The Insta story showed AJ facing the camera and spitting some major bars on top of Ruff Sqwad’s 2004 grime banger ‘Functions on the Low’, which was also used as the backing track for Stormzy’s hit song ‘Shut up’.

He could be heard saying: “Don’t f*** with me I’ll kill your parents,” along with “Bang. Bang. Shoot you in your head, don’t give a damn.”

Do you think AJ is a good rapper? Let us know in the comments section.

It showed a more outspoken and unfiltered version of the boxer, unafraid of breaking from the PR-speak many top-level athletes are forced to adopt these days. Though it was far from the first time the Watford-born star has showcased his rapping skills.

He gave fans a taster earlier this year at the Expo 2020 in Dubai ahead of his first bout against Usyk. With the event wrapping up, the DJ spun the instrumental to Skepta’s hit ‘That’s Not Me’ and AJ gave a nod to the Tottenham artist by rapping the words to his grime classic ‘Doin’ It Again.’

AJ will need to rely on more than his ruthless lyrics when he faces rival Tyson Fury in an increasingly likely bout later this year. Joshua accepted Fury’s very public offer to clash, which the Gypsy King later clarified included three dates – November 12, November 26 and December 3.

However, boxing expert Marcos Villegas contradicted that by claiming AJ’s promoter Eddie Hearn “confirmed that he did receive terms” from Fury/Frank Warren for a 60/40 split flight for December 17 at Millenium Stadium, Cardiff, with a rematch clause.