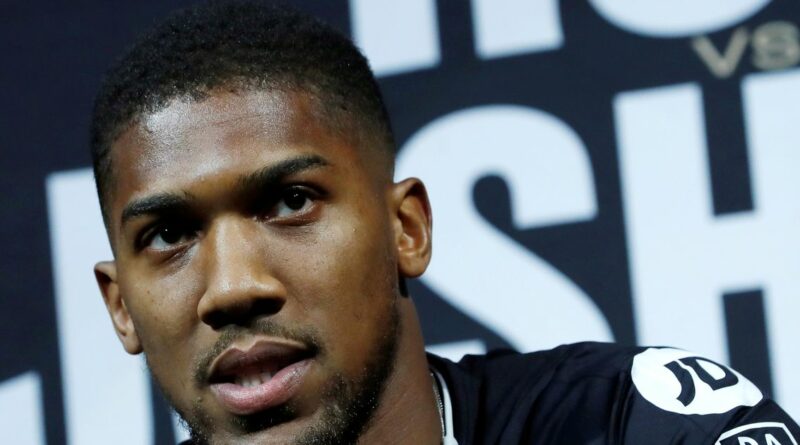 Anthony Joshua has pinpointed the vital difference between himself and Tyson Fury as he ramps up his war of words with his rival ahead of their potential fight this summer.

The unification bout is yet to be officially confirmed but both parties have agreed terms and the first of two fights is set to take place in July.

A rematch is touted to take place at the end of the year, potentially in Cardiff.

In the meantime, the two Brits will look to get under each other's skin, as they have done for many months.

In a fresh swipe, Joshua claims Fury, 32, is looking for a way out of boxing in the near future, whereas the 31-year-old says he has many years left at the pinnacle of the sport.

The WBA, WBO and IBF heavyweight champion told JD Sports : "He [Fury] can bring whatever he wants, it don’t matter to me.

"The press conference antics, the fight antics, the hands behind the back, I love that stuff that’s all part of it you know that’s his job, but my job is to close the show.

"He’s a warm-up act, he’s there to do all that stuff but ultimately my job is to close the show and that’s all that matters.

Do you agree with Joshua's claims about Fury? Have your say in the comments.

"For him, he said that after he fights me, maybe he fights Derek Chisora, then he’s ready to go off into the sunset.

"For me, I’ve still got so much more I want to do in this boxing game, the road to undisputed is part of the journey it’s not the end to the journey.

"That’s why I know I will get past this fight because I’m looking past him, I want more, this isn’t where it stops."

Joshua also provided a positive update on the status of the mega-fight, adding: "The fight, God-willing, will be this year.

"I’m saying it is going to be this year, I’m going to speak it into existence and I will be victorious."

Joshua and Fury will reportedly split a purse worth a total of £200million for their first fight, with the victor then collecting a 60 per cent share of the revenue from the rematch.